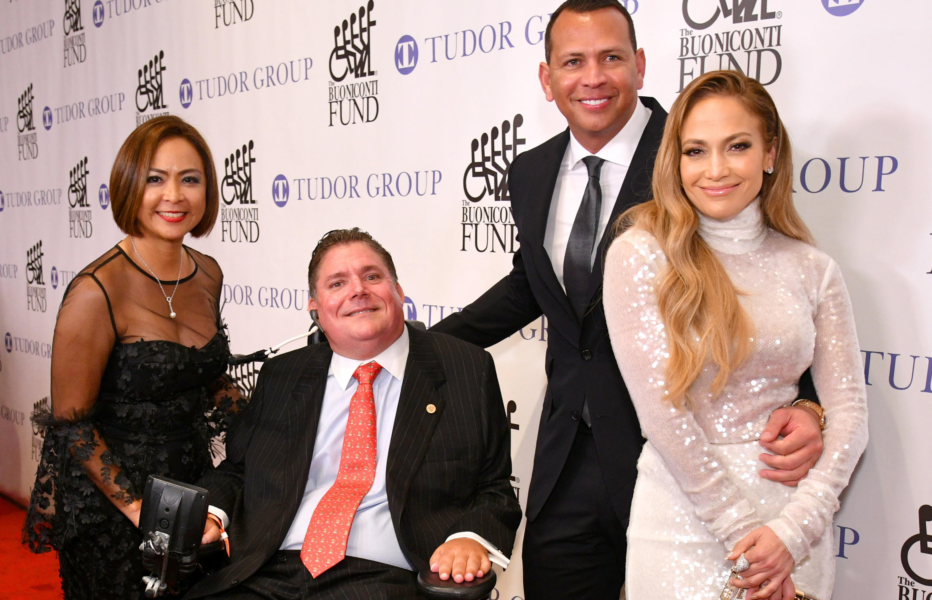 Last night in New York City a captivating gala touched the hearts of some of the biggest names in sports. The top in the industry came together for the Annual Great Sports Legends Dinner at the New York Hilton.

The Buoniconti Fund to Cure Paralysis, the fundraising arm of The Miami Project to Cure Paralysis, hosted the incredible 33rd annual event presented by Tudor Group. Thousands of guests paid tremendous honor to the foundation and the inspirational work they have accomplished. Of great note, millions were raised for groundbreaking spinal cord injury research. 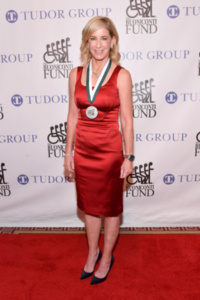 The honorees included:  Alex Rodriguez, World Series Champion with the New York Yankees and one of the greatest professional baseball players of all-time; basketball legend Ray Allen, a two-time NBA Champion being inducted into the Naismith Hall of Fame and the record-holder for the most three-point shots made in NBA playoff history; Hall of Fame quarterback Bob Griese of the undefeated 1972 Miami Dolphins and a two-time Super Bowl Champion; Mike Smith, Hall of Fame jockey who recently rode Justify to the Triple Crown; Brian Boitano, Gold Medal figure skater at the 1988 Winter Olympics as well as at the 1986 and 1988 World Championships; and actress, author and motivational speaker Amy Purdy,who is the most decorated U.S. Paralympic Snowboarder, winning three medals in the past two Winter Games in Sochi and Pyeong Chang. 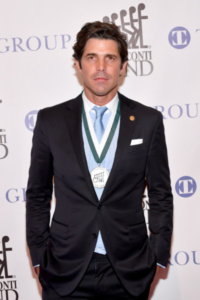 “I think the project will cure paralysis,” stated Ignacio “Nacho” Figueras on the red carpet. “It is a great example of how a tragedy was turned in to the most amazing thing that helps others. I thank them and,  I am honored to be here.”

In addition to the Sports Legends, two special awards were given: Ignacio “Nacho” Figueras, a prodigious philanthropist, top male model and one of the greatest polo players of all time, received The Buoniconti Fund’s 2018 Philanthropist Award.  Chris Evert, a noted humanitarian and tennis Hall of Famer who won 18 Grand Slam Singles Championships and three Grand Slam Doubles Championships, was conferred The Buoniconti Fund’s 2018 Humanitarian Award.

The evening was hosted by NFL Hall of Famer Nick Buoniconti and his son Marc, chaired by Mark Dalton, and emceed by NBC Sports personality Bob Costas.

“We can no longer allow people to become paralyzed and not have an answer for them,” said Marc Buoniconti, President of The Buoniconti Fund.  “This dinner and all the support we get from this spectacular group of Legends, Honorees and supporters is the fuel and inspiration we need to Stand Up For Those Who Can’t as we strive to cure paralysis once and for all.”

The evening was full of applause for the founders and those who work hard to create a better future. The dinner was touching and full of motivational speeches by the honorees. After a roaring performance by KC and the Sunshine band the night concluded with Alex Rodriquez, who showed up with acclaimed singer Jennifer Lopez, accepting his award on behalf of all the greats in the ballroom and the medical industry there.

Since its inception in 1985, the Great Sports Legends Dinner has honored more than 350 sports legends and humanitarians and has raised more than $120 million for The Miami Project’s spinal cord injury research programs. The Miami Project-Buoniconti Fund to Cure Paralysis is committed to finding a cure for paralysis resulting from spinal cord injury and to seeing millions worldwide walk again.

Each year, some of the 1,500 notable people from the worlds of entertainment, sports, media and more are treated to an evening that is both entertaining and inspirational. Over the past 30 years, millions have been raised at the Great Sports Legends Dinners, making it the cornerstone of The Miami Project’s annual budget. The Buoniconti Fund to Cure Paralysis, through the research efforts of The Miami Project to Cure Paralysis, is committed to finding a cure for paralysis resulting from spinal cord injury.