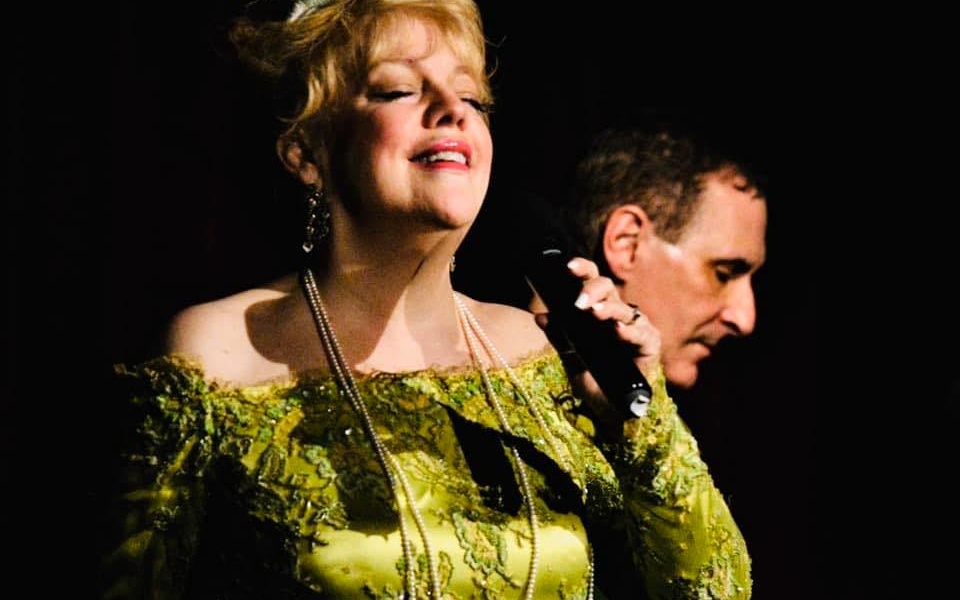 For the 3rd year in a row, cabaret favorites Mark Nadler and K. T. Sullivan rang in the New Year with an enthusiastic crowd in the cozy confines of the Beach Café on the Upper East Side.

In honor of the new decade, their show consisted entirely of tunes written during the Roaring 20’s. Of course there were the standards by writers of the Great American Songbook. But there were also surprising and entertaining numbers by lesser known writers.

They opened with a medley of songs dedicated to the party spirit: “Let’s Misbehave” (Porter), “Let’s Do It” and “Runnin’ Wild”, which you may know from the film of “Some Like It Hot”. Ms. Sullivan then crooned “I Can’t Give You Anything But Love”, followed by a Betty Boopish version of “I Want To Be Bad”. I enjoy Ms. Sullivan even more when she lets her musical hair down, and allows her wickedly funny character side to come out.

Mr. Nadler added a musically decadent notion of what makes love work with a crackin’ rendition of “Say It With Liquor.” Another highlight of the night was their duet performance of the rare Gershwin comedy love song, “My Little Ducky.”

Other standards filling out the evening included sensitive performances of  “The Man I Love” and “If Love Were All” .

Mr. Nadler is also a cabaret pianist with the crazy energy of Jerry Lee Lewis. So he chewed up the piano brilliantly on his renditions of “Birth of the Blues” and   “Pack Up Your Sins and Go to the Devil.”

To make sure they got as many 20’s songs into the hour as they could, they ended with a medley of 28 songs from the 20’s … in about seven minutes!  It finished just in time for them to ring in the New Year with “Auld Lang Syne”  and a touching encore of “I’ll See You Again.”  We all hope so.