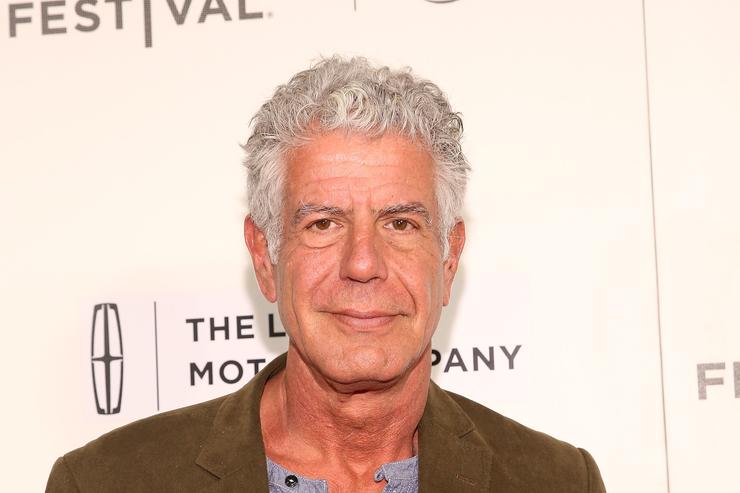 Anthony Bourdain Died From Depression, You Don’t Have To

Anthony Bourdain Died From Depression, You Don’t Have To

The tragic news of the death of celebrity chef Anthony Bourdainwas almost unbelievable to those who knew the man personally and as a TV personality. It was even more shocking to learn that he had died by suicide while preparing a new episode of Parts Unknown, a program that aired on CNN.

It turns out that the celebrity had been struggling with depression for the longest time without ever showing any signs of it. Like many others, Anthony Bourdain made every effort to mask the pain that lay underneath from the eyes of the public.

Whether it is a celebrity or an ordinary person, a depressed individual may fool their friends by looking jovial, smiling, and acting as the center of attention at the party.

You don’t have to have been diagnosed with clinical depression to care about this monster. Clearly, it can affect basically anyone who has been through life events that interfered with their social identity, sense of purpose, and daily routine.

While it is easy to confuse being unhappy with depression, the two are not the same. Depression is a creeping feeling of helplessness that you get after a major disappointment such as a breakup. Yet it is not easy to diagnose. Like was the case with Anthony Bourdain, you cannot look at a person and say they are depressed.

The following are some of the symptoms of depression that you may want to look out for:

Have you been feeling tired for unexplained reasons on a daily basis for two weeks or more? Chances are that you are depressed. When fatigued due to depression, you cannot explain it in any other way. For instance, you cannot blame it on a medical condition or increased physical activity.

Although not very clear, alcohol and substance abuse have been linked to depression. In fact, a majority of heavy alcohol drinkers are also highly likely to be depressed. It works both ways. Individuals struggling with depression have been shown to have a high likelihood of becoming heavy drinkers. As soon as they start drinking alcohol, their depression would only become worse.  If you or someone you know is in this situationI would recommend a clinic like ARCProject.org.uk, where they specialize in working with people that struggle in this way.

When depressed, individuals find it very easy to either fall asleep or stay asleep during the night. Also, excessive sleepiness ongoing daily for two or more weeks could mean you are depressed.

Watch out for signs such as significant weight loss or weight gain which together with a sharp increase or decrease in appetite could mean you are depressed. In children, depression prevents them from making weight gain due to natural growth. Depressed adults, on the other hand, may either experience drastic weight gain or loss.

5. Lack of Interest in Social Activities

When you find yourself spending time alone or unable to enjoy things that excited you before, then chances are that you are suffering from depression. Watch out for signs such as an irritable mood and apathy that last for at least two weeks.

If you have been feeling extremely sad every day for two weeks or more, then you are probably suffering from depression. While you may be able to know when you have a depressed mood, it takes another person to point it out. Irritability is a good indicator that an individual is depressed.

Are you overwhelmed with a strong feeling of guilt and inadequacy? If es’, then it is highly likely that you are suffering from depression. When you are depressed, you may end up feeling guilty and inadequate almost on a daily basis. When it becomes worse, depression can drive you into becoming delusional. So don’t assume that you are merely sick.

To an outside eye, it is very hard to point out a person who is dealing with depression. But that shouldn’t be the case for the victim. Don’t wait until you end up dead like Anthony Bourdain. As soon as you notice any of the signs above, move quickly and seek help. If it sounds like someone you know, don’t hesitate to get help, now.