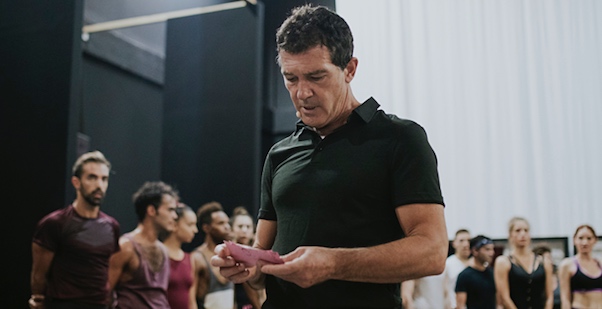 Antonio Banderas, is the promoter and creator of the Teatro del Soho CaixaBank in Málaga, Spain. Their inaugural production will be co-directed by Banderas and Baayork Lee and is a new Spanish-language production of the musical A Chorus Line, where the words will be in Spanish and the songs in English. Banderas also plays Zach the choreographer in this production.

This is a video from Teatro del Soho CaixaBank skip to 36:11

Banderas, has kept his promise with his home city to open a theatre in Malaga. After Malaga A Chorus Line, will travel to Madrid and Barcelona and then to America. “The idea is to take it to Florida, Texas and California, where it has never been performed in Spanish even though the biggest concentration of Spanish speakers in America are in those states,” said the actor.

Michael Bennett’s original choreography, as staged by Lee. Lee played Connie Wong, inspired by herself. I She has directed more than 35 international musical productions. This show has 26 performers on stage and a large orchestra of 20 live musicians, under the musical direction of Arturo Díez Boscovich.

A Chorus Line premiered on Broadway in 1975, where he spent 15 years in a row. Conceived, directed and choreographed originally by Michael Bennett, with a libretto by James Kirkwood and Nicholas Dante, music by Marvin Hamlisch and songs by Edward Kleban, he won nine Tony and Pulitzer awards. It was a paradigm shift in terms of conception, as it was inspired by the real experiences of the original cast members.