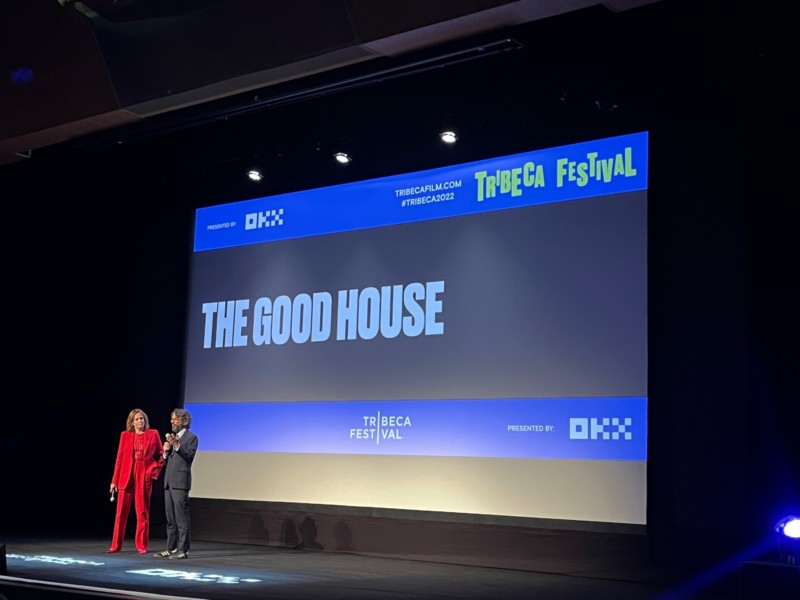 It’s been one heck of a Tribeca Festival.

Here is some applause for the projects we loved:

‘The Good House” – When New England realtor Hildy Good tries to do business with her old high-school flame, Frank Getchell, their rekindled romance ignites long-buried emotions and family secrets that propel Hildy toward a reckoning with the one person she’s been avoiding for decades: herself. Based on the best-selling novel by Ann Leary, the film is directed by Maya Forbes and Wallace Wolodarsky, and stars Sigourney Weaver, Kevin Kline, Morena Baccarin and Rob Delaney.

At the premiere screening Weaver and Wolodarsky took the stage to reflect on the touching moment of having your film come out after a pandemic pause.

“We shot this long ago and just are happy to be here with you today finally,” Wolodarsky on the opening night. 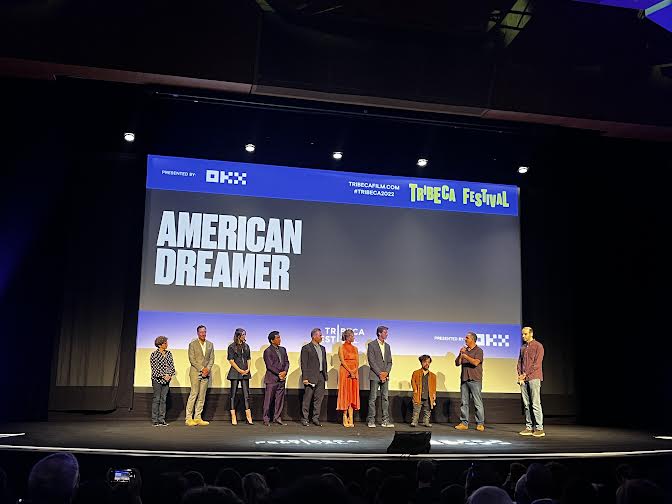 “American Dreamer” – Economics professor Phillip Loder (Peter Dinklage) poses these questions to his grad students as he himself ponders these thoughts. Phil is a twice-divorced, frustrated, underpaid professor, as well as an aspiring novelist, clamoring for bigger, better things in his life. His schmoozy real estate agent friend Dell (Matt Dillon) isn’t helping much, to secure a good deal on owning a home, so Phil takes matters into his own hands.

“You shouldn’t always have to be liked. That shouldn’t be the most important character trait for the audience,” reflected Dinklage after the screening.

He finds a posting in the classifieds for a mansion which is“$5 million as is – or $240,000 with live-in,” and, using Dell as his agent, negotiates with the owner of the mansion – ailing widow Astrid Finnelli (Shirley MacLaine) – to live in the side apartment of the house, until Astrid passes away. Once Astrid dies, the mansion belongs to Phil. However, Phil soon realizes that his seemingly fast-acting plan won’t be as easy as he thought; especially when he finds out that Astrid has an adult daughter who’s suspicious of his intentions.

“Year Zero”  – This is the kind of project that you go to film festivals to watch. It is true art from around the world that the regular public would not be exposed to if it were not for the festival circuit.

In this series of shorts directors Guille Isa, German Berger Hertz, Rose Bush, Philomene Remy, Alba Sotorra Clua, Dmitri Vologdin, Di Shen, Jessie Chisi, Kyle Bell, Corrado Fortuna take us on a journey we never thought would of been a reality not that long ago.

Filmed by ten filmmakers in ten different countries, “Year Zero” weaves together some of the most profound and unexpected stories from a moment when our world suddenly changed. 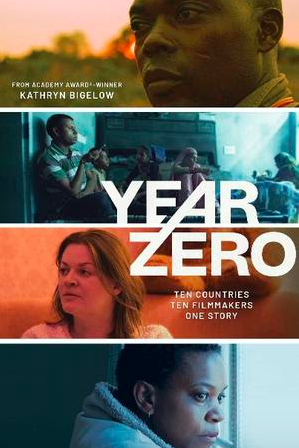 “Roving Woman” – A dramatic break up leaves Sara (Lena Góra) standing alone on her ex’s door step dressed in a dazzling evening gown. Next morning, realizing the door is well and truly shut, she begins wandering aimlessly and ends up thoughtlessly stealing a car. The long, dusty, desert roads give her a lot of time to think, to follow each childlike impulse, and to interact with the myriad odd-ball characters she happens upon during her journey. The beige tones and stalwart cacti that line her way create the perfect backdrop to Sara’s musings. These chance encounters and fleeting connections feed her enough to keep her moving ever onward as she becomes increasingly fascinated by the unknown owner of her stolen car. Refreshingly free of urgency or danger, Sara’s meandering may just lead her to where she was meant to be.

With the backing of Executive Producer Wim Wenders, first time filmmaker Michal Chmielewski’s message of trusting in the kindness of strangers is a refreshingly welcome one, even though the touches of melancholy linger.

“Lift” – Homeless shelters may seem like an unlikely place to discover classical ballet dancers, but that’s exactly what the New York Theatre Ballet’s Project LIFT program has been doing for the past 30 years. Offering scholarships to homeless, home insecure and at-risk children, LIFT exposes participants to the beauty and discipline of ballet, often for the first time, and helps them develop talent they never knew they had. Serving as mentor to these impressionable young dancers is Steven Melendez, an international ballet star who was himself plucked from a Bronx homeless shelter at age 7 through the LIFT program. Using his own personal experiences to connect with the kids, Steven’s guidance inspires them to reach for bigger dreams than they ever thought possible.

“Butterfly in the Sky” – “Two seconds into the bubbling synth sounds of itstheme song will have a child of the 1980s or ‘90s exclaiming “Reading Rainbow!” Such is the beloved and ubiquitous nature of the classic children’s literary television show that introduced millions of kids to the wonder and importance of books. Not only did the series insist on having kids speak to kids about their favorite stories, but Reading Rainbow introduced the world to one of the most adored television hosts of all time in LeVar Burton. Thanks to his direct, non-patronizing and, most importantly, kind delivery, Burton became a conduit to learning for children of every background—an entrancing guide to subjects unknown.” 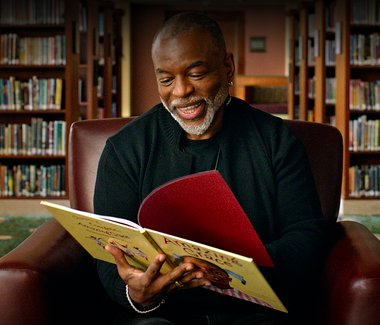 “Official Competition” – When a billionaire entrepreneur decides to get into the movie business, he commissions international auteur director Lola Cuevas (Penélope Cruz), Hollywood heartthrob Felix Rivero (Antonio Banderas), and titan of the stage Ivan Torres (Oscar Martínez) to collaborate on a cinematic masterpiece. But when these larger-than-life egos arrive for the shoot, they encounter an unexpected series of “rehearsals” set by Lola in this sharp showbiz satire.

Here is to a great film festival.