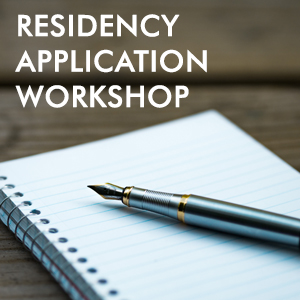 Both programs are funded, in part, by the generous support of The Leo Shull Foundation for the Arts, the Howard Gilman Foundation, the Harold and Mimi Steinberg Charitable Trust, and Drama League members nationwide.

Now in its fifth year, The Drama League Artist Residency Program has developed over 80 new plays and musicals, including The TEAM’s RoosevElvis (COIL Festival, Royal Court), The World Is Round (BAM), Georama (NYMF/Repertory Theatre of St. Louis), Assembled Identities (HERE), Distant Star (Abrons Arts Center), The Upper Room (New Ohio Theatre), and Piehole’s Hand Foot Fizzle Face (JACK), to name but a few.  The residencies – which support projects in early, mid, or late stages of development – offer financial support, rehearsal space, mentorship, and more, including programs specifically developing work by women writer-directors and by devised theatre makers.  Of special note is the Next Stage Residency, which has been reconfigured for 2018 to support the creative processes of an early or mid-career theater director for one year.

After a wildly successful pilot last spring, 2018 will mark the first offering of New Visions/New Voices, which brings underserved theatre students from across the five boroughs of Manhattan together for pre-collegiate training in directing.  While participating in the after-school program, student work with professional actors under the tutelage of acclaimed theatre leaders.  The competitive program is offered free of charge to students who want to augment their arts experience with a real-world, behind-the-scenes training initiative prior to collegiate studies.

“Supporting artists is the core of The Drama League’s mission,” noted Executive Artistic Director Gabriel Stelian-Shanks.  “Whether offering residencies to professional directors to develop new work, or giving talented high school-age New Yorkers their first experiences in the professional theatre, our goal remains the same: to create unique pathways for artistic excellence for the next generation of theatre makers.”

The Drama League of New York, since 1916, has been at the forefront of the American Theatre community, providing talent, audiences, and prosperous support. It is one of the nation’s oldest continuously-operating, not-for-profit arts advocacy and education organizations. Through its programs, initiatives and events, The Drama League serves over 3,000 artists and 15,000 audience members each season with over 150 events and programs.  For more information about events or membership please call Tom Sime at 212.244.9494 ext 101.