Applications are Open For NYC Women’s Fund for Media, Music and Theatre 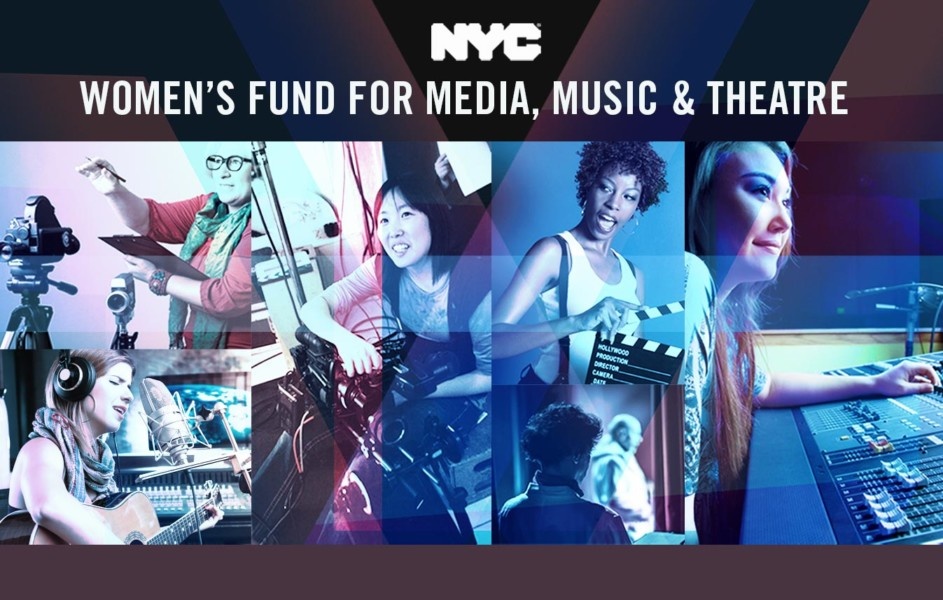 Applications are Open For NYC Women’s Fund for Media, Music and Theatre

The Mayor’s Office of Media and Entertainment (MOME) and New York Foundation for the Arts (NYFA) have announced that applications are open for NYC Women’s Fund for Media, Music and Theatre. The $5 million grant program launched last year and awarded a total of $1.5 million to 63 film, digital and theatre projects in the first round. This year, an additional $500,000 has been added to expand the fund to include music projects with a maximum grant of $20,000 each.

Originally launched as the “Made in NY” Women’s Film, TV and Theatre Fund last year, the fund is a signature initiative by MOME to address the underrepresentation of all who identify as women in the entertainment industries. With the addition of music to the list of eligible categories, MOME is increasing its efforts to target gender inequity in stubbornly male-dominated industries. One recent report from the USC Annenberg Inclusion Initiative found that from 2013-2019, only 10% of Grammy nominees were women, and from 2012-2018 only 22% of artists, 12% of songwriters and 2% of producers of 700 popular songs from the Hot 100 year-end Billboard Charts were female.

Eligible projects for music grants will include new EPs, albums, and videos for yet-to-be released works from all genres. Projects must have a significant female writing credit, producer credit, engineering credit, and/or musical lead. NYC-based producers, composers, engineers, solo musicians, ensemble bands, and orchestras that are not currently signed to a major label can apply. Applicants must also show evidence of a growing fan base and have played multiple live shows.

In addition to music projects, film, theatre, and web productions are eligible for finishing funds in the following categories (amounts listed are the maximum potential grant):

All recipients must be NYC residents. Anyone can apply and be awarded a grant regardless of actual or perceived sex, gender, gender identity or gender expression, sexual orientation, age, religion, creed, partnership status, marital status, disability, race, color, national origin, alienage, citizenship status, military status, or any other class protected by City, State, or Federal law.

Applications and eligibility requirements are available at nyfa.org/NYCWomensFund. To sign up for updates on the Fund, please visit MOME’s website. You can use hashtag #NYCWomensFund to participate in the conversation. Applications close on October 1, 2019 and recipients will be announced in March 2020.