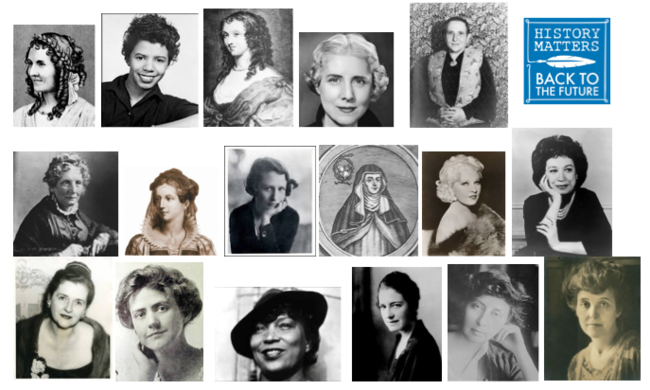 Not-for-profit History Matters/Back to the Future is accepting applications for this year’s Judith Barlow Prize now through December 31st. The Annual Judith Barlow Prize is awarded to a student playwright for an exceptional one-act play inspired by the work of an historic female playwright. Annually, the first place student winner of the prize receives a $2,500 award and a reading of their work in New York City, with a $500 award to the participating professor. The second place student winner receives a $1,000 award.

Click here to apply. Eligible students must be currently enrolled in (or have completed in the past 12 months) a class that is participating in History Matters/Back to the Future’s One Play At A Time: Historic Women Playwrights Initiative. Alternatively, for graduate students ONLY – with a professor’s permission and guidance – students may commit to reading and studying six plays by historic women playwrights in order to become eligible to compete for the prize.

The Judith Barlow Prize is named for Judith E. Barlow, Ph.D. and a Professor

Past recipients of the prize include Audrey Webb (2018) for The Only Hills We’ve Ever Had inspired by Lorraine Hanberry’s A Raisin in the Sun, Kara Jobe (2017) for Leaf inspired by Lillian Hellman’s The Little Foxes, Lindsay Adams (2016) for Her Own Devices inspired by Mary Chase’s Harvey, and Selina Fillinger (2015) for Three Landings and a Fire Escape inspired by Sophie Treadwell’s Machinal.

A national coalition of theater professionals with an entirely unique mission, History

Matters/Back to the Future promotes the study and production of celebrated women playwrights of the past and their plays in colleges, universities, and theaters throughout the country and seeks responses to those plays by contemporary playwrights.

“History Matters/Back to the Future performs a vital service to both the academic and theatrical communities,” says Founder Joan Vail Thorne. “We ensure that masterworks written by women playwrights of the past are routinely read and taught in colleges and universities and that the women who wrote them are held up as significant contributors to the art of playwriting.”