Are You Ready For Camp Morning Wood, A Very Naked Musical﻿ 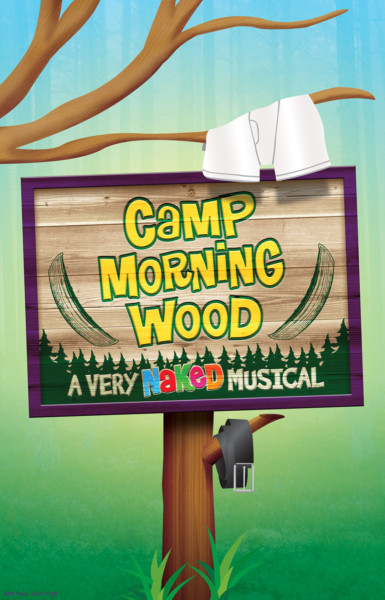 Are You Ready For Camp Morning Wood, A Very Naked Musical﻿

The official opening night is June 6 at 8PM. Conceived and directed by Marc Eardley (Fat Kid Rules the World, 50 Shades), Camp Morning Wood tells the story of gay couple that decides to escape the city for a weekend camping in the woods to reconnect and unplug but get caught up in an adventure they never expected. Performances are Wednesday and Thursday at 8PM, Friday at 10:30PM, Saturday at 5PM and 10:30PM, and Sunday at 5PM. Tickets are through Ticketmaster.com, or the Theater Center box office, (212) 921-7862 starting daily at 9:30AM.

Camp Morning Wood is presented by Get Naked LLC and Soiree Fair Inc. Gabe is a struggling actor waiting tables, Randy owns and operates a catering and events company. Despite the size of their cramped one-bedroom apartment, this New York couple feels like the distance between them is growing and a camping trip may be just the thing to reignite a spark. But, while on the road, their rental car breaks down, and they’re forced to hike for help. Lost in the woods, they stumble upon a cabin and take refuge for the night. The next morning, they’re awakened by Esteban, who welcomes them to “Morning Wood Meadows” a Gay, nudist campground.

A weekend of temptations and freeing (naked!) encounters leads the couple to new discoveries about themselves and each other that might just lead them back together. “We like to think of Camp Morning Wood as Rocky Horror meets Naked Boys Singing!,”  says Jay Falzone. “We wanted to write a show for today but one that calls back to a different era of fun, campy, crowd-pleasing off-Broadway musicals. And there’s a lot of naked TV in Europe …naked dating shows, etc… and they’re successful and normalize sexuality and vulnerability in a very fun way. Why not bring more of that here?”  “We created this show to celebrate a message of unconditional love and to remind us all that when we put down our phones and defy digital app culture,” says Will Shishmanian. “We’re re-connecting to each other in very human, analog ways. And it can be very powerful and vulnerable to connect with each other without the barrier of clothing!” “It’s a cornerstone of the Queer community to be open, accepting and free,” says Marc Eardley.

“So on this 50th anniversary of Stonewall and the year that World Pride comes to New York, we wanted to create an inclusive, diverse show that can become a part of that celebration. And in the spirit of the moment, we couldn’t be happier than to be one of the first off-Broadway musicals to feature songs by a transgender singer/songwriter. Camp Morning Wood features choreography by Chris Medlin (currently featured in Mean Girls The Musical) and musical supervision and arrangements by James Dobinson.

Hadestown Where the Music is Lush and Hope Eternal
Puttin’ On The Hits: Selling Your Off Broadway Show