Are You Suffering From Broadway Withdrawl Go To Broadway Jackbox 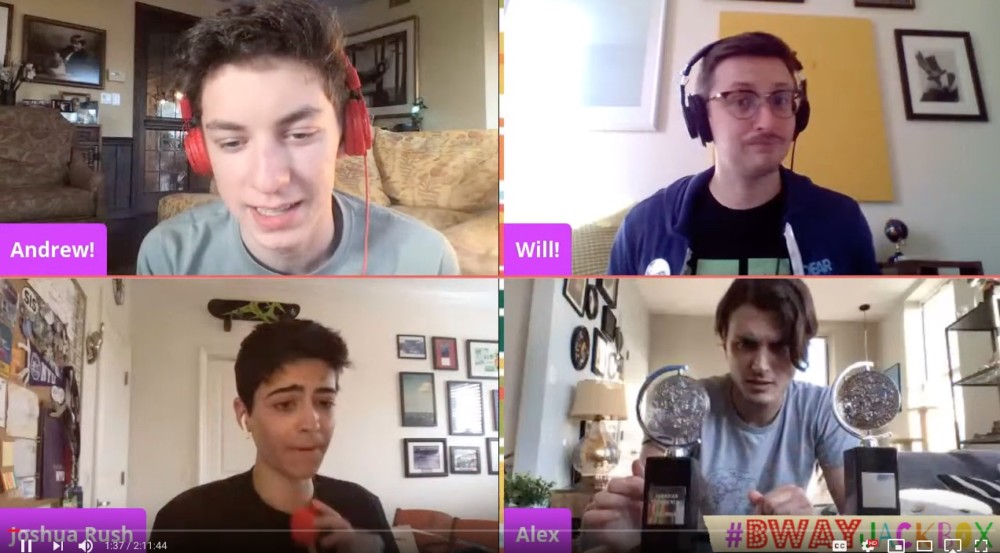 Are You Suffering From Broadway Withdrawl Go To Broadway Jackbox

There are several opportunities for audience participation as viewers tune in.

In the first episode Will Roland, JL Beaty, Joshua Rush and Alex Boniello. Interestingly I learned Alex and his girlfriend April were producers of Hadestown.