Arena Stage’s “Right to be Forgotten” Star John Austin Talks About Not Judging a Book by Its Cover, Digitally. 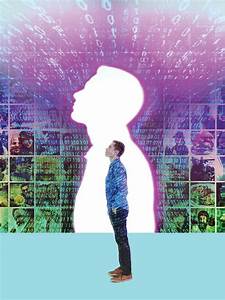 Arena Stage’s “Right to be Forgotten” Star John Austin Talks About Not Judging a Book by Its Cover, Digitally.

As we watch the political news cycle churn out story after story about the use and misuse of the modern day twitter universe, it’s clear that the Internet and the people that siphon through it never forget, pulling up history and shoving it openly into the present. Sometimes it’s a good thing, especially in the city of Washington, D.C. where accountability is key to understanding the nature of a politician. But in Sharyn Rothstein’s new play, Right to be Forgotten which is getting its World Premiere this month at Arena Stage, Washington, D.C., the inability to forget past mistakes has a darker and more dangerous side.

Within that compelling context and complex universe, a young man is haunted by a mistake made when he was seventeen years young online a decade ago. Desperate for a normal life, he goes to extraordinary lengths to erase his indiscretion. But freedom of information is big business, and the tech companies aren’t going down without a fight. Written as a striking allegory about privacy, social media and human forgiveness in the age of the internet, the play attempts to pose a series of profound questions. Rothstein (By the Water, USA Network’s “Suits”) intuitively wonders, “What happens when our humanity clashes with our technology?” And “who in the end controls memory on the internet?”

Directed by Deputy Artistic Director Seema Sueko, this riveting new drama about one man’s fierce battle to reclaim his right to privacy, marks the return of actor John Austin (Arena’s Kleptocracy), alongside side Guadalupe Campos (Arena’s Native Gardens), to Arena Stage. Frontmezzjunkies was given the chance to pose a few questions of his own  to Austin about his experience within and his connection to the powerful play that is filled to the brim with secrets, lies and political backstabbing. Here’s how he responded:

Ross: Good to meet you John. Can you tell me a little about what intrigued you about this show? And how you came to be involved?

John: Hi Ross, thanks for reaching out. I remember preparing for Right to Be Forgotten auditions back in March. The first time I read the script… even on my computer screen, the play produced the most visceral reaction I have had to reading a script—ever, in my life. By page 5, a lovely first date taking place in the play takes an unexpected turn. The shift that takes place locked me in for the rest of show. I imagine audiences might experience a similar sensation. This play grips and does not let go.

Ross: How is it to be playing this role? To inhabit this character on stage? How does it speak to you?

John: Playing the role of Derril Lark is the greatest undertaking of my career thus far. That visceral reaction I had at first read remains. It calls me to the role and to the story. Some days, though, it makes me want to look away from the content. Yet my job, my responsibility is to keep looking, examining, and discovering anew. In that way, a strong connection to the material presents a challenge and opportunity. Ultimately, I trust it to guide me as I develop relationships with the other characters in the play, and the other talented collaborators with whom I get to bring this story to life.

John: Not looking away.

John: Not looking away.

Ross: What do you want the audience to get from this show and from your character?

John: Appearances aren’t what they seem, especially in the digital age. What does it mean to truly know a person, now? How does Internet facilitate that connection and, at the same time, obfuscate it? My parents taught me, “You can’t judge a book by its cover.” So why do we judge a Facebook by its cover photo?