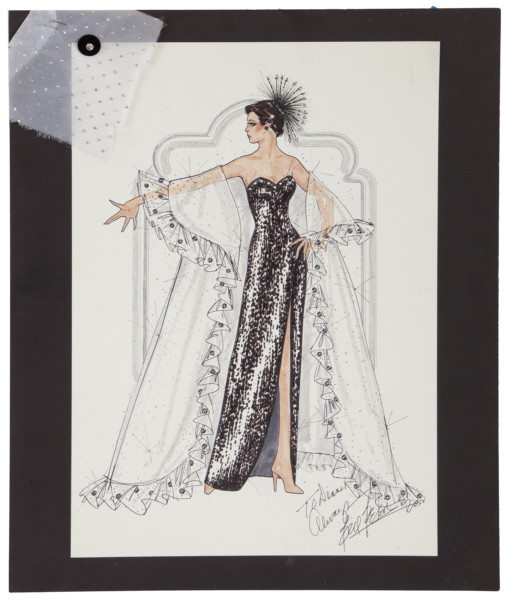 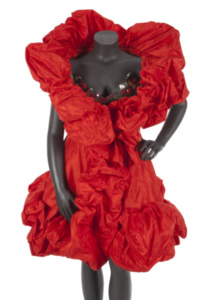 Julien’s Auctions, the world-record breaking auction house, honors one of the greatest singers of all time, “The Queen of Soul,” with Property From The Career Of Aretha Franklin November 10th, live at the Hard Rock Café in New York and online at juliensauctions.com. Over 30 stage worn dresses and accessories worn by the eighteen time Grammy award winning singer/songwriter and one of the best-selling musical artists of all time who sold more than 75 million records worldwide, will take the auction stage as part of Julien’s Auctions’ two-day music extravaganza Icons & Idols: Rock-N-Roll taking place Friday, November 9 and Saturday, November 10. Full lineup to be announced on a future date. 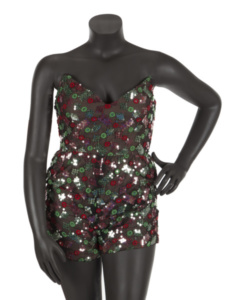 Born in Memphis, Tennessee on March 25, 1942, Aretha Franklin began singing gospel music as a child and playing piano at the New Bethel Baptist Church in Detroit, Michigan where her father C.L. Franklin served as minister. After touring across the U.S. with her father’s gospel caravan, she landed a recording contract at the age of 18, with Columbia Records then with Atlantic Records where she broke out as a star with her 1967 album I Never Loved a Man the Way I Love You. The album produced some of Franklin’s all time classics including “Respect,” ”Do Right Woman, Do Right Man” and the album’s title track; the album went gold and Rolling Stone hailed it as one of the greatest albums of all time. By the late 1960s with her smash albums Lady Soul and Aretha Now and their mega-hits “Chain of Fools,” “Think,” “I Say a Little Prayer,” and her 1967 signature song, “(You Make Me Feel Like) a Natural Woman,” written for her by Carole King, Gerry Goffin and Jerry Wexler, Franklin was crowned the undisputed “Queen of Soul.” From the 1960s until the end of her life, Franklin was a civil rights and women’s rights activist and performed her songs “Respect” and “Natural Woman” which became anthems of these movements at protests and toured with Dr. Martin Luther King Jr., Harry Belafonte, Andrew Young and Jesse Jackson. 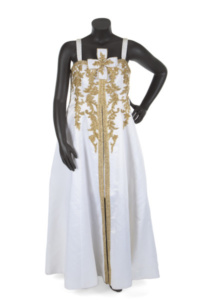 In the 1970s, she recorded the albums Spirit in the Dark, Young, Gifted and Black, Amazing Grace and Sparkle and won five Grammys including Best R&B Recording and Best R&B Solo Vocal Performance, Female. In her career, she would earn 44 Grammy nominations and win a total of 18 Grammys. In the 1980s, she received critical acclaim in her role opposite John Belushi and Dan Aykroyd in the film The Blues Brothers and achieved further commercial and critical success with her albums Jump to It and Who’s Zoomin’ Who. Her other hits included “Rock Steady,” “Ain’t No Way,” “Freeway of Love, “I Knew You Were Waiting (For Me) (duet with George Michael) and more. In 1987, Franklin became the first woman ever to be inducted into the Rock and Roll Hall of Fame and in 1991, Franklin won the Grammy Legend Award and the Lifetime Achievement Award in 1994. In 2011, the Recording Academy again honored the singer with a tribute from Yolanda Adams, Martina McBride, Christina Aguilera, Jennifer Hudson and Florence Welch. Franklin received numerous achievements and honors including the Presidential Medal of Freedom in 2005, the National Medal of Arts, induction into the UK Music Hall of Fame and the Gospel Music Hall of Fame, a Kennedy Center Honor, and a star on the Hollywood Walk of Fame. Throughout her career, Franklin recorded 112 Billboard charted singles, 17 top-ten pop singles, 100 R&B entries, and 20 number-one R&B singles, becoming the most charted female artist in history and was ranked in 2008 by Rolling Stone as the No. 1 greatest singer of all time. She died on August 16, 2018 at the age of 76 of pancreatic cancer. 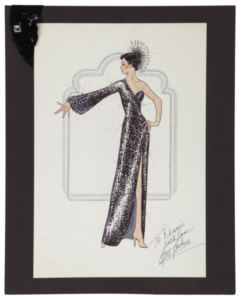 “Julien’s Auctions is honored to present this auction event celebrating the tremendous talents, power and grace of America’s greatest singer of all time, Aretha Franklin,” said Martin Nolan, Executive Director of Julien’s Auctions. “On and off the stage, Ms. Franklin was also a great fashion legend and this collection of her most show stopping looks demonstrates why she was not only the queen of soul but the queen of style.” 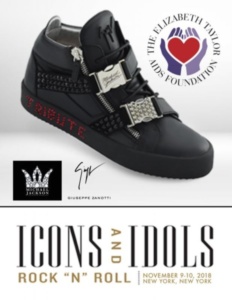 Highlights include (various estimates from $800-$4,000): a red with sequined interior dress designed by Arnold Scassi with a matching sequin romper worn on stage Sept 13, 1991 at Radio City music Hall; a St. John knit jacket worn Sept 29, 1999 at the National Medal of Arts Ceremony with President Clinton in Washington D.C.; a black Oleg Cassini dress worn at the ESSENCE Awards in 1993 with Lena Horne and Tina Turner; a denim jacket given only to the crew members of The Blues Brothers; a Judith Ann Plus dress worn in concert and on the cover of Jet magazine; a pink beaded bustier and pink skirt worn April 17, 1993 in the Duets Concert AIDS benefit for the Gay Men’s health crisis, that included artists and celebrities Clive Davis, Rod Stewart, Dustin Hoffman, Bonnie Raitt, Gloria Estefan, Barry Manilow, Smokey Robinson and Robert DeNiro; a Jean Claude Jitrois, designer to Beyoncé, Kylie Jenner and others, silver leather jumpsuit with clear plastic circles inserted; a light green suit worn on TV for Oprah Winfrey’s 40th birthday; sketches including a Bill Beleu costume design of a strapless dress with high slit and a translucent overcoat that Franklin wore to the 1983 American Music Awards when she won Favorite Soul/R&B album and a Bill Beleu design of a sparkling black dress with a high slit and asymmetrical sleeves as well as hats, shoes and more. 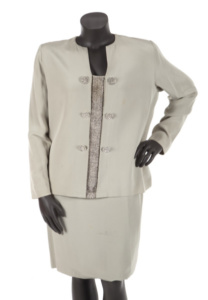 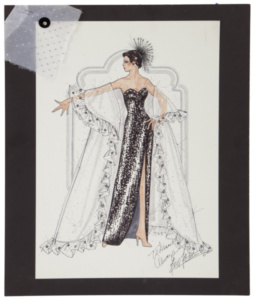 Registration is required to bid in this online auction and can be done in person at the exhibition, or online before the sale at the JuliensAuctions.com Registration page to bid by phone, proxy or in person, or online at JuliensLive.com to bid live online, or by calling (310) 836-1818. 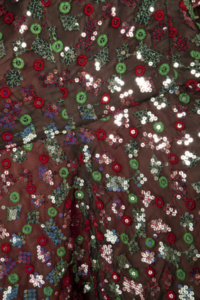 There are four ways to bid in this sale: 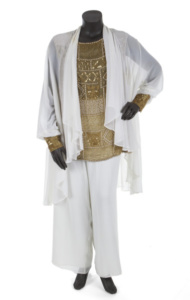 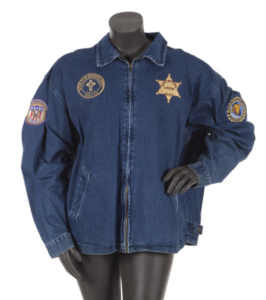