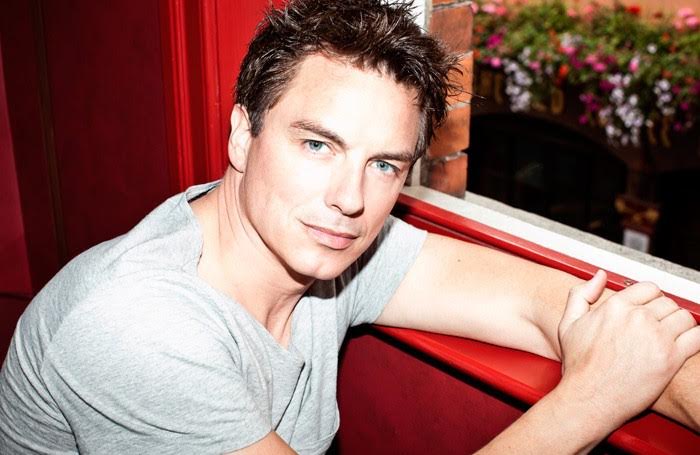 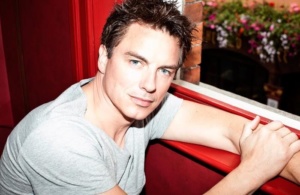 International theatre and TV star John Barrowman MBE returns to perform in London in Seth Rudetsky’s Broadway @ Leicester Square Theatre concert series for 3 intimate performances produced by Mark Cortale, on April 13 & 14. John Barrowman is best know in the U.S. for his role of Malcolm Merlyn (aka The Dark Archer) in the hit TV series “Arrow” based on the Green Arrow comic books, and in the UK as Captain Jack Harkness, in “Dr Who” and “Torchwood.” Seth Rudetsky most recently starred in London in a charity gala of his Broadway musical “Disaster!” in 2016 at Charing Cross Theatre. Broadway @ Leicester Square Theatre began in 2013 with Patti LuPone and returned with Audra McDonald and Will Swenson last year. What differentiates this concert series from any other perhaps, is the seamless mix of intimate behind-the scenes stories from Broadway’s biggest stars – prompted by Rudetsky’s probing, funny, revealing questions – and their stellar singing of the musical theatre repertoire. This is a spontaneous evening of hilarity and show-stopping songs that is not to be missed.

John Barrowman landed his first professional role, starring as Billy Crocker opposite Elaine Paige in the Cole Porter musical “Anything Goes.” Since then, John’s career as a leading man in musical theatre has seen him star in many West End shows, including “Matador,” “Miss Saigon,” “The Phantom Of The Opera,” and “Sunset Boulevard.” John made his Broadway debut in the role of Joe Gillis in “Sunset Boulevard.” He then returned to Broadway starring in Stephen Sondheim’s “Putting it Together” with Carol Burnett. Sam Mendes’ UK premiere of “The Fix” at the Donmar Warehouse garnered John an Olivier Award nomination as Best Actor in a Musical. He appeared in the West End most recently as Albin/Zaza in the Menier Chocolate Factory’s award-winning production of “La Cage Aux Folles,” performing to full houses for nine weeks in 2009. This role won John the 2010 What’s On Stage award for Best Take-over in a Role. In HM The Queen’s Birthday Honours 2014, John was appointed a Member of the Order of the British Empire (MBE) for services to entertainment and to charity. For more information please see www.johnbarrowman.com.

Mark Cortale is the Producing Artistic Director at The Art House in Provincetown, Massachusetts. He produced Deconstructing Patti on Broadway this past September at the Nederlander Theatre with Broadway Cares/Equity Fights AIDS starring Patti LuPone and Seth Rudetsky which raised over $280,000 in one night. Mark also produced the feature film “Varla Jean and the Mushroomheads” and the web television series “Seth’s Reality”.  He manages the singing string quartet Well-Strung which he co-founded. Info at markcortalepresents.com.

Stephen SorokoffJuly 25, 2022
Read More
Scroll for more
Tap
What If You Had Ten Minutes To Express Your Feelings?
Win Two Tickets to the Bistro Awards and See André De Shields Being Honored