Artists in Residence Songs Dealing With These Times: Adam Gwon 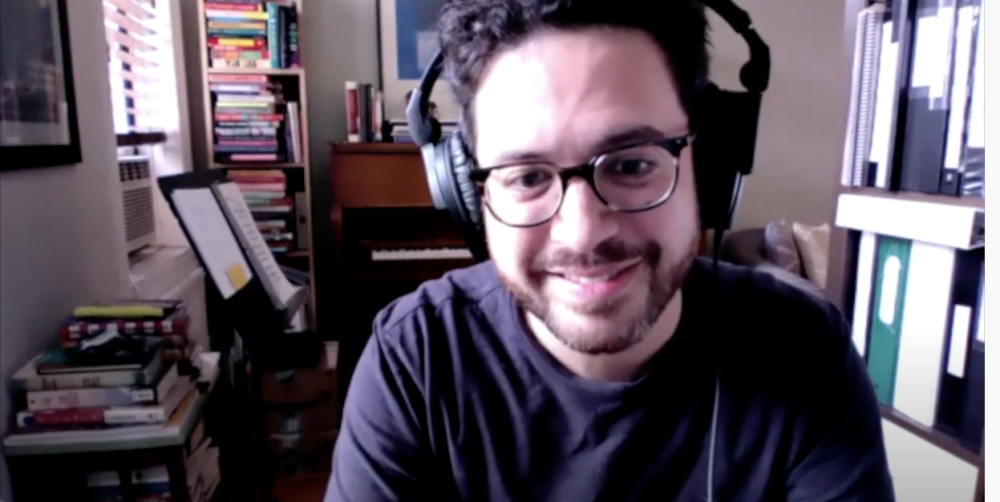 Artists in Residence Songs Dealing With These Times: Adam Gwon

Adam Gwon was named one of “50 to Watch” by The Dramatist magazine and hailed “a promising newcomer in musical theater by The New York Times.

Adam contributed songs as a staff writer on the hit webseries Submissions Only and for Stephen Schwartz and John Tartaglia’s The Secret Silk on Princess Cruise Lines.

Adam has been a fellow at the MacDowell Colony, the Hermitage Artist Retreat, the O’Neill Music Theater Conference, and the Dramatists Guild, is a graduate of NYU’s Tisch School of the Arts, and is a member of ASCAP and the Dramatists Guild. He served on the Tony Awards Nominating Committee from 2015-2018, and currently sits on the Board at Roundabout Theatre Company.

My favorite song on Artists In Residence, a collection of brand-new songs written and performed by members of the theatre community (all from their homes) is Find My Way Home sung by Patina Miller. Gwon’s song transcends COVID into a dementia or to someone losing what their world and life has been like. It is a lyrical song that is haunting and addictive.