Artists in Residence Songs Dealing With These Times: Joseph Zellnik 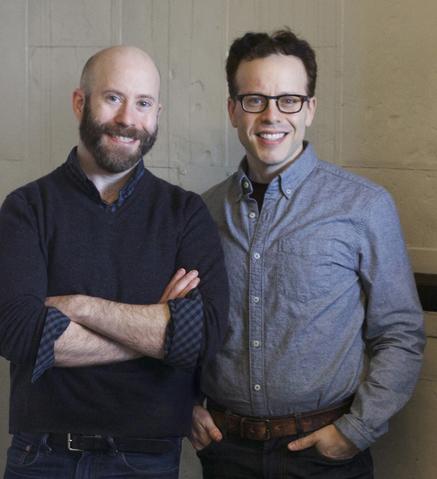 Artists in Residence Songs Dealing With These Times: Joseph Zellnik

Joseph and David Zellnik are best known as the composer and lyricist/librettist (respectively) of Yank! which premiered Off-Broadway in 2010, received 7 Drama Desk nominations (including Best Musical and Best Score) as well as Best Musical nominations from the Outer Critics’ Circle, and Lucille Lortel Foundation. An Original Cast Album is available from PS Classics. The show has also had award-winning regional runs in the US, in Chicago, San Diego, Columbus, Richmond, and Louisville and more, and wen international in 2017, with productions in Manchester, London and (in Portuguese!) Rio de Janeiro.

Joseph and David’s previous musicals include First in Flight for TheaterworksUSA, and City of Dreamswhich won the 2002 Nat’l Music Theatre Network competition and was performed at the first Int’l Music Theatre Festival in Cardiff, Wales and the New York Midtown Int’l Theatre Festival. Two songs from City of Dreams are featured on Alison Fraser’s 2000 album Men in My Life.

Their newest musical is Ruth and the Panda tells the story of a New York dressmaker who became a celebrity and then activist when she brought the first live panda out of China in 1935 (currently in development…stay tuned!)

New York Day sung by Santino Fontana is a lush, melodic ballad written for the album Artists In Residence, a collection of brand-new songs written and performed by members of the theatre community (all from their homes). It’s a tune that might have been sung back in the 40s or 50s by a young Frank Sinatra, or by a female singer like Dinah Shore or Doris Day.

Suzanna BowlingJuly 25, 2021
Read More
Scroll for more
Tap
What To Watch September 30th To Take Away The Blues
The Glorious Corner