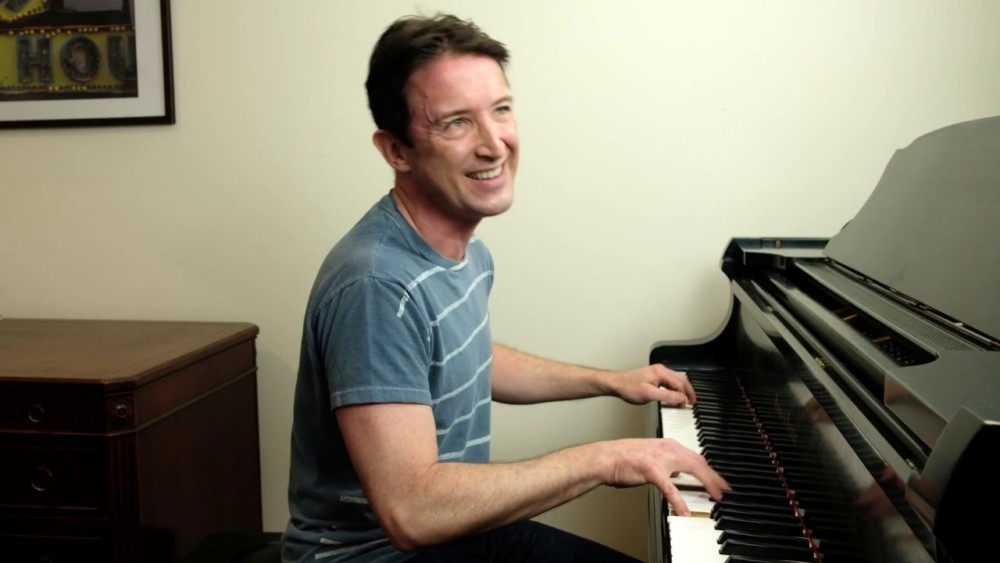 On June 6th Broadway Records (Van Dean) and producer Andrew Gerle released Artists in Residence, an album of original songs dealing with COVID. The brain child behind this project was Andrew Gerle, whose inspiration came the morning after Broadway’s closure. “I wanted a way to help people in the industry who I knew were going to be out of work for a long time, but also to show the world that we can continue to create art, even when separated. With everyone these days having some kind of recording device, be it a phone, a podcast mic, or a more sophisticated setup, I knew it wouldn’t be too difficult to put together from a technical standpoint. I contacted artists I knew and the result is a CD that I am very proud of.

Andrew Gerle, is an American composer, orchestrator and pianist known for his musical adaptation of Meet John Doe with librettist Eddie Sugarman which premiered at the Ford’s Theater in Washington. He is the recipient of four Richard Rodgers Awards and a Jonathan Larson Grant and was nominated for seven Helen Hayes Awards. His musical Gloryana is an eclectic original musical that asks are we defined by our heritage? Or can we transcend our history, as individuals and as a nation, and re-invent ourselves? As a musical director and accompanist he has worked with Leslie Uggams, Jennifer Holliday, Brian Stokes Mitchell, Michael Rupert, and Liz Callaway to name a few. He was selected by the Rodgers and Hammerstein Organization to create a complete re-orchestration of South Pacific for a major regional production, and has worked on projects for composers including John Kander, Ricky Ian Gordon, Scott Frankel and Michael Korie.

To T2c’s Suzanna Bowling sat down with Andrew to learn more about the album and this creative genius.

Artists in Residence, gives back to the Actors Fund and the Dramatists Guild, two organizations doing essential work supporting theatre artists during the economic shutdown.

All tracks were products of collaborations and recordings done from the artists’ homes.

Tomorrow we go inside the studio and the making of Artists in Residence.

All video’s are filmed by Magda Katz.

Suzanna BowlingSeptember 19, 2022
Read More
Scroll for more
Tap
The Glorious Corner
What To Watch September 20th To Take Away The Blues