Ask Bob Blume – Column #19 – What is Trending in Entertainment? with Krystin Goodwin

Ask Bob Blume – Column #19 – What is Trending in Entertainment? with Krystin Goodwin

Bob enjoys educating his audience and bringing expert guests to teach those in the know or just beginning in the business of show. Helping out The Actors Fund covid 19 relief effort, this column offers any donations you care to give.

Today’s guest is the Fox News Trending Reporter on Sirius XM Radio  Krystin Goodwin. Krystin is a working actress whose recent credits include Tommy and Bull last year on CBS and a recent appearance on this season’s The Politician. Goodwin is also a Step Forward Entertainment client.

Mark from Los Angeles, a fan of Krystin wanted to know about the trending part of the entertainment industry.

Krystin stated that, due to the Covid – 19 shutdowns that the industry is dealing with, we will be seeing a huge amount of content on the various streaming services, i.e. Disney, Apple Plus, Hulu and all the other options such as Netflix, Amazon, etc.

Delays in production are leading film studios to push back blockbuster films such as Black Widow by Marvel and Top Gun Maverick from 2020 to late 2021.

Studios really want to make sure they have an audience and are still researching strategies for re-booting cinemas as movie theaters are struggling.

In her opinion, the film companies are NOT seeing the same dollars from streaming that they do from the theater box office receipts.

However, it is the wild, wild west for content creators geared for streaming services and for those in the mix it is the perfect time.

Krystin and Bob, briefly discussed the various streaming services. Bob has heard that IMDB is also headed that way.

Another trend Krystin mentioned is one that has people connecting virtually in google hangouts, virtual happy hours to meet and discuss ideas.  Hastened by Covid shutdowns, this is how people are now connecting.

She then spoke about the stress people are dealing with and thus are turning to technology via meditation apps to help.  She noted that it was quoted that guided meditation on youtube had increased 40% since mid-March and is a sign of the times.

2020 has been so stressful that many Americans, as well as the rest of the world are turning to youtube and other mental wellness apps to de-stress and cope.

As a working actress, Bob then asked what trends did Krystin see with respect to actors within the business.

Krystin’s response was that the major change is the replacing of almost all live auditions with auditions via technology.

Actors and content creators need to have their own quality setups in their homes.  This includes backdrops, lighting, sound, camera, etc. This is a must as this is how the industry will rely on finding talent for the foreseeable future. This trend will continue until the pandemic is over and we don’t when that will be.

She spoke about auditions on skype, ecocast live, zoom and the learning curve associated with it. She recently recording a professional podcast recording via skype and how one needs to adjust.

Krystin used a personal story to explain to explain another trend that encompasses being booked on a show, regarding Covid tests and safety measures. Prior to March this was non-existent.

Bob thanked Krystin and mentioned he would like to bring her back once a month to discuss current trends. 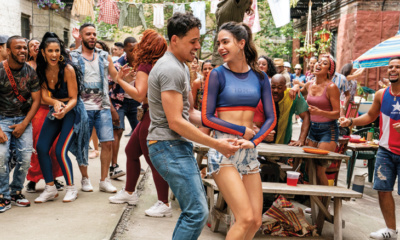 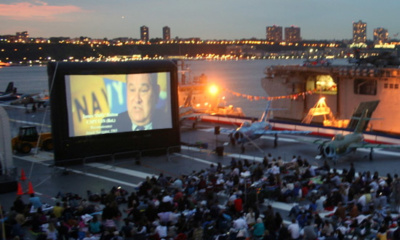 Suzanna BowlingJune 15, 2021
Read More
Scroll for more
Tap
Music News: Lala, Andrew Lloyd Webber’s Cinderella: The Musical, I Put A Spell On You and If The Fates Allow: A Hadestown Holiday Album,
Join The TheaterMakers Summit