Hi everyone, this is ASK BOB BLUME – a twice weekly visual column with summary discussing issues pertinent to the entertainment industry and appearing exclusively here on Times Square Chronicles. I am your Host and president of Step Forward Entertainment, a Talent Management and Production company located in both New York and Los Angeles. I am currently in New York.

Our column is also a benefit for The Actors Fund Covid 19 relief effort and I ask you to go to the link below on your screen and donate if you are in position to do so.

The subject of today’s column #40 is The Creation of Special 3K, a diverse female singing group I created during the pandemic that have been creating virtual live concerts. The 3 members are the guests on this column which is the 2nd of 2.

To bring you up to speed, my associate Marya Coburn scouted and found these 3 young talented clients Kea Chan, Denise Kara and Kayla Merrow, who were then signed by Step Forward Entertainment and put into a planned live concert with other performers in March at The Green Room 42.

Due to lockdown, this did not happen and the next time these young performers were together was in the summer, 2020 when they could return to Cambridge Studios to work with music director and teacher, Bobby DeLeon.

During that time, I saw the natural chemistry the girls had and formed a group and titled it Special 3K as all their names started with a ‘K’. We did some concerts on Metropolitan Zoom, the virtual nightclub, which were successful. We have another coming up on February 13th at 3pm EST and the link for tickets is metropolitanzoom.ticketleap.com 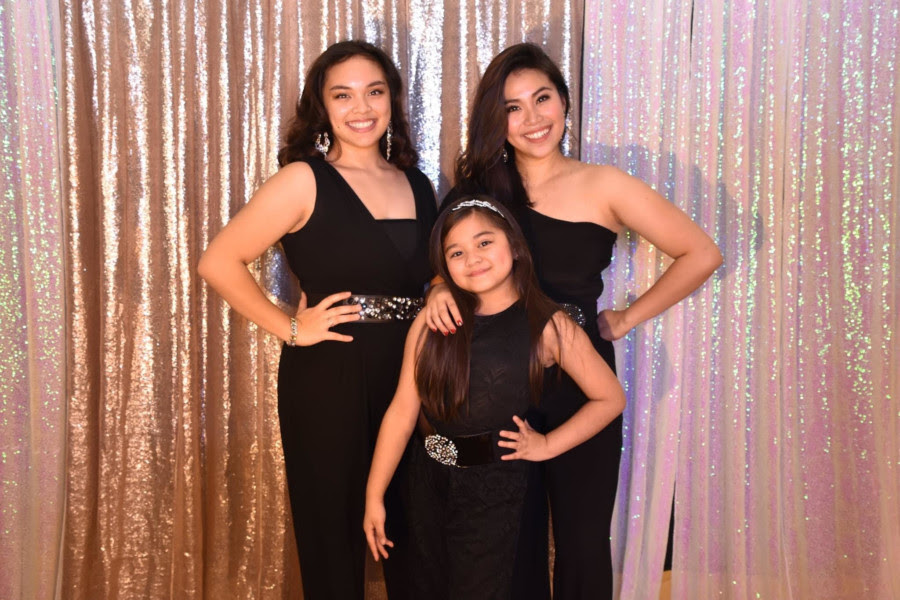 Bob Blume: After the pandemic, where do you see Special 3K going and what would you like to be doing?

Now for the interviews……….

Kayla Merrow: I look forward to performing live. The energy working with these girls and from the audience will be a great excitement for me. I would like to tour the Philippines, as I am proud to be half-Filipina, as well as New York, Las Vegas and more.

Bob Blume: I made a point of establishing how many Filipino stars are in American mainstream entertainment such as Bruno Mars, Ariana Grande, Lou Diamond Phillips and Vanessa Hudgens.

Denise Kara: Like Kara, I can’t wait to perform live and want to tour the world, especially Hollywood, California, Paris (Kea interjected Paris Disneyland and she is right) I have performed live but this time it will be with a group who are my friends.

Bob Blume: I made the point that they will probably be traveling the world as solo performers down the road but as a group with special friends, there is a different excitement.

Kea Chan: Of course, I want to tour the world with them as they said and I have toured Asia. However, my goal is to do a musical based on Special 3K with all of us and shoot a film about us.

Bob Blume: Brought up the music director, Bobby DeLeon, an integral part of this group, and its creation musically. I asked each of them how working with Bobby has affected them.

Kayla Merrow: I love the fact that Bobby pushes you to better. Where you don’t think you can go, he forces you to go and you get there. I gave the example of my performing LOVING YOU. I never thought I could hit those very special notes needed for that song but Bobby believed in me and pushed me. I now have gone beyond. He is so special.

Kea Chan: Tito Bobby helped me a lot and changed my voice completely. In the Philippines, I sang pop and then opera. By doing so, however, I lost some of my middle voice. Bobby has helped me recapture it and move beyond. He also helped me control and properly use my vibrato. He has been amazing.

Denise Kara: He is so much fun to work with, especially his joking. He also changed my voice. Before, I could not hit the high notes and he taught me techniques that allow me to hit new notes and stylize my singing so I can do ballads in addition to rock n’ roll.

Bob Blume: I must say, Bobby has changed you all for the better. When we get out to the marketplace, this will help us be successful adding to the enormous talent each of you possess. Another reason is all of you have families very much involved. Kayla’s mom is a professional singer; Kea’s ‘American mom’ Marya Coburn has been very influential in her overall development since she arrived in America and her father was her vocal coach growing up with the support of her real mom in the Philippines; and Kara’s dad taught her dance steps and works with her music as he is a professional DJ. All the families and the girls are really nice people with good values.

I now promote you to purchase a ticket for $20 for our February 13th concert at 3pm EST on Metropolitan Zoom. As many that can watch on the one device can see it for one $20 (or $30/$40) ticket. Make a drink, get some food and it will almost be like you are there. Link to purchase tickets and see more information CLICK HERE

ALL: Before thanking everyone and saying goodbye, all of us showed our shirts with Kea’s being a logo of Harvard University; Kara’s a Hogwarts; Kayla a tiger; and Bob a NY Ranger logo.

Hope to see you all on February 13th at 3pm EST on Metropolitan Zoom watching our concert!!!