How do I get a NY or LA agent for my talented child when I do not live in NY or LA? With special guest Ted Maier, Director of Youth Division for Avalon Artists Group in Los Angeles and New York!

Bob opened up by announcing a new format for this column which is having a guest professional, Agent Ted Maier from Los Angeles who is the director of the Youth Division of the bi-coastal talent agency, Avalon Artists Group. Ted has oversight of this division in both LA and NY.
He announced that the discussion with Ted would need more than one video column so this would be the first of two columns. So look to Column 5 for the 2nd part of this interview.

He then reminded his viewers/readers that his columns are a benefit for The Actors Fund and if anyone is so inclined and can afford to please donate (even $25) as the Fund helps all those in the entertainment industry.

Bob then introduced and welcomed Ted, reading a statement then a question from Cynthia V of Corpus Christi, Texas,who said “I am a Mom of a 10 year old daughter who acts, sings, dances, does school plays and I believe is very talented and can work professionally. How do I go about getting her an LA or NY agent, especially as I do not live in those areas being in Corpus Christi. And if I did live in NY or LA, what would be different.”
Bob then turned over the interview to Ted to answer and elaborate. Ted made the following points over the next period of time.

Things have changed in the past few years as both Ted and Bob previously had to represent youth clients that lived in the NY or LA market to have a chance of success.But not now! You now do not have to live in LA or NY for your kid to have success in the entertainment business. He then went on to say that approximately half of his division’s roster does not live in either location but in different cities and states across the country.

Cynthia wondering how to get an agent from LA/NY when the family doesn’t live in either market is a good question.Ted just got back from Texas at a scouting event and saw kids with a lot of talent from Corpus Christi, Katy, Houston, San Antonio and cities he had never heard of. This is what a lot of agents like himself are doing these days, going “out there” across different markets around the country to find talent kids. For example, if Ted finds a talented kid he has interest in Corpus Christi, a professional relationship can be forged from a distance using technology like Zoom as Ted and Bob are doing now. He can communicate with the kid (& parent) using Zoom and acquire auditions for them that way. Ted has found a lot of kids from events across the country.

Ted went on to say that you parents and children can attend events where you find agents and managers, both online and in person, in your closest market.  For Corpus Christi, Houston is probably the closest market.
Once you have an agent in these markets, we can still work with you and you don’t have to live in Los Angeles (or NY). Now, Bob and he are used to having talents living in our markets, where they have to be for commercials.  Commercials have such a fast turnaround for casting, callbacks and shooting and are live, and in person, thus if you don’t live in NY or LA, you cannot make the audition.

However, fast forward to 2020 with the pandemic and things have changed on the commercial landscape. You can do auditions online now.  Also for film and tv auditions, you don’t have to be in NY or LA. You audition on tape from home and send the audition to Ted who then submits to casting. If you get a callback, it would be on tape or a live Zoom call and the producer, director, etc who make the decisions will be on the Zoom audition call – and if you book the role, then you fly out to NY or LA to film with a paying job in place!  To be continued……

End of Part 1 and Ted and Bob will continue the discussion in the next column #5.

To Donate to The Actors Fund:  go to www.actorsfund.org/stepforward 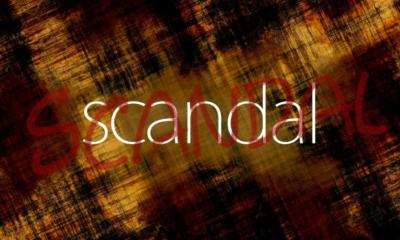