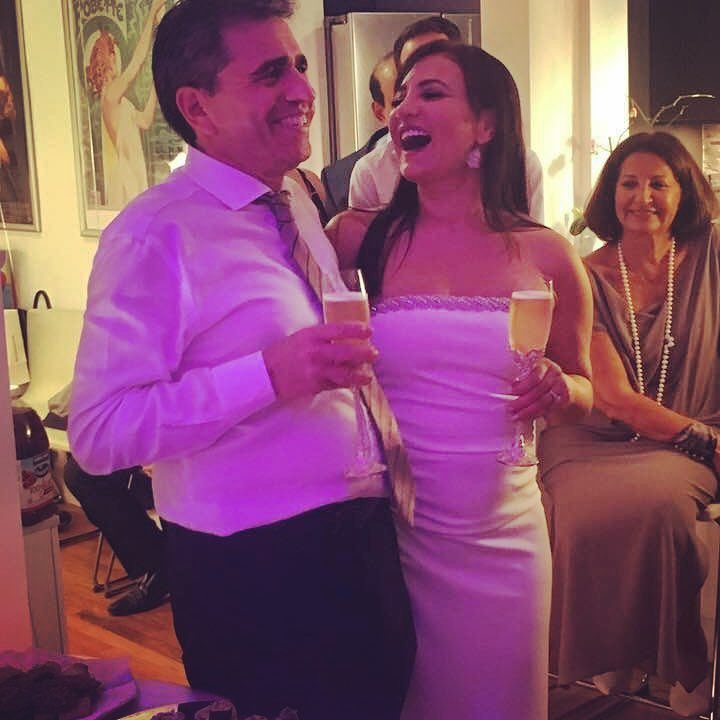 Ask Sam: 90 Days to Husband #2….Happily Ever After

Ask Sam: 90 Days to Husband #2….Happily Ever After 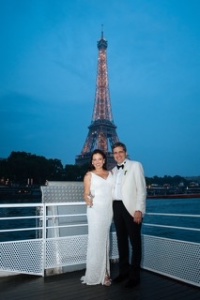 A while back I stared in my own real life New York City romantic comedy. A modern version of “Crossing Delancey” meets “You’ve got Mail”. What resulted was a whirlwind romance culminated in a fairytale ending with a Wedding in Paris on the Seine in front of the Eiffel Tower!

“90 Days to Husband #2″started out as an absurdly titled series of articles following my experience on a dating app. This particular app was the new release by Joseph Shapira, creator of JDate. Aimed at Jewish Millennials so they can date and hopefully mate something akin to Tinder but kosher being the result.

It started out as a guide to successfully dating via app, with me often complaining about how men seem to have no idea how to date anymore and how my heart breaks for millennials. Who even though they are masters of electronic communications, lack the verbal skills and flirty know how, to grow a romance and cultivate it into a relationship with substance.

As you may know from previous articles I’m a very open minded person. Articles like, “Booty Calls, One Night Stands and Friends with Benefits” an example. Post divorce I had sworn off romantic, monogamous, ‘forever’ love and simply explored the gamut of different kinds of intimate relationships available to us modern single gals in the city. In the 60’s people explored ‘free love’, now there are apps to help you find what is known as the ‘hook up’. Similar to ‘free love’ but a little colder, faster, and efficient thanks to this world of mobile apps. In decades past you’d ask somebody for ‘a light’ and that would start a conversation. Now that nobody smokes anymore and asking if one has a USB to recharge your vape stick is just not quite the same. Making it harder for us to start a conversation with strangers.

Even though,“90 Days to Husband #2” was meant to be outlandishly titled, it worked. Logically, my beaten up heart and an app did not have me believing that I could find true love. However, I let my imagination wander. Being open to the possibilities of “What if” can be a very powerful thing. Intention laid out, plan and effort exerted equals a result. Love is never logical, so despite the illogic of my quest, I decided to go for it! There was no point wasting my time and writing a series of articles to do it half baked. As an image consultant who spent years telling my clients they could go after anything they wanted and succeed if they were willing to do what was required, I was ready, I owed it to myself personally and professionally.  I had nothing to lose and I was ready.

I thought about animals in the wild and the mating  selection process. When an animal decides its time to mate, they’re aggressive about it. They make it known. They send out special scents, fluff fur, fan feathers, maybe a mating called thrown in for good measure, letting everybody know they are in heat. There are dramatic displays, dances and noises. Some bird species are required to show their nest building skills in order to be considered by the female as a viable candidate for making babies with. I kind of like that idea. If successful, some species mate for life, sometimes just to produce offspring, If the mating ritual is unsuccessful, the animals go their separate ways until the next candidate. There is a process with great intent and energy behind it.

I became my own best client and put together my proven client tested plan.

The plan included creating a profile, uploading a recent headshot, full body length shot, and a bio. Then I looked at my calendar and made a call to action for 90 days. The focus was working out, eating right, dressing carefully and hair and make up. I was constantly thumbs a blaze in the message box of my app. Rigorously receiving and sending messages, forcing myself to go out on a date every night.  Sometimes I went on lunch dates followed by both cocktail and dinner dates in the evening. Upping the ability to screen more “applicants”in a day.

Time and focus with massive effort equals success. Since 90 days is not a lot of time, lunch meetings coffee dates, drinks and dinner we’re part of my rigorous regimen. “90 Days to Husband #2” chronicles my dates, thoughts and mental state during this seemingly impossible mission.

Dating is difficult. It got to a point where I couldn’t take it anymore. The classic being knocked down before the big win. I couldn’t have scripted the storyline better if I tried. I was at my wits end. A few months prior I had made plans to leave the country and start a business overseas. Most of my apartment was already packed up or sold off.  I needed my remaining strength and funds to close up and clear out gracefully and on time to catch my plane. My days left in Manhattan were numbered. Our heroin had written off love and was escaping to start a new life in Cartagena.

“Just one final swipe” I told myself.

Voila! There he was! An intelligent face with sparkling kind eyes, a few silver hairs that reassured me that he might have learned a thing or two on life’s journey, a warm smile and an energy that seamed to leap through the screen! I felt a surge of electricity, yearning, wonder and admiration when I saw his picture and read his profile. I clicked the “Like” button.

Six dates later left me on a plane with a date for the holidays in NY.

The holidays turned into three months and an invitation to, “Build a life together.”

I replied, “Walk with me”, and proceeded to ask him if we could knock out some walls a redo everything. A metaphor? We got engaged on a boat on the Hudson, pink and gold shimmering sunset on one side, glowing moonlight on the other. In front of the Stature of Liberty, surrounded by the skyline of hopes and dreams, I knew we had started our never ending journey of “Love and Design”. @Love and design project

This June we got married on a boat on the sun in front of the Eiffel Tower in Paris. Miraculously, two, first generation franco-american jews, with the majority of both their families in Paris and shared love of New York and design found each other!  We quickly realized each one of us possesses everything the other person is not and needs. We’re each others left and right leg and together we can walk, with a bit of swagger. In the big bad city, at the last second, on an app not meant for us, we found love.