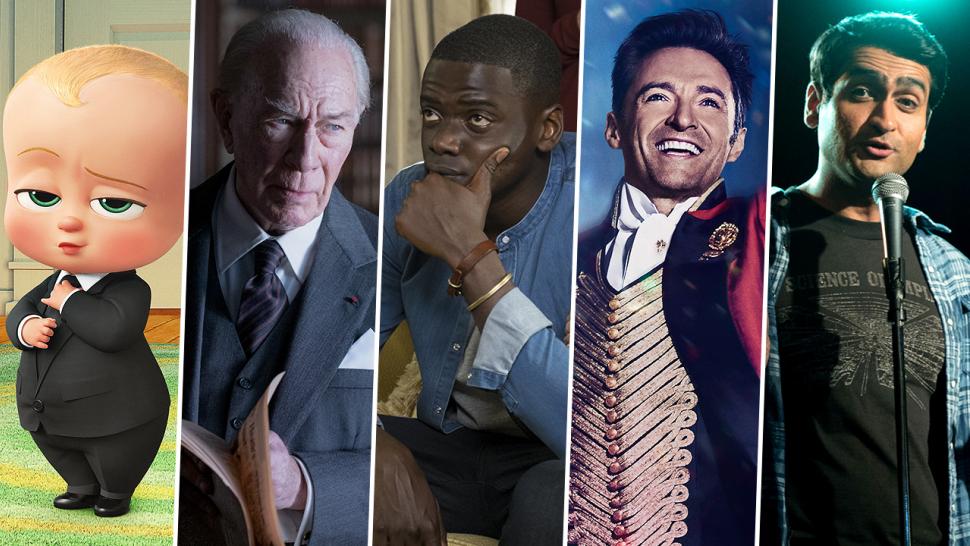 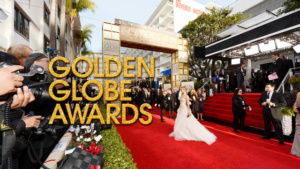 Just as the Waterford ball drops, so does the anticipation for the 75th annual Golden Globes — the first major awards show of 2018. Being broadcast live, the show can be seen on NBC, Sunday, January 6th, starting at 8 pm ET.

Which of course begs the question of how to assess these choices they’ve made into nominees. Can one at least take advantage of their odd splitting of categories which allows for more nominees to be assessed and under slightly different terms?

First, here’s the films in the running for the Globes Best Of Movies categories. Up for the “Best Motion Picture – Drama” is “Call Me by Your Name,” ”Dunkirk,” “The Post,” “The Shape of Water” and “Three Billboards Outside Ebbing, Missouri.”

As for the HFPA’s choices of “Best Motion Picture – Musical or Comedy,” there’s these films: “The Disaster Artist,” “Get Out,” “I, Tonya” “Lady Bird” and “The Greatest Showman.”  None of these films are out-and-out comedies but at least “Showman” is a genuine song-and-dance original musical. I’ll bypass commenting on it since I haven’t yet seen it.

With the other pictures, they could easily land on any indie “best of” list. They’re all essentially small productions with either breakout talent or leads who have performed well before but provide nearly tour de force performances in these films.  In both “I, Tonya” and “Lady Bird” their respective female leads manage career-defining performances. “Get Out” seems like a horror film but is really a well-crafted genre bender. And James Franco really imbues “The Disaster Artist” with the idiosyncrasy it merits.

Ridley Scott (“All The Money in the World”) and Steven Spielberg (“The Post”) reflect those who use a mainstream, tried-and-true approach to polished directing. And both of their films have a sense of importance and offer relevant social criticism. The first tackles the role that traditional media has in illuminating the wrongs committed by government; the second addresses the wrongs a man can commit when he has too much money and power — in this case those wronged are his own family.

Christopher Nolan (“Dunkirk”) really causes us to re-evaluate the traditional war drama by focusing on a moment of history — when 300,000 British troops were trapped by Nazi invaders on Dunkirk’s beach in 1940 — to throw audiences into the experience of being there. 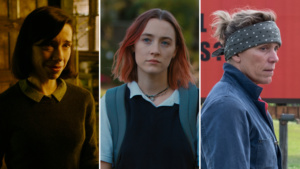 None of the choices for “Best Performance by an Actress in a Motion Picture – Drama” can be faulted, yet this set offers few surprises. In picking tried-and-true veterans Jessica Chastain (“Molly’s Game”) Frances McDormand (“Three Billboards Outside Ebbing, Missouri”) and Michelle Williams (“All the Money in the World”) the HFPA relies on actors who offer consistent quality performances but not necessarily ones that are career-defining. And Meryl Streep (“The Post”) so often lands on the list, its almost too expected that this choice for nominee is not to be trusted to be the best since she lands on the list every time. She does a fine job in this film but her effort is that of a craft person and is not her best work.

Only with Sally Hawkins (“The Shape of Water”) did these arbiters anoint a performer with a nomination which is so deserved because the actress did something pretty off-base in playing a character who never speaks and who falls in love with an aquatic creature.

With the “Best Performance by an Actor in a Motion Picture – Drama” category, there’s at least two candidates — Daniel Day-Lewis (“Phantom Thread”) and Gary Oldman (“Darkest Hour”) — who provide some surprises. Of the two, Oldman is my choice for the award. The performances of Tom Hanks (“The Post”) and Denzel Washington (“Roman J. Israel, Esq.”) are top flight but that’s expected with these consummate professionals. But it’s in Timothée Chalamet (“Call Me by Your Name”) that a new talent gets the exposure he deserves for his performance as a confused teenager who engages in a life-defining affair with an older man.

In the “Best Actress in a Motion Picture – Musical or Comedy,” several films deserving attention got highlighted thanks to the skillfully drawn characterizations of historical figures by Judi Dench (“Victoria & Abdul”), Margot Robbie (“I, Tonya”), and Emma Stone (“Battle of the Sexes”). Saoirse Ronan (“Lady Bird”) deftly played an idiosyncratic young woman who is coming of age. But as to Helen Mirren’s work in “The Leisure Seeker,” I know little since I haven’t seen the film.

As for Best Performance by an “Actor in a Motion Picture – Musical or Comedy,” Steve Carell (“Battle of the Sexes”) and Daniel Kaluuya (“Get Out”) certainly define the pictures they are in. I am less sure of the work by Ansel Elgort (“Baby Driver”) James Franco (“The Disaster Artist”) and Hugh Jackman (“The Greatest Showman”). I haven’t seen these films, but these actors have  been awarded enough accolades by cinematic cognoscenti that I trust they are worthy of the nomination. 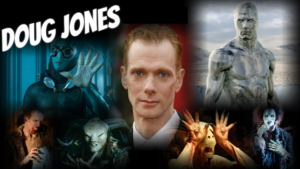 Doug Jones, the one guy not nominated but deserving of it

In the “Best Supporting Actress in a Motion Picture” category, the nominated actors veer outside the expected. Octavia Spencer (“The Shape of Water”) has been a film award nominee previously; everyone else here in this category do their films proud enough to equally qualify for the award. I couldn’t say whether Mary J. Blige (“Mudbound”), Hong Chau (”Downsizing”), Allison Janney (“I, Tonya”), Laurie Metcalf (“Lady Bird”) deserve the award because all of these performances were excellent. But I admit to favoring Hong Chau since the film and her performance is so quirky. As for “Best Supporting Actor in a Motion Picture,” candidates Willem Dafoe (”The Florida Project”), Armie Hammer (“Call Me by Your Name”), Richard Jenkins (“The Shape of Water”), Christopher Plummer (“All the Money in the World”) and Sam Rockwell (“Three Billboards Outside Ebbing, Missouri”) are all meritorious choices. But the one that was unexpected or least less predictable has to be Willem Dafoe’s in a uniquely unvarnished film. The one actor not on the list who is really deserving a nomination is Doug Jones as the creature in “The Shape of Water” — he gave it a emotionally rich life even though hidden by costuming.

For the sake of brevity and focus, I will bypass commenting on the other categories of “Best Screenplay in a Motion Picture” and “Best Original Score in a Motion Picture.” I will add though, if for nothing else, I want “Loving Vincent” to win in the “Best Animated Film” category because of its amazing originality — it’s the first animated film to be made entirely of images based on Vincent Van Gogh’s paintings and style. As for “Best Motion Picture – Foreign Language,” everyone one of the nominees — “A Fantastic Woman.” “First They Killed My Father,” “In the Fade,” “Loveless” and “The Square” — are powerful examples of cinematic story-telling. Nonetheless, I admire Angelina Jolie for making “First They Killed My Father,” a painful narrative about the atrocities committed by Cambodia’s genocidal Khymer Rouge. And check out “The Square” which is a searing critique of the art world.