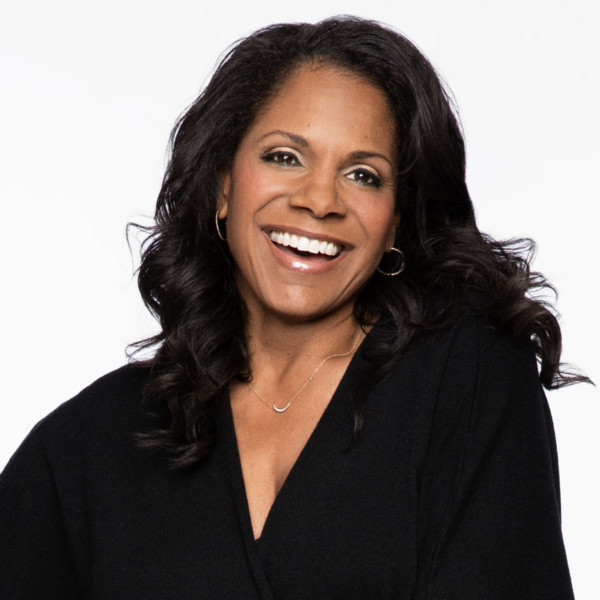 Obie Lifetime Achievement Award Winner, and a member of the Theater Hall of Fame, Adrienne Kennedy will make her Broadway debut with this production at age 90. A well-known prize-winning playwright as well as lecturer and author who has been contributing to American theater for over six decades, Kennedy is best known for her plays such as Funnyhouse of a Negro (Obie Award), June and Jean in Concert(Obie Award), Sleep Deprivation Chamber (Obie Award) and numerous other plays and books.

“I am so thrilled. It’s only taken me 65 years to make it to Broadway!” said Kennedy.

Ohio State Murders is an unusual look at the destructiveness of racism in the United States. When Suzanne Alexander (McDonald), a fictional Black writer, returns to Ohio State University to talk about the violence in her writing, a dark mystery unravels.

Dates, casting and the creative team will be announced in the coming months.

Audra McDonald (Suzanne Alexander) is unparalleled in the breadth and versatility of her artistry as both a singer and an actor. The winner of a record-breaking six Tony Awards, two Grammy Awards and an Emmy, in 2015 she was named one of Time magazine’s 100 most influential people and received a National Medal of Arts—America’s highest honor for achievement in the field—from President Barack Obama. In addition to her Tony-winning performances in Carousel, Master Class, Ragtime, A Raisin in the Sun, The Gershwins’ Porgy and Bess and Lady Day at Emerson’s Bar & Grill—the role that also served as the vehicle for her Olivier Award-nominated 2017 debut in London’s West End—she has appeared on Broadway in The Secret Garden; Marie Christine (Tony nomination); Henry IV; 110 in the Shade (Tony nomination); Shuffle Along, or, The Making of the Musical Sensation of 1921 and All That Followed; and Frankie and Johnny in the Clair de Lune (Tony nomination). A Juilliard-trained soprano, her opera credits include La voix humaine and Send at Houston Grand Opera, and Rise and Fall of the City of Mahagonny at Los Angeles Opera, where the resulting recording earned her two Grammy Awards. On television, she was seen by millions as the Mother Abbess in NBC’s The Sound of Music Live! and played Dr. Naomi Bennett on ABC’s Private Practice. She won an Emmy Award for her role as host of PBS’s Live From Lincoln Center and has received nominations for Wit, A Raisin in the Sun and Lady Day at Emerson’s Bar & Grill. Having first appeared as Liz Lawrence on CBS’s The Good Wife, she can now be seen in The Good Fight on Paramount+ as well as in Spectrum’s pandemic-themed drama, The Bite. On film, she has appeared in Seven Servants, The Object of My Affection, Cradle Will Rock, It Runs in the Family, The Best Thief in the World, She Got Problems, Rampart, Ricki and the Flash, Disney’s live-action Beauty and the Beast, the movie-musical Hello Again, and MGM’s Aretha Franklin biopic, Respect. Her upcoming film projects comprise Higher Ground’s Rustin and FilmNation’s Down Low.  McDonald has issued five solo albums on the Nonesuch label as well as Sing Happy with the New York Philharmonic on Decca Gold. She also maintains a major career as a concert artist, regularly appearing on the great stages of the world and with leading international orchestras. A founding member of Black Theatre United, board member of Covenant House International, and prominent advocate for LGBTQAI+ rights, her favorite roles are those performed offstage, as an activist, wife to actor Will Swenson, and mother.

ADRIENNE KENNEDY (Playwright). Award-winning playwright, lecturer and author Adrienne Kennedy was born in Pittsburgh in 1931 and attended Ohio State University. Her plays include Funnyhouse of a Negro (Obie Award, Petit Odeon directed by Jean Marie Serreau), June and Jean in Concert (Obie Award), Sun (Commissioned by Royal Court London), A Movie Star Has to Star in Black and White, Mom, How Did You Meet The Beatles?, A Rat’s Mass, The Owl Answers, Motherhood 2000, Electra and Orestes (adaptation), She Talks to Beethoven, An Evening with Dead Essex, A Lesson in a Dead Language and The Lennon Play. She is the recipient of an Obie Award for Sleep Deprivation Chamber, which she co-authored with her son Adam. It premiered at the Public Theater and was produced by Signature Theatre Company, which devoted an entire season to Ms. Kennedy’s work. Other awards include a Guggenheim Award, the Anisfield-Wolf Book Award for Lifetime Achievement, the Lila Wallace Reader’s Digest Award, the American Academy of Arts and Letters Award for Literature, the American Book Award for 1990, and induction into the Theater Hall of Fame. Her published works include Heart in a Box in Spring 2021 with the Modern Language Association, In One Act, Alexander Plays and Deadly Triplets, all published by University of Minnesota Press, and People Who Led to My Plays (a memoir), originally published by Knopf and now in paperback by Theatre Communications Group, which also published He Brought Her Heart Back in a Box and Other Plays. Her plays are taught in colleges throughout the country, in Europe, India and Africa. She has been a visiting lecturer at Yale University, New York University, and University of California at Berkeley, where she was Chancellor’s Distinguished Lecturer in 1980 and 1986. She was also commissioned to write plays for Jerome Robbins, the Public Theater, Mark Taper Forum, Juilliard School and the Royal Court in England. She was a distinguished Hutchins Fellow in 2016-2017. Ms. Kennedy has lived in Africa, Italy and London and has taught in Harvard University’s English Department for six semesters.  In 2018, Ms. Kennedy was inducted into the Theater Hall of Fame for “Lifetime Achievement in the American Theater.”

KENNY LEON (Director) is a Tony and Obie Award-winning; Emmy-nominated; Broadway and Television director. Most recently, he directed Lifetime’s Emmy-nominated Robin Roberts Presents: Mahalia. Currently on Netflix, Kenny directed Amend: The Fight for America, a six-part docuseries hosted by Will Smith. Last year, he directed the Tony Award–winning Broadway premiere of Charles Fuller’s Pulitzer Prize winning masterpiece, A Soldier’s Play starring Blair Underwood and David Alan Grier at Roundabout Theatre Company for which he also received a nomination for Best Director. He also directed the acclaimed production of Much Ado About Nothing at the Delacorte/Shakespeare in the Park. His Broadway credits include the recent production of A Soldier’s Play, American Son starring Kerry Washington and Steven Pasquale which was also adapted for Netflix, the revival of Children of a Lesser God, the Tupac musical Holler If Ya Hear Me, A Raisin in the Sun starring Denzel Washington (Tony Award for Best Direction of a Play and Best Revival of a Play), The Mountaintop starring Samuel L. Jackson and Angela Bassett, Stick Fly produced by Alicia Keys, August Wilson’s Fences (which garnered ten Tony nominations and won three Tony Awards, including Best Revival of a Play), Gem of the Oceanand Radio Golf, as well as A Raisin in the Sun starring Sean “Diddy” Combs, Phylicia Rashad, and Audra McDonald. He also directed Smart People and The Underlying Chris for Second Stage.  Leon’s television work includes “Hairspray Live!”, and “The Wiz Live!” on NBC. He recently released his memoir Take You Wherever You Go. He is the recipient of the 2016 Mr. Abbott Award for Lifetime Achievement in Directing and the 2010 Award for Excellence in Directing from the Drama League. Mr. Leon serves on the board of New York’s Public Theater and is Artistic Director Emeritus of Atlanta’s Kenny Leon’s True Colors Theatre Company. He is currently serving as Senior Resident Director at Roundabout Theatre Company.  Prior to co-founding True Colors Theatre Company, he served 11 years as Artistic Director of The Alliance Theatre, where he produced the premieres of Disney’s Elaborate Lives: The Legend of Aida, Pearl Cleage’s Blues for an Alabama Sky and Alfred Uhry’s The Last Night of Ballyhoo. Other directorial credits include Alicia Keys World Tour, Toni Morrison’s opera Margaret Garner, the world premiere of Flashdance The Musical, and the complete August Wilson Century Cycle at the Kennedy Center.  Leon is a sought after motivational speaker that has done acting and theatre workshops at universities and corporate offices around the country, South Africa and Ireland.  He has directed in the UK, and extensively throughout the US, including Chicago’s Goodman Theatre, Boston’s Huntington Theatre, Baltimore’s Center Stage, Los Angeles’ Center Theatre Group and New York’s Public Theatre.  Leon is a graduate of Clark Atlanta and is an honorary Ph.D. recipient of Clark Atlanta and Roosevelt Universities and has served as the Denzel Washington Chair at Fordham University.

Suzanna BowlingAugust 4, 2022
Read More
Scroll for more
Tap
Diana the Musical In Partnership With Broadway Weekends Is Creating An Online Theatre Education Program
Vineyard’s Is This a Room/Dana H. Bring Downtown to Broadway