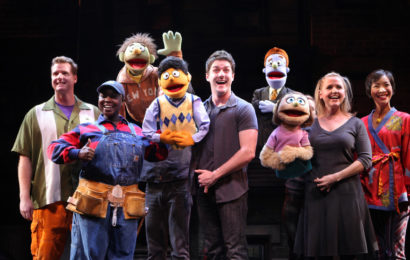 Avenue Q follows Princeton, a recent college grad who arrives in New York with a B.A. in English and not much else. Living alongside a crew of neighbors including monsters, a Japanese immigrant, a closeted Republican, and Gary Coleman, he sets off to find his ever-elusive purpose, which doesn’t get any easier in adulthood.

Don’t be tearful that Avenue Q, is closing because internationally the show is a hit. Here is Xiaoqing (Mao) Zhang an international musical theatre star, now residing and performing in the United States performing from the Chinese version of Avenue Q.