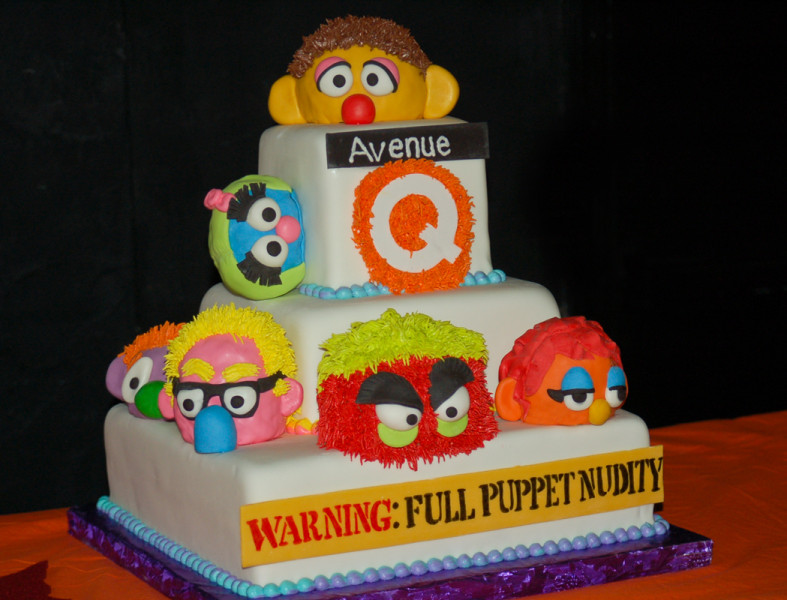 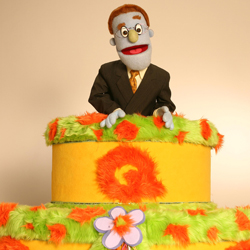 The ground-breaking musical hits a new landmark this summer when it celebrates its 13th anniversary on Sunday, July 31, 2013 at New World Stages (340 W. 50 St.) in New York City.  AVENUE Q opened on Broadway July 31, 2003 at the John Golden Theatre; won three 2004 Tony Awards for Best Musical, Best Score, and Best Book of a Musical; and gave 2,556 performances (including 22 previews) prior to its move in October 2009 to New World Stages. Since then, Avenue Q will have played 2,828 performance at New World Stages when its 13th Anniversary arrives. 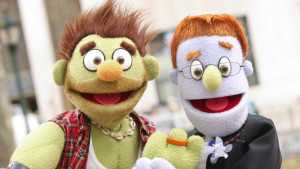 AVENUE Q is the hilarious and internationally-acclaimed musical about a group of 20-somethings — people and puppets alike — who move to New York with big dreams and tiny bank accounts. Together they live as neighbors on a street in New York as they try to discover their purpose in life. The musical’s characters include Princeton, Kate Monster, Trekkie Monster, Lucy, Nicky, Rod, Gary Coleman, Brian and Christmas Eve. T

AVENUE Q celebrated it’s 10 year Anniversary with NYC Commissioner Katherine Oliver, who began the evening on stage by presenting a Proclamation from the City of New York to the musical’s cast, creators and producers declaring July 31 as AVENUE Q DAY.

Avenue Q partnered with Logo TV in a year-long series of public service announcements in 2013 promoting safe sex and HIV prevention. In July 2011, Q puppets Rod and Ricky made international headlines — and breaking news on NY 1 News — when they were among the first couples to be married outside City Hall with the passage of the same-sex marriage laws in New York State. Avenue Q puppets appeared at the opening of the Gay Games in Chicago.

Republican puppet Rod was featured in a full-length Q&A with Paul Rudnick in The New York Times coverage of the 2004 Republican National Convention in NY. Avenue Q dealt with the death in real-life of the former child star Gary Coleman (he continues to be depicted as a character in the musical). Avenue Q famously changed one of its most talked-about lyrics — “George Bush!” — in the song “For Now” after George W. Bush left the Presidential office in 2008.