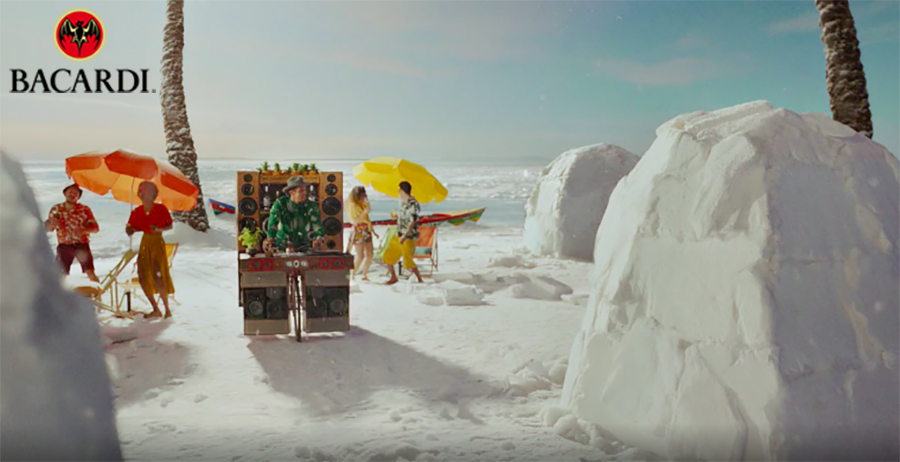 Bacardi, the world’s most-awarded rum brand, is injecting its signature swagger, joy and island warmth into the holiday season this year to get people into a sun-soaked summer mindset, despite the cold. On Saturday, December 18th, New Yorkers and visitors alike will close out 2021 in a snowy, yet delightfully warm and sunny “Winter Summerland” right in the heart of Times Square, where an idyllic paradise only the Latin Caribbean could serve up will emerge via a stunning billboard takeoverspanning 27 panels along Broadway between 42nd and 47th Street. A snowed-in effect will create a sense of frosted wonder before revealing a colorful and lively Caribbean world of Bacardi rum hidden beneath – enveloping Times Square in an entrancing moment of warmth and tropical optics that will liven up the Midtown locale starting at 6PM ET.

Additionally, Bacardi will deploy a fleet of iconic Times Square performers, brand ambassadors and decked out pedicabs who will take to the streets to spread the summer vibes and drum up the excitement in anticipation of the billboard reveal. With the help of an exhilarating flash-mob, blaring festive music with a Caribbean twist throughout Times Square, coupled with eye-catching performances, holiday-inspired giveaways and goodies, because after all, when the rum comes out, the sun comes out.

The rum brand has also created a festive Stop-and-Shop Merch Truck that will be stationed at Broadway and 44th Street on Saturday, December 18th beginning in the afternoon and spanning well into the evening. Offering limited-edition merch for purchase in an intimate showroom-style truck, fans will have the chance to pick up that last-minute holiday gift with a little help from Bacardi, including co-branded leisurewear from a capsule collection with Aviator Nation, shirts, socks, hats, candles, outerwear and more.

Then on Sunday, December 19th, the Bacardi Stop-and-Shop Merch Truck will migrate to the city’s top holiday hotspots, to keep the party going and give even more people the chance to stock up on holiday gifts from Bacardi. The truck will be making stops at the Union Square Holiday Market, Winter Village at Bryant Park, Columbus Circle Holiday Market, Grand Central Holiday Fair and Pier 17 for a Winter Summerland to remember!