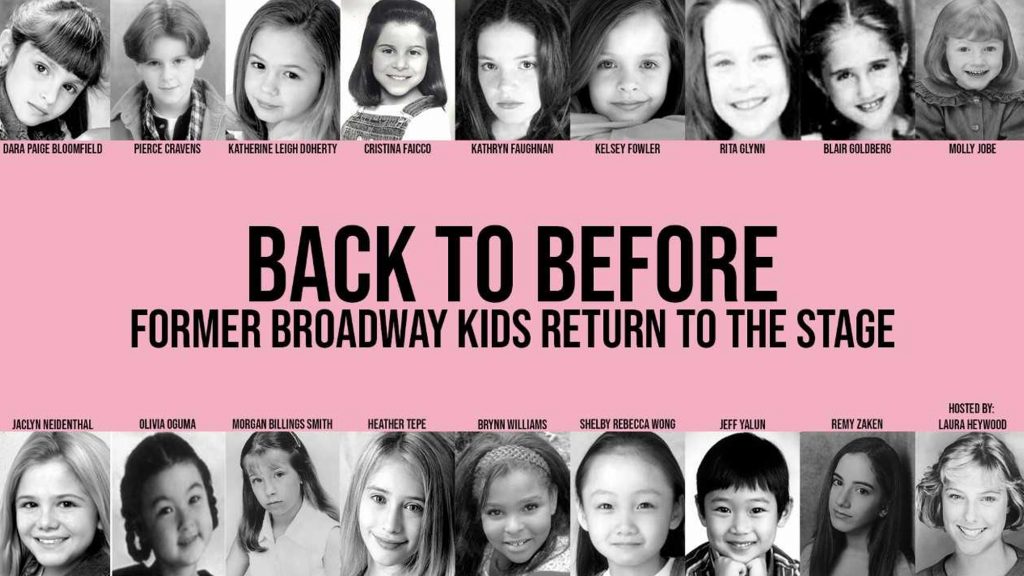 Back to Before: Former Broadway Kids Return to the Stage

Back to Before: Former Broadway Kids Return to the Stage 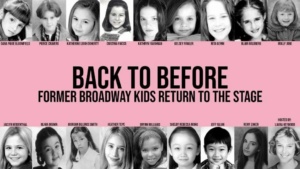 Feinstein’s/54 Below, Broadway’s Supper Club, presents Back to Before: Former Broadway Kids Return to the Stage on June 3rdat 9:30 PM. Ever wonder what happened to your favorite millennial Broadway child star? They’re now old enough to play their “parents”! Come hear these former child actors sing songs from the shows they were in and hear untold stories about what it’s like balancing school, homework, and just being a regular kid with regular kid problems. Written and hosted by Laura Heywood (@BroadwayGirlNYC) with musical direction by Nissa Kahle.

This all-star cast includes kids from classic shows of the 90’s and early 2000’s:

Former Broadway Kids are collection of former child actors of the 90’s and early 00’s. They range from those who are continuing to star in current Broadway shows to those who have stepped away from “show business” and are now returning for this special one-night event.