Back To The Future’s Christopher Lloyd to Star in Pound 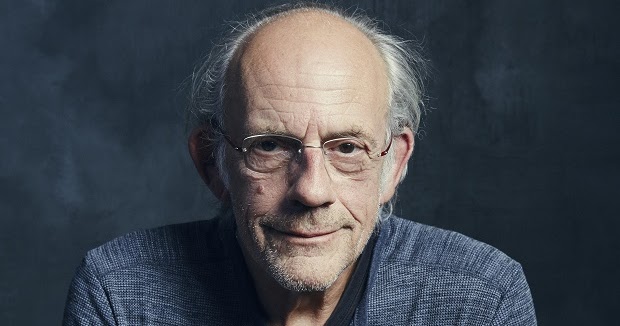 Back To The Future’s Christopher Lloyd to Star in Pound

Triumvirate Artists, a NYC-based production company that most recently created the Off-Broadway show Delirium’s Daughters, announces that Drama Desk and multiple Emmy® Award-winning actor Christopher Lloyd will star as Ezra Pound in their upcoming play, Pound. The show will debut as a limited engagement for 16 performances from October 4 to 28, 2018 at The Lion Theatre, located at 410 West 42nd Street, New York, NY.

Pound isn’t just about a literary lion descending into bigotry. It’s about us and how we feel and respond when fellow citizens – maybe friends, family members, people we love – embrace ideas that are transparently false and even inimical to what we thought were our shared values,” said Pound’s playwright Sean O’Leary, who has been recognized by the National Endowment for The Arts, The National Arts Club, and the West Virginia Commission on The Arts.  He is a member of the Dramatists Guild.

Fascist, prisoner, immigrant and struggling with mental illness, poet Ezra Pound wielded words as powerful weapons, yet he remains one of the 20th century’s most divisive and profoundly influential literary figures. During World War II, Pound made propaganda broadcasts for Mussolini’s government, and as a result, was charged with treason. However, before he could be tried, Pound was judged to be mentally unfit to stand trial and was remanded to the custody of St. Elizabeth’s Psychiatric Hospital in Washington D.C., where he remained from 1945 to 1958, when the indictment was dismissed and he was ultimately released. Pound then returned to Italy and settled in Venice, where he died as a semi-recluse in 1972.

The play captures Pound’s remaining days at St. Elizabeth’s Psychiatric Hospital, where the 73-year-old is confronted by Ann Polley, a young psychiatrist who aspires to help the man who has been labeled “incurable.” Pound dismisses her, as he has done with previous psychiatrists, but when he learns of his imminent release, he experiences an inexplicable dread that drives him to Ann for help. Ann embarks on a course of treatment that, at first, seems merely peculiar and perhaps justified given the short time in which she has to work. However, her techniques soon become disturbing, visiting extreme guilt upon Pound for a lifetime of manipulation and abuse. Then, after reducing Pound to almost childlike vulnerability, Ann reveals her true purpose.

With over 50 years as an actor, Christopher Lloyd has appeared in over 200 plays, Broadway, Off-Broadway, regional theater and beyond, including early on portraying the title role in Kaspar for which he won the Obie and Drama Desk Awards, and more recently, Caucasian Chalk Circle at Classic Stage Company, and Trumbo at the Westside Theatre and Mornings at Seven at Lincoln Center Theater directed by Daniel Sullivan. This spring, he performed as the stage manager in Our Town at The Weston Playhouse.

Robert MassimiSeptember 13, 2021
Read More
Scroll for more
Tap
Between Panic and Desire Catches You Off Guard
What to Look For Off Broadway