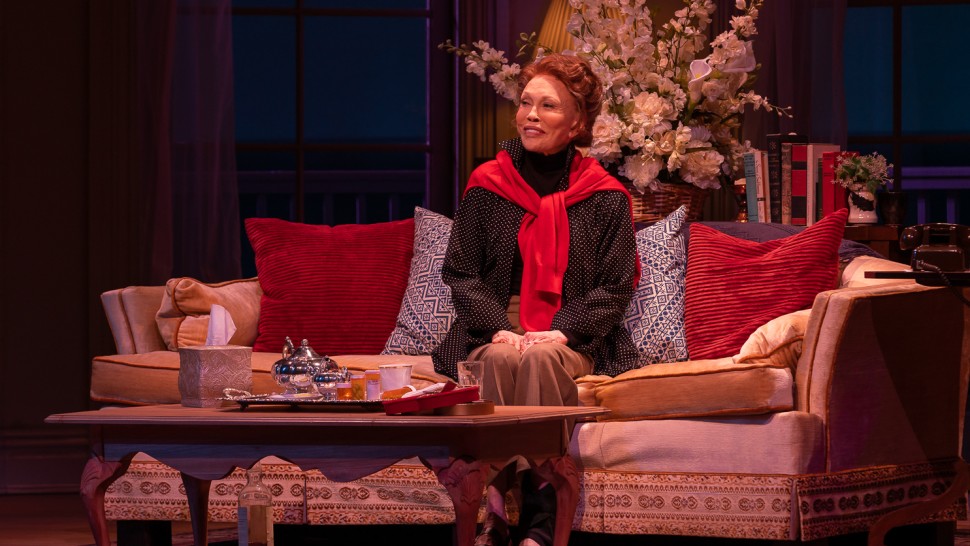 Producers Ben Feldman and Scott Beck have fired Faye Dunaway from the Broadway bound production of Katherine Hepburn bio drama Tea at Five. Matthew Lombardo’s homage to the great actress was to arrive in New York sometime in 2019 and was to be Dunaway’s return to Broadway after a 35 year absence. The play was to have been directed by the Tony-nominated John Tillinger. The play is now set to open in the West End early next year with a new actress.

According to The New York Post on July 10 a performance was canceled because “moments before curtain because Dunaway slapped and threw things at crew members who were trying to put on her wig.” “Enraged at the cancellation, Dunaway began ‘verbally abusing’ the crew who were “fearful for their safety.” The Post as stated the source said Dunaway was often late for rehearsals and at one point throwing a salad on the floor. The newspaper’s theater columnist Michael Riedel reported that producers contacted Actors’ Equity “to see if it was ‘ethical’ to put someone in her state in front of an audience.”

This is the second time that the “difficult actress” has been let go from a show. In 1994, she was cast to replace Glenn Close in the L.A. production of Andrew Lloyd Webber’s Sunset Boulevard. Lloyd Webber shut down the production and publicly blamed the actress’ singing abilities (or lack thereof). Dunaway filed a lawsuit, and the matter was settled out of court.