“Do you hear that?” she asks, with utter amazement and excitement, just like the voice is saying inside my head. The bells are ringing, and class is in session. We are all instructed to “Listen” so we sit up and take notice. How could we not? Something sensationally fun is starting. That is clear, and when too many questions are asked about ourselves out loud in the classroom, as our own inner child is prone to do, we are told, most annoyingly by those pesky adults that we should all settle down. We are, ridiculously, “just doing answers now.” Frustrating, that is for sure, for all those children (and I was one of those) that are filled to the brim with so many questions dancing around their head, and just as frustrating for all us grownups to bear witness to the tampering down of curiosity within a child. It’s downright discouraging for any one of any age. But then, with a gleeful pleasure, down they all go into that fanciful world of Wonderland, assisted most ingeniously by Bad Hats Theatre, those wise and witty creators of the Dora Award-winning family musical Peter Pan, a seasonal favorite of Soulpepper. It’s a pure unadulterated delight, this ridiculously fun contemporary musical spin on Lewis Carroll’s classic Alice in Wonderland, streaming out to us until April 18th courtesy of Soulpepper Theatre, delivering forth with a wide-eyed wonder a new adventure for all ages. Grown forth from the forever memorable tale of fantastical wonderment and imagination, the trip down the hole of one late rabbit couldn’t be more enjoyable. And when asked to “try not to be [so] curious“, the ever feisty Alice, played with a ton of restless energy by the wonderful Tess Benger (Eclipse’s Sunday in the Park…), takes us along for the ride down the rabbit hole. Quick like a bunny, we fall and fall alongside her into an enchantment that captures our imaginations with what seems like effortless ingenuity and carefully orchestrated fun.

Directed with a child-like wonder by Sue Minor (Canadian Stage’s The Tempest), this Alice in Wonderland can’t help but make you wonder about everything, including all the big questions about what it means to be “too small“, too big“, with “too many tears“, making her “too wet” or just plainly, how to be good. “Don’t even think about the rabbit.” And in that plea and predicament, there is a mystery and puzzle, going forward and back. With a cast of energetic characters willing us to believe that there are “no stupid questions” in life, the Alice of this particularly wonderful Wonderland retelling, even when she tries to “stop wondering“, sees an actual rabbit, played beautifully by Matt Pilipiak (Pea Green’s Three Men in A Boat), and she just can’t help herself. Before we know it, she has fallen, and we are all smitten and invested, swept up in the magically nonsensical tale where curiosity is the key and, as stated by director Minor, “mixed with kindness could save the world.”

Adapted by Fiona Sauder (Artistic Director of Bad Hats), with an impressively effective group of songs by the talented team of Landon Doak (Dora Award winning Life in a Box) and Victor Pokinko (“The Candy Show“) that find innocence in every question asked, this version of Alice in Wonderland encapsulates all that has made this tale such a magical journey for generations. The visuals created by Robert Metcalfe and Links Live Media swing us around dreamingly, giving us a wonderment of wild perspectives that straight forward theatre, as magical as it can be, would struggle to accomplish. It’s a clever use of the medium, that rarely fails. The same could be said of Miner’s ingenious and relatable use of chess to create a sense of maniacal movement and drive. Assisted by the talented light designer Logan Raju Cracknell (Soulpepper’s Mother’s Daughter), the gamble pays off, lighting the way to the eighth square and backwards again, effortlessly capturing the high comic energy of the journey and the overall metaphor of the wild rabbit’s ride.

Following the rightness of the rabbit, Alice stubbles upon one iconic character after another, each one played with an inventiveness that will leave the kids wanting more. Adaptor Sauder and writer Doak give us a Tweedle Dee and Tweedle Dum that magnificently ring with pleasure and perfect comic timing, spinning that chalkboard with glee. Decked out in perfection by costume designer Ming Wong’s (Canadian Opera’s Hansel und Gretel) inventive layerings, they, along with all the others, like Phoebe Hu’s Rose, Duck, & Unicorn; Richard Lam’s Douggie, Dodo, & Lily; Jonathan Tan’s Cheshire Cat; and Jacob MacInnis’ Maddie, Owl, Buttercup, Bill, and his ever so gentle Caterpillar, drive the exquisite experiment along with energy and delight, adding layers of engagement and potentiality to every hop and squared jump.

“Who stole the tarts?” It’s the scream we have all been waiting for, at least for any of us who grew up knowing the tall tale through its numerous renditions. The beheading danger of the Red Queen, played majestically by the fantastically voiced Vanessa Sears (Mirvish’s Kinky Boots) struts in having only the answers, and little tolerance for anything else. She’s “just like you, but not at all“, Alice is told, and the truth of that becomes clear as she tears into her songs, one about the alphabet, that makes us sit back and be amazed. It’s as good as it can get, thanks to Music Director Reza Jacobs, as in those moments, we connect to the dangerous and uncertain times Alice, and we are living in. Questioning is key, and not pretending to know how it all will work out in the end might be the thing that saves us all from collectively losing our heads. Especially now, as we head into lockdown number….oh, I don’t even know anymore.

This tumble down the rabbit hole, courtesy of Bad Hats Theatre and Soulpepper Theatre, is just the thing we all need right now, both adult and child. I’m not sure what a young audience member would make of all this (if only I had young Hazel, my fellow theatre critic, around to ask), but in the words of director Minor, “May your visit to Wonderland encourage you to love all the little questions and also to courageously ask the big ones.” It’s a grand desire and a solid framework for fun. Let’s all endeavour to do just that, just as this band of fantastical theatre creatures did with their rendition of Alice in Wonderland.

ALICE IN WONDERLAND by Fiona Sauder, Landon Doak and Victor Pokinko (Bad Hats Theatre/Soulpepper). Streaming until April 18. $20 (household), $50 (classroom). For tickets, go to soulpepper.ca. Schools are also encouraged to incorporate the production into their lessons as there are pre and post activities along with work which highlights the student understanding of the production. 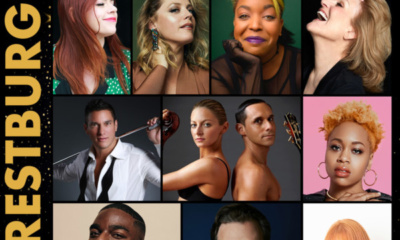 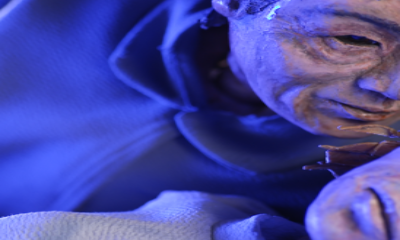