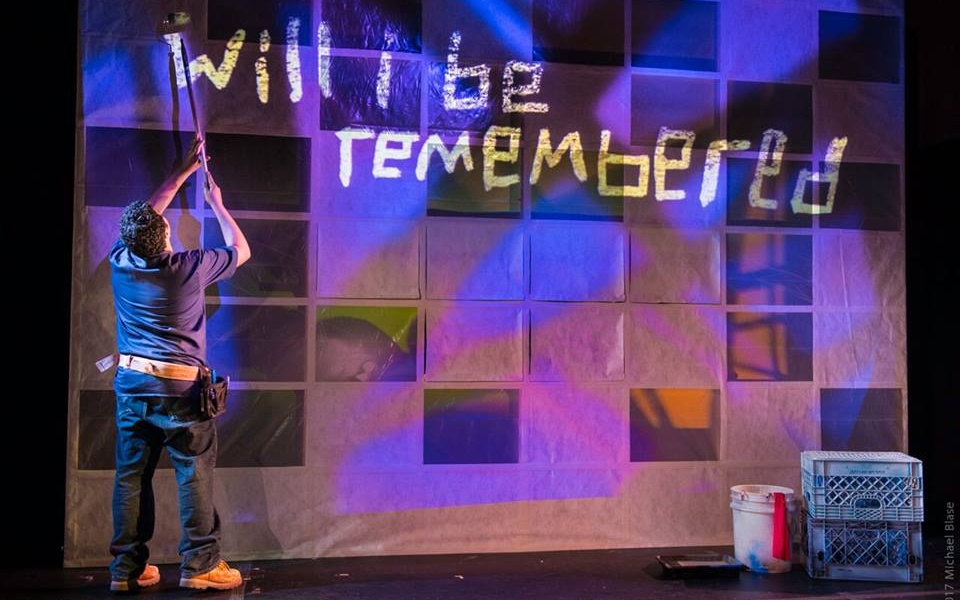 Part of Working Theater’s Five Boroughs/One City Initiative, Bamboo in Bushwick addresses gentrification with honesty and absurdity, bringing to light the harsh realities and many perspectives of those living in changing neighborhoods.

The event is the neighborhood domino game, and the regulars gather around and talk about all of the ways the neighborhood has changed. They comment on how others used to play dominoes too, but now they’re gone. Edson (Arisael Rivera) has already been pushed out of the neighborhood, but he still works there – just trying to survive and to provide for his family. Crispin (Jose Antonio Melian) is sentimental and has a lot to say about how Bushwick has changed, and he is considering renting a room to one of the incoming “yupsters.” Magalia (Edna Lee Figueroa) is just trying to get by while waiting for her husband and son to join her in America. Swayze (John J. Concado) is a young transplant from Queens who feels strongly about his art and the gentrification of his new neighborhood. Two artists, Budhi and Nirt (Michelle Sui and Clinton Lowe, respectively) have been employed to paint a new mural on the wall that often serves as the backdrop of the domino game. In this everyday space, we see ideas belonging, change and survival clash.

Often the action cuts from Bushwick to an icy place where penguins are being pushed out of their homes by polar bears. They are being oppressed, eaten, and forced away from their life. The penguins take artistic – and drastic – measures to be remembered. 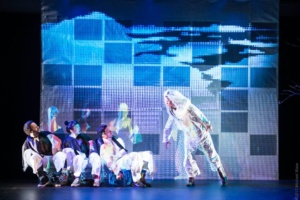 The piece is well structured and the effects of gentrification are magnified by the absurdity of the polar bears taking over the penguins. For example, two polar bears demanding to see the “papers” of two penguin parallels to the idea that people have to prove they belong in a neighborhood to claim it – living there for 25 years doesn’t serve as “proper” proof. The piece also high lights how unlawfully minorities are pushed out of their neighborhoods.

The design of the production relies on projections that display the wall before the mural and the icy tundra as well as English and Spanish subtitles throughout the production. The neighborhood sounds during scene changes gives us a feel for where we are, and the actors portray their characters (and the penguins) with real concern and sometimes excitement that a changing neighborhood can cause.

Working Theater created this piece by collaborating with communities in Brooklyn. Their work facilitates conversations that helps communities to explore the challenges they face, and to create tools to overcome those challenges. This play is one of several that can help us learn about other communities, and to practice empathy and activism in helping our neighbors.

Bamboo in Bushwick is also playing in other boroughs, please visit http://theworkingtheater.org/bambooinbushwick/ for information and tickets.

Stephen SorokoffMay 19, 2022
Read More
Scroll for more
Tap
My View: Practice Makes Perfect But You Also Need A Little Bit Of This
The Stars Come Out For Rose: Tribeca, Hello Dolly and All Around Town