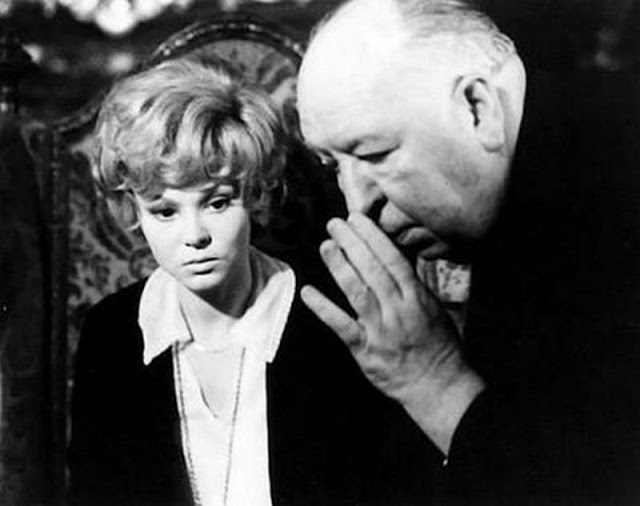 It was only recently that the entertainment world mourned the sad death of screen legend Barbara Harris. The iconic star, who was known for her roles in films, including ‘Dirty Rotten Scoundrels,’ ‘Peggy Sue Got Married,’ ‘The War Between Men and Women’ and ‘Freaky Friday,’ was not only an icon on the big screen but also off the screen on Broadway, the latter being one of the major springboards of her career.

The star, also known for her extensive Broadway career, died in August of 2008 in Scottsdale, Arizona. According to her close friend Charna Halpern, Harris died of lung cancer at the age of 83.

The Makings of a star

Young Barbara grew up in Chicago’s Northwest Side, where she would hitchhike home after classes at Senn High School. Actor Bruce Dern said in his memoirs that she also attended Wright Junior College. Her father Oscar Graham Harris worked for the Chicago Tribune, and her mother Natalie Densmoor Harris taught the piano to her four children.

She began her acting career as a teenager at the Playwrights Theater Club in Chicago. From that day forth the acting bug at Playwrights bit her – she loved the buzz. However, it was not the performance in itself, the stage lights and the audience’s acclaim but the creative process that lured her in like a moth to the flame.

Barbara Harris was not in it for the money and the stardom but the art of acting.

This attitude was beautifully illustrated during an interview with the Phoenix New Times in 2002 after she moved to Arizona. “I used to try to get through one film a year,” she said. “But I always chose movies that I thought would fail so that I wouldn’t have to deal with the fame thing.”

The interview was a beautiful walk down memory lane. 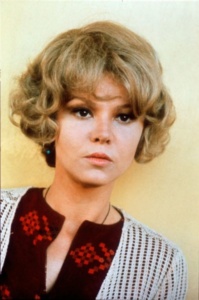 “I think the only thing that drew me to acting in the first place was the group of people I was working with: Ed Asner, Paul Sills, Mike Nichols, Elaine May,” she said. “And all I really wanted to do back then was rehearsal. I was in it for the process, and I really resented having to go out and do a performance for an audience because the process stopped; it had to freeze and be the same every night.”

But back to the beginning of her illustrious career

Her beauty and her innocent verve radiated both sexiness and fire; it struck the PTC members from the start.

Her face “was that of an angel,” said actor Ed Asner during that time. With the musical ‘From the Second City’ in 1961, she made her debut on Broadway. For her performance, she was nominated for the Tony Award the following year as Best Actress in a Musical. In 1962, she was awarded the Theater World Award for Oh Dad, Poor Dad, Mama’s Hung You in the Closet and I’m Feeling So Sad. In 1967 she won the Tony Award for the 1966 musical The Apple Tree.

In 1966, after she starred in Broadway’s On a Clear Day You Can See Forever, writer Cecil Smith said that Ms. Harris “with the face of an errant chipmunk under haphazard blonde hair and darting dark eyes always seemed to be just on the brink of being discovered, whether in her early improv shows, onstage or in movies.”

Kittenishly sexy and funny – Barbara Harris moved on to Hollywood.

She made her film debut in 1965 in the multiple Oscar-nominated theater adaptation ‘A Thousand Clowns’ as a compassionate social worker who wants to protect a boy (Barry Gordon) from the idiosyncratic way of life of his childish author-uncle (Jason Robards) but then fell in love with him.

In the 1960s and 1970s, the agile American actress with her round cheeks, big eyes, and the contemporary short haircut was one of the most refreshing comedy actors in US cinema.

A subtle naivety that did not reveal a lack of intellect, but confidence in her interaction with her fellow human beings characterized the appearances of Barbara Harris in several of her noteworthy film roles.  She starred as a sexually experienced child and took on the role in the macabre farce ‘Oh Dad, Poor Dad, Mamma’s Hung You in the Closet and I’m Feelin’ So Sad’ in 1967 with her customary airy panache.

She earned an Oscar nomination for the 1971 tragic comedy, which co-starred Dustin Hoffman, ‘Who Is Harry Kellerman and Why Is He Saying Those Terrible Things About Me?’ about a rich, successful, womanizing pop songwriter suffering a debilitating but oddly liberating mental crisis. The script was by Herb Gardner, who also wrote ‘A Thousand Clowns.’

After her Oscar nomination for the above film, Robert Altman used Barbara Harris’s vocal talent for his country music panorama ‘Nashville’ (1975). Harris plays the satirically exaggerated key role of ‘Albuquerque,’ a scantily clad, ditzy country-singing hopeful. The movie starts with her leaving her older husband, as she tries her singing chances with manageable talent, but boundless optimism, only to fail repeatedly. At last, thanks to her steadfast musical commitment, in the chaos after the assassination of the country star Barbara Jean (Ronee Blakley), she finally gets her big break.

The following year, in Alfred Hitchcock’s latest movie ‘Family Tomb,’ Barbara Harris breaks the stereotypical image of his seductive blondes with a multi-layered performance as a deceitful and smart partner of a rather harmless taxi driver (Bruce Dern), who aims to put an unscrupulous criminal couple out of business.

In 1976, Barbara Harris went on to star in one of the more original body-switching films in history in the movie ‘Freaky Friday’ with 14-year-old Jodie Foster as her movie daughter.

She starred in Stanley Donen’s loving homage to the 1930s Hollywood films ‘Dynamite Hands’ and ‘Baxter’s Beauties’ in his ‘Movie Movie’ in 1978 in which Harris plays an unhappy dancer who is in love. And Jerry Schatzberg’s political melodrama ‘The Seduction of Joe Tynan’ (1979) as the confident wife of an ambitious liberal senator (Alan Alda) who enters into competition with Meryl Streep as his young lover .

Harris continued her film work in the 1980s with movies such as ‘Dirty Rotten Scoundrels’ starring Michael Cain and Steve Martin. And finally, as the esteemed actress that she was, she ended her acting career with the black comedy as the mother of hitman John Cusack in the 1997’s film ‘Grosse Pointe Blank’ without regret, and passed on her experience as a teacher for a few more years.

Her career was glittering!

In the 1960s, Harris won the Best Actress Tony Award for her chameleon appearances as Eva, Passionella and Princess Barbara in ‘The Apple Tree.’ She has also been nominated for two more Tony Awards, including her Broadway debut in ‘From the Second City’ and another for Best Actress in the 1965 hit, ‘On a Clear Day You Can See Forever.’

During her career, she worked with some of the movie world’s most prominent directors – the so-called greats of the industry – including Alfred Hitchcock, Francis Ford Coppola, and Robert Altman. The actress also received an Oscar nomination in 1972 for her work on ‘Who Is Harry Kellerman and Why Is He Saying Those Terrible Things About Me? She was also nominated for a series of Golden Globes.

After her death, as a tribute to her life, her many fans have flooded social media with their favorite memories of the star. One person wrote: ‘I am so very sad to learn that Barbara Harris has died; she was a brilliant, unique, notoriously-eccentric talent of improvisation, on stage and in movies.’

Another comment read: ‘Barbara Harris was completely fearless in her performances, fascinating to watch and notably responsible for the best side of cinema history. #REST IN PEACE.’ A third added, ‘Goodbye to Barbara Harris, a magical talent.’

Harris was cremated and her remains taken to Wisconsin, where her parents and grandparents are buried. Her niece, nephews, and cousins survive her. Barbara Harris never had any children – we will never know why. Most probably, her love of acting was all she needed as can be seen by her incredible life’s work.