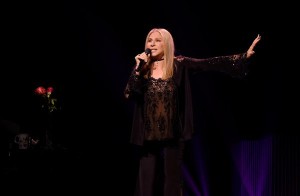 Barbra Streisand is performing in California, but on August 26th, Encore: Movie Partners Sing Broadway, will be released. This album is Streisand’s third album dedicated to songs from Broadway, even though almost all of her albums have had obscure songs from shows. I think it was one of the ways I fell in love with musical theatre. One of my first favorites was “Come To The Supermarket (In Old Peking),” from a TV version of Aladdin sung by Cyril Richard and written by Cole Porter. 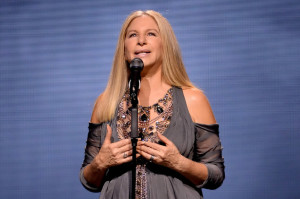 In this album Streisand does the same thing, with a mixture of tried and true Broadway standards and obscure pieces. The most recent released Vimeo selection is “Fifty Percent,” from the  1978 show Ballroom. The song was originated by Dorothy Loudon and was written by composer Billy Goldenberg, with lyrics by Marilyn and Alan Bergman. The show lasted only 127 performances, and at the time “Fifty Percent” was one of the most sung songs in cabaret and auditions. Slowly it has faded away. The show was directed by Michael Bennett hot off A Chorus Line and was based on the 1975 television movie Queen of the Stardust Ballroom, which starred Maureen Stapleton as a lonely widow who begins an affair with a married man she meets at a local dance hall. Another great song from this tuneful score is “Somebody Did Alright for Herself.” 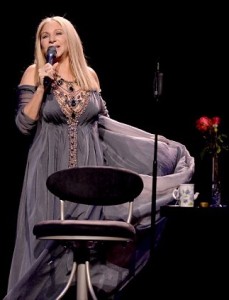 The song continues Streisand’s relationship with the Bergmans (A Child Is Born) and adds her husband, actor James Brolin. 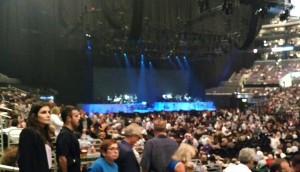 Live from inside the California concert 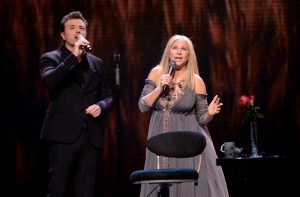 In the California concert surprise moments came with a duet with Jamie Foxx singing “Climb Every Mountain” stopped the show. Seth Macfarlane came up onstage and sang with her as did Anthony Newley from beyond the grave. Her politics were front and center and not surprisingly she concluded the evening with “Happy Days Are Here Again” after explaining she plans to sing it for yet another President Clinton.