Barbra Streisand New Album is Set to Hit #1 on Billboard

Barbra Streisand New Album is Set to Hit #1 on Billboard 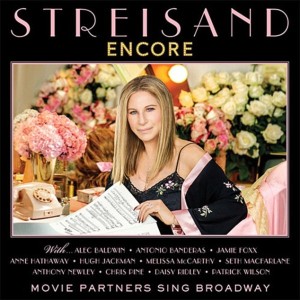 At 74 Barbra Streisand has done it again with her latest album Encore: Movie Partners Sing Broadway. The album is set to hit number one on the Billboard 200 album charts this week. The musical diva has significantly beat Britney Spears’ Glory. Barbra’s album marks her ninth time at the top of the US album charts selling s150,000 CDs and digital downloads in its first week. Britney’s record only sold 91,000.

Broadway has never sounded so good!