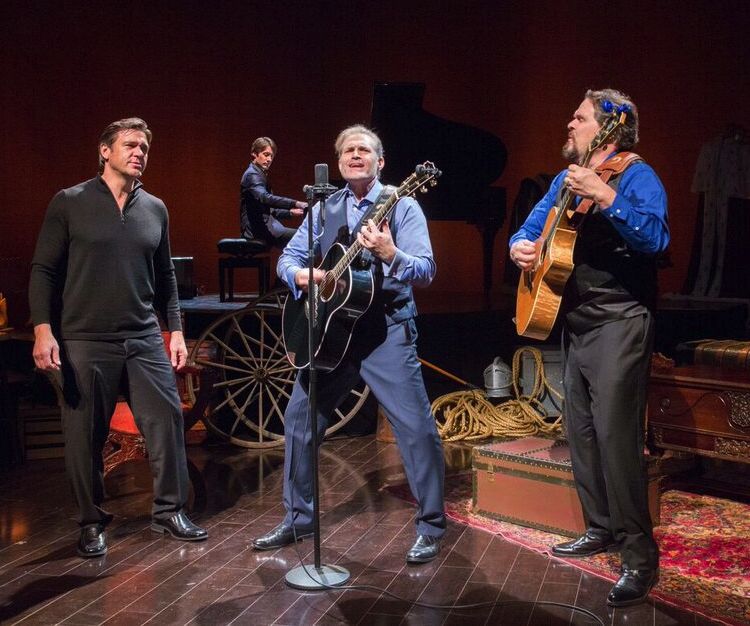 Baritones Bravely Bellow Broadway Karaoke with a Touch of Class

Baritones Bravely Bellow Broadway Karaoke with a Touch of Class 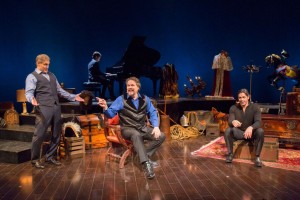 Blending a healthy mix of history with three powerful masculine voices, Hershey Felder unleashes his latest, Baritones Unbound, on the Windy City just in time for the holidays. This tribute was conceived and created by Marc Kudisch, with Merwin Foard, Jeff Mattsey and Timothy Splain. Directed by David Dower, Unbound peppered the stage with a trio of talent; three time Tony Award nominee Marc Kudisch, Lyric Opera of Chicago’s Nathan Gunn and Metropolitan Opera’s Mark Delavan. Accompanied by musical director Timothy Splain on the piano, the audience sat back and enjoyed an evening full of Opera, Gregorian Chants and Elvis, with much more in-between. 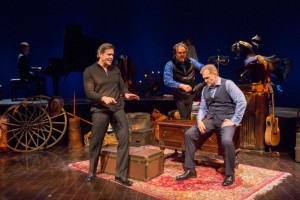 What exactly is a baritone you may be asking yourself? Somewhere amidst the bass and the tenor.  “Between Heaven and Earth, with you” we were told. “The only voice that can embody the highs and lows of life.” The show itself laid out, in chronological order, the history and significance of the baritone.  The three performers did their best covering over 1,300 years of musical history in about 2 hours.  Thankfully this isn’t a stale music history lesson. Vocals soar in selections including Figaro from The Barber of Seville, Gilbert and Sullivan’s H.M.S. Pinafore, Rodgers and Hammerstein’s South Pacific love ballad Some Enchanted Evening, and Jerome Kern’s influential Ol’ Man River from Showboat. This musical melting pot escalates with sumptuous nostalgia, particularly during the far superior second act. 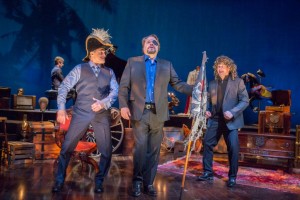 Following intermission, it was explained the baritone provided the voice of the perfectly crafted “anti-hero” in songs from Rodgers and Hammerstein’s Carousel and Man of La Mancha. Around the mid-twenties, radio picked up on the baritone craze as well, although they were referred to as “crooners” including the iconic Bing Crosby and Frank Sinatra. With unique phrasing and an almost conversational singing style, the audience was next treated to handsome renditions of Under My Skin, It Was A Very Good Year and the timely Irving Berlin holiday classic, White Christmas. This segment wrapped up with a tribute to the most famous hip shaker in the world, Elvis Presley, in the form of It’s Now or Never. 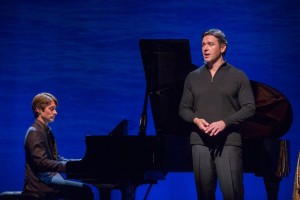 My personal favorite, the tag-team Stephen Sondheim & Broadway’s Greatest Hits segment, featured snippets of classic hits in rapid succession, with songs from Sweeney Todd, Sunday in the Park With George, Guys and Dolls and Damn Yankees.  All I Care About Is Lovefrom Chicago,  On a Clear Day You Can See Forever, The Impossible Dream from Man of La Mancha and I Am What I Am from La Cage aux Folles the true standouts of the bunch. Like the hit musical Million Dollar Quartet, this production concluded with a rousing tribute to The Man In Black himself, Johnny Cash. Pianist Splain accompanied the trio on the harmonica as the audience enthusiastically clapped along.
The musical walk down memory lane will delight all who attend, but, to be critical, the chatter between songs desperately needs tightening up. The pace of the first act lags, while the second shines.  An additional writer could quickly clean that up. The set designed by Fleder and Trevor Hay was a potpourri of period costume pieces randomly dispersed, resembling an attic or abandoned storage space. All that was missing was a bottle of Flonase dust allergy relief. The saving grace, the robust camaraderie among the three leads. The musical numbers made the journey through classics thoroughly worthwhile.   Tickets to Baritones Unbound would be the ideal gift, a baby boomer stocking stuffer, that will far outshine any amount of tinsel and  glitter.
Royal George Theatre’s Baritones Unbound is currently playing through January 3, 2016
Related ItemsBaritones UnboundBing CrosbyChicagoFrank SinatraHershey FelderJeff MattseyMarc KudischMerwin FoardNewRoyal George TheatreStephen BestTimes Square Chronicles
Events