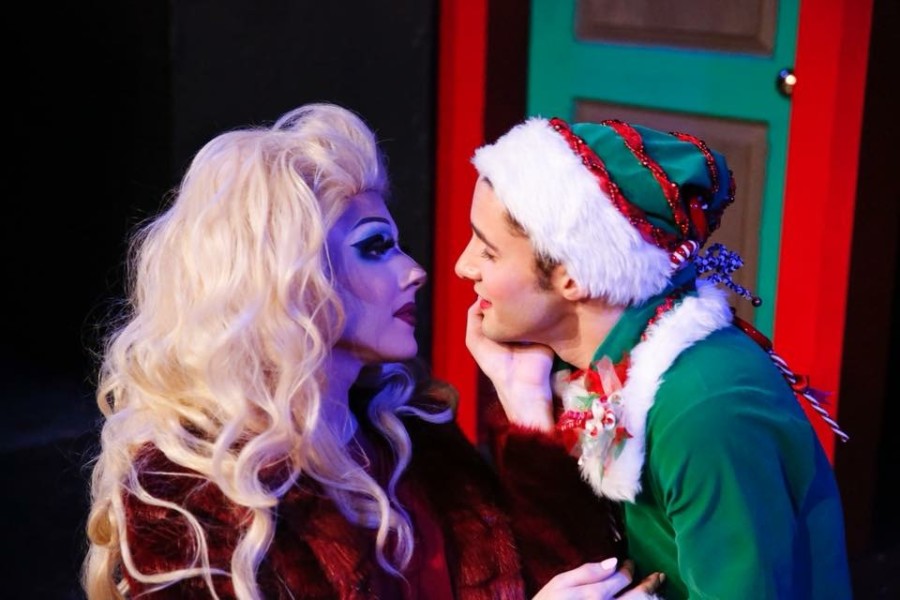 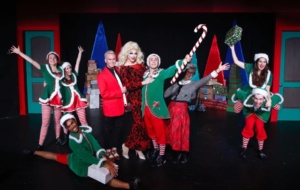 Opening with a production number borrowing heavily from Dolly Parton’s country themed, workplace anthem “Nine to Five, Other Theatre’s fringe holiday showcase Barney The Elf is back for its third incarnation. While “the kids out there are awfully demanding” and “three year old’s want I-Phones”a slew of dancing, prancing elves prove up to the task at hand, spreading their annual layer of holiday themed cheer throughout the land. That is until Santa’s replacement, his uptight and mean-spirited son, Junior, is placed in charge of the workshop. Directed and choreographed by Tommy Rivera-Vega, Bryan Renaud’s pointedly political script is told with tongue planted firmly in cheek. Lincoln Park’s neighborhood will be set aghast against the backdrop of this 90 minute, rapid-fire, modern day Christmas-tinged tale. Other Theatre’s holiday hit Barney The Elf  is a campy, surprisingly heartwarming, schmaltz-free, outrageous, laugh-out-loud romp, decidedly adult in nature. 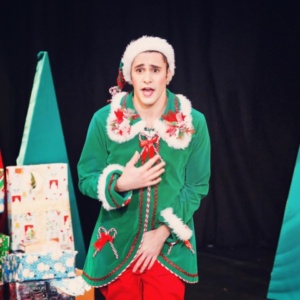 Junior (Jaron Bellar) the successor to Mr. C, acting more like current President T, squashing joy and all things merry, has taken over the North Pole, ruling with an iron fist. After ending coverage of the elves’ birth control, Junior immediately fires popular elf, Barney (Glee’s Darren Criss look-a-like Roy Samra) because Barney slows down the workshop productivity with all of his infectious smiles, charming winks and endless holiday carols. Barney then leaves the North Pole in disgrace, heading down to Chicago, landing a job as a janitor in one of The Windy City’s hottest drag bars. His world is once again uprooted upon meeting the club’s headliner, Zooey (infamous drag performer Dixie Lynn Cartwright). Told through re-worded spoofs of songs including Wicked’s “What Is This Feeling”, Eric Carmen’s “All By Myself” and Gloria Gaynor’s disco anthem “I Will Survive”, musical director, Nik Kmiecik, keeps the tunes bouncy and light. Back at the North Pole, Junior bullies lead elf, Cookie (Courtney Dane Mize) into continually cutting corners and crushing spirits. It is a randy Mrs. Claus (Maggie Cain) to the rescue, turning the audience red-faced during her outlandish, patriarchal crushing version of CeeLo Green’s popular hit “F*ck You!” 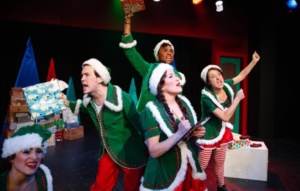 With shoestring budget, Crayola colored costumes crafted by Olivia Crary and a minimalist gift wrapped set from Michael Johanssen in tow, Barney wins through with its consistently sassy charms. Good gays triumph over homophobic closet cases, Windy City residents giggle through a collection of scripted landmark shout-outs, and a thin veneer of legitimate holiday joy quickly covers all in attendance.  Unconventional, quirky, scandalous, with a great deal of laugh till you cry one-liners, Other Theatre’s Barney The Elf is a riotous, rip-roaring, stocking-stuffed holiday treat. 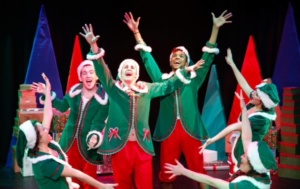 Other Theatre Barney the Elf is now playing through December 30, 2017 at the Greenhouse Theater. 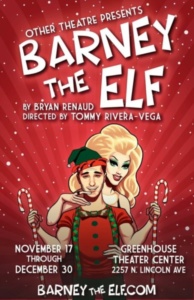