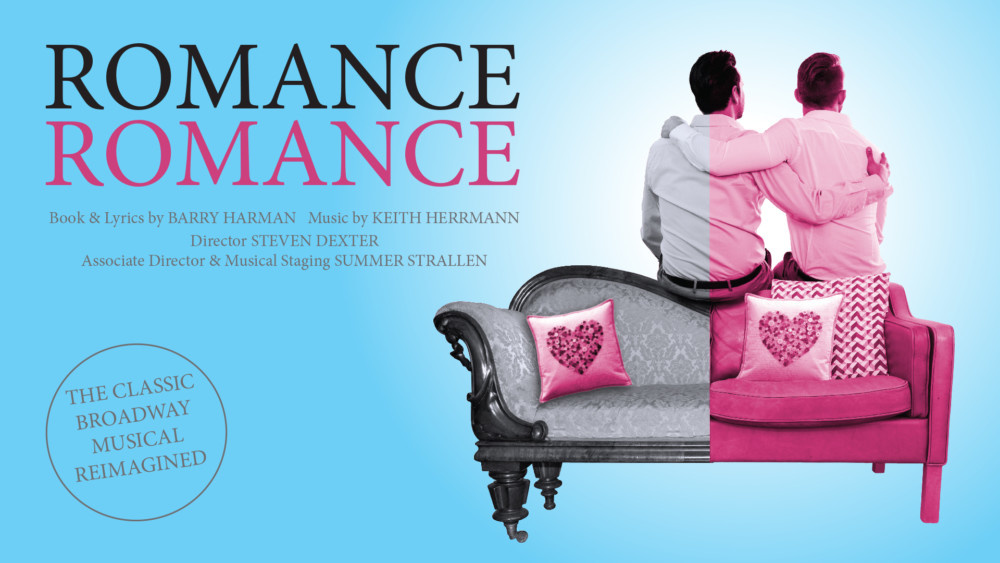 Above The Stag, the leading LGBQT theatre in London, has produced a new, same-sex version of the classic Broadway musical Romance, Romance written by Barry Harman and composer Keith Herrmann and has given it a new lease on life!

In late 19th Century Vienna, two bored high-society lovers disguise themselves as struggling members of the working class. Can their love survive without the comforts and luxuries they’re used to? And 100 years later, two couples rent a beach house in The Hamptons, where a spot of extramarital flirtation might explode into something more.

Romance Romance was nominated for five Tony Awards for its Broadway run. This new production reimagines it as a brilliantly entertaining exploration of gay attraction and how times have changed.

Could this becoming back to Broadway?

★★★★★ Musical Theatre Review
“I can pay it no greater compliment than to say I’d happily watch it all over again. And to say, whatever else you see, don’t miss it”
★★★★★ LondonTheatre1
“Two distinct musical plays united by romance. This is a cracker of a night.   The show works brilliantly for an all-male cast, and I imagine would translate just as well for an all-female cast”
★★★★ The Stage
“This tight and tender version is full of wit and warmth”★★★★ Boyz
“This is a clever and enjoyable musical that puts the reality of gay relationships and friendships under the softest of spotlights.”
★★★★ The Spy in the Stalls
“This musical packed as much energy as any West End show I’ve attended.”
★★★★ Theatre Weekly
“A wonderfully enjoyable piece of theatre”
★★★★ Shadows On The Wall
“The show’s universal themes about love and lust, longing and loneliness…take a much more complex look at love than most musicals dare.”
★★★★  PocketSize Theatre  “Brilliant original and new musical theatre done well by a talented, intelligent and polished creative team.”