Bat Out of Hell Misses Rising To The Top 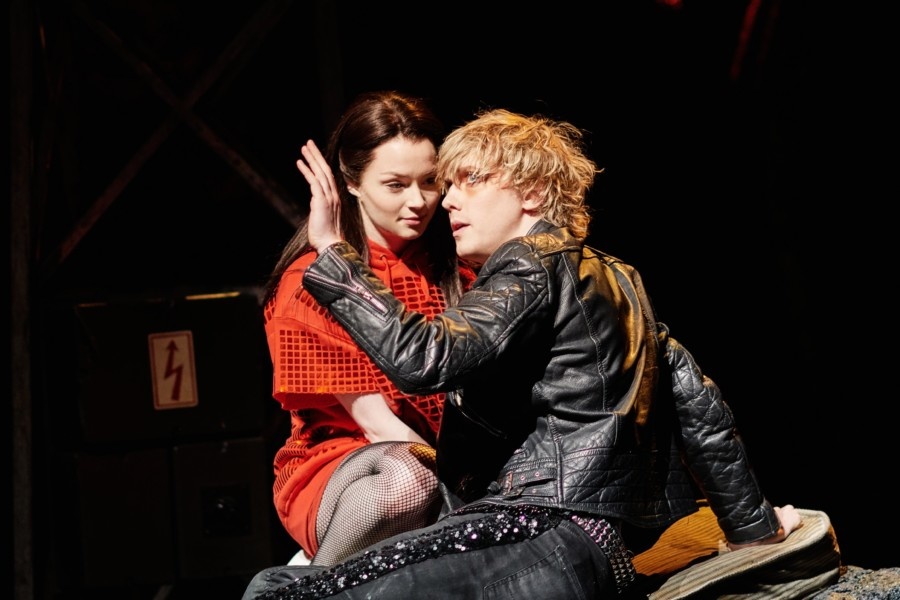 Bat Out of Hell Misses Rising To The Top

I grew up on the album “Bat Out of Hell,” so hearing the songs of Meat Loaf brought me back to my youth. Thankfully “I’d Do Anything for Love (But I Won’t Do That),” “Paradise by the Dashboard Light,” and “It’s All Coming Back to Me Now” all sounded glorious. The singers in the show are fabulous, the dancing not so much. Just when you thought, well at least this can be a great concert, the annoying choreography by Xena Gusthart was never ending. Think Michael Jackson’s “Thriller” only disjointed, exhausting and a lot of movement not on the beat.

Then there was the lame storyline by Jim Steinman, who also wrote the music, lyrics and a book that made almost no sense. Steinman’s last musical was the 2002 flop Dance of the Vampires. Bat Out of Hell The Musical is part A Clockwork Orange, mellowed into a apocalyptic Peter Pan. Set in a time after the chemical wars, you have the lost boys whose DNA was frozen making them forever 18. They are led by a rock and roller named Strat (Andrew Polec). Not affected by the wars and ruling over the rest is dictator Falco (Bradley Dean), and his resentful wife, Sloane (Lena Hall). Their 17 year old daughter Raven (Christina Bennington), has fallen for the rebel and he her. The two are like a modern day Romeo and Juliet, when he is killed in a motorcycle accident, it is her blood that saves him.

In Act Two, a boy named Tink who loves Strat, sings a major ballad and is killed. When he does Strat chooses him over Raven rubbing blood all over his chest.

Adding another element is Jagwire (Tyrick Wiltez Jones) and Zahara (Danielle Steers), the later nearly steals the show with her Cher like moments, especially with the crowd winning “Two Out of Three Ain’t Bad”.

Bennington has dazzling voice and a chemistry with the hot Polec, who is nearly sewed into his leather pants. The two duet in perfect harmony.

Hall (Tony winner for Hedwig and the Angry Inch) and Dean (The Last Ship). Taking “Paradise by the Dashboard Light,” “It’s All Coming Back to Me Now” and “What Part of My Body Hurts the Most” to new levels of vocal nirvana.

Thanks to the direction by Jay Scheib, the show is a mash-up of comedic over the top camp, gender neutrality and open laughter during the most serious of moments.

Jon Bausor’s work is hit and miss. His quick-changing set is spectacular with the lighting, video and projections out of the Jan Versweyveld’s playbook. However the costumes are out of a 1980’s thrift store that was bombed.

The show runs nearly three hours, with nothing much happening. The show seems like a MTV video. If Bat Out of Hell The Musical was done as a concert minus the choreography the show would have been a success, instead it is more of a nightmare.