Baz Luhrmann’s Moulin Rouge! The Musical Gets Ready to Open on Broadway With Aaron Tveit 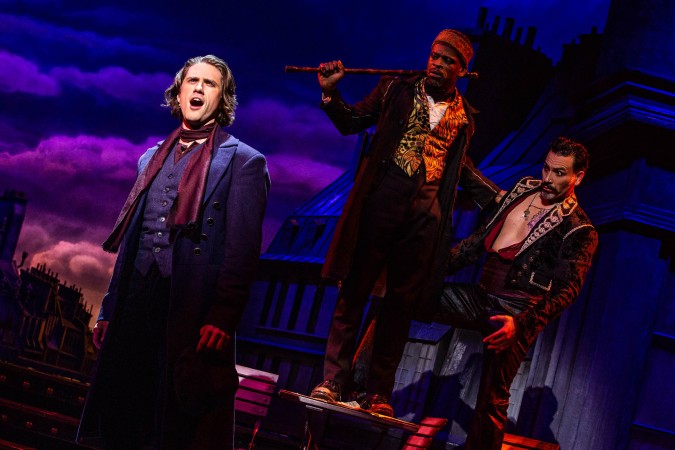 Baz Luhrmann’s Moulin Rouge! The Musical Gets Ready to Open on Broadway With Aaron Tveit

The must anticipated musical coming to New York is Moulin Rouge! The Musical opens July 25 at the Al Hirschfeld Theatre (302 W 45th St.).

The cast includes Karen Olivo (Tony Award® for West Side Story, In the Heights) as Satine, Aaron Tveit (Catch Me If You Can, Next to Normal) as Christian, Danny Burstein (six-time Tony Award®-nominee, Fiddler On the Roof, Cabaret) as Harold Zidler, Sahr Ngaujah (Tony® and Olivier award-nominee for Fela) as Toulouse-Lautrec, Tam Mutu (Doctor Zhivago, Encores!’s Hey, Look Me Over! and The New Yorkers) as The Duke of Monroth, Ricky Rojas (Burn the Floor) as Santiago and Robyn Hurder (Nice Work If You Can Get It) as Nini.

Moulin Rouge! The Musical is based on the 20th Century Fox Motion Picture by Baz Luhrmann.