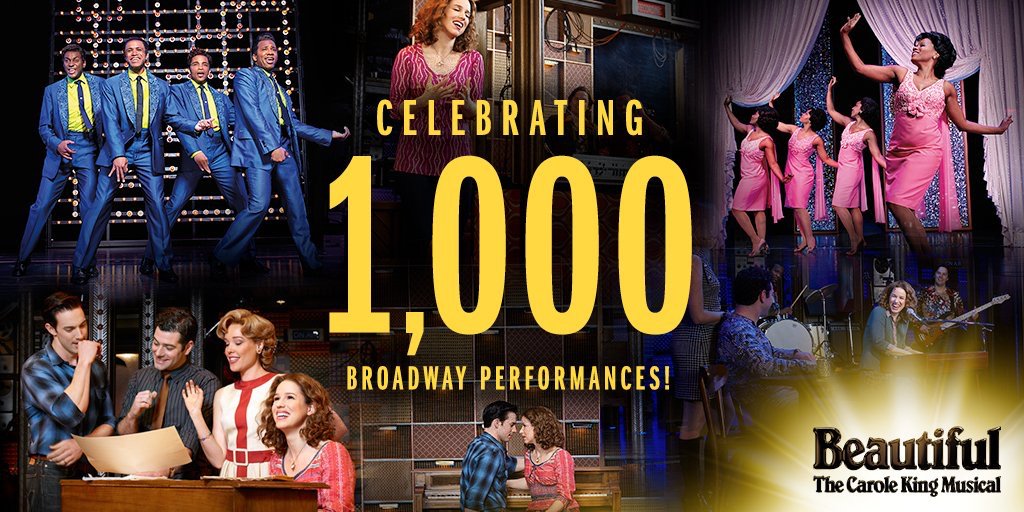 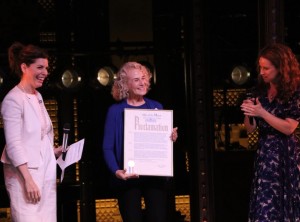 Beautiful – The Carole King Musical celebrated it’s 1,000 performance on Broadway, becoming the longest running show to play at the Stephen Sondheim Theatre (formally known as the Henry Miller Theatre). Carole King was on-hand to celebrate with the cast, and appeared on stage as Julie Menin, the NYC Commissioner from the Mayor’s Office of Media and Entertainment, presented a proclamation on behalf of Mayor Bill DeBlasio, declaring, June 15, 2016, “Beautiful – The Carole King Musical Day.” After the presentation, the cast celebrated with a special cake designed by the Cake Boss. 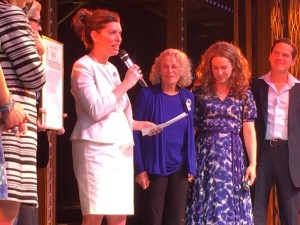 The proclamation declares the following:

Whereas:      New York has long been an incubator for talented performing artists, and Brooklyn native Carole King, the groundbreaking composer, singer and songwriter, exemplifies our city’s phenomenal creative energy. King was captivated by music as a child and found early success at age 17 in 1959 when she co-wrote “Will You Love Me Tomorrow” with her partner Gerry Goffin, which became a number one hit for The Shirelles. The pair wrote several additional hits before King went solo and was catapulted to stardom with the 1971 release of her Grammy Award-winning album Tapestry. During a career spanning more than 50 years, she has been honored by the Kennedy Center and has been inducted into the Songwriters Hall of Fame and the Rock and Roll Hall of Fame. Together with fans far and wide, Chirlane and I applaud Carole King for enriching the soundtrack of our lives and shaping the music scene in New York and around the world.

Whereas:      This year marks the 45th Anniversary of Carole King’s iconic album Tapestry, which remains one of the best-selling albums of all time. Released in 1971, the album spoke to listeners who were enchanted by its soulful lyrics, easy-going tunes and King’s distinctive voice. Featuring such unforgettable hits as “You’ve Got a Friend,” “So Far Away,” “It’s Too Late,” and “Beautiful,” the album spent 15 consecutive weeks at number one on the Billboard album chart – a first for a female solo artist – and it endures as a beloved classic today.

Whereas:      In January 2014, “Beautiful – The Carole King Musical” opened on Broadway, and today the production celebrates its 1,000th performance, making it the longest-running show at Stephen Sondheim Theatre. The Tony Award-winning musical follows the story of Carole King and Gerry Goffin from their early days as struggling writers through to King’s rise as a solo sensation with the success of Tapestry. As the Mayor’s Office of Media and Entertainment continues to invest in our city’s vital theatre industry, Chirlane and I are delighted to join in congratulating all those associated with “Beautiful” on this impressive milestone and for capturing the hearts of Carole King fans old and new. 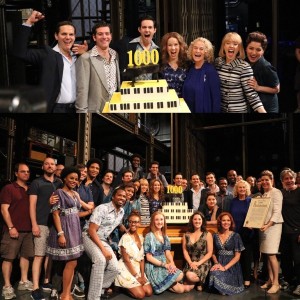 Beautiful opened on Broadway on Sunday, January 12, 2014 at the Stephen Sondheim Theatre (124 West 43rd Street), where is broke all box office records and continues to play to sold-out crowds.