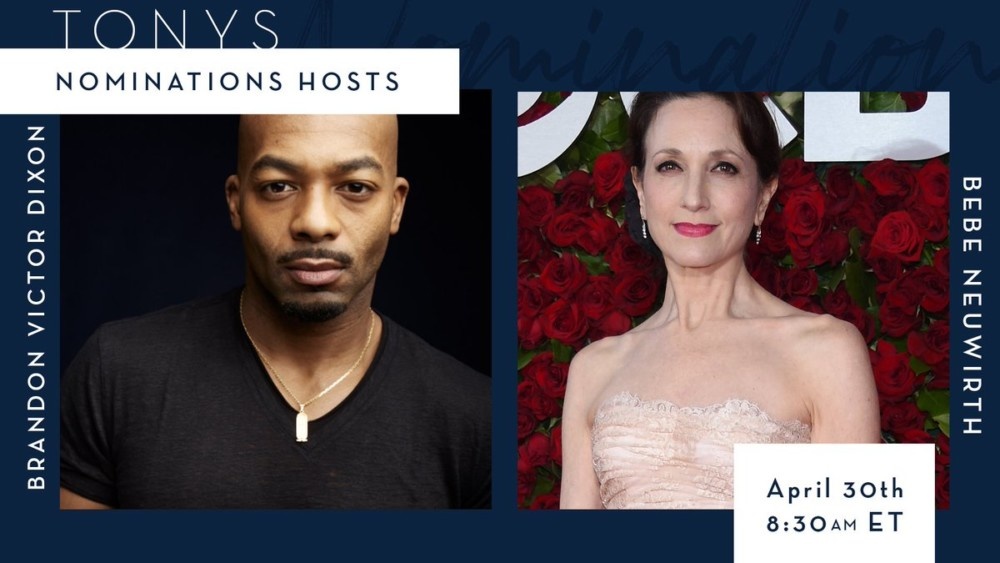 LIVE on Tuesday, April 30th the Tony nominations can be viewed LIVE (8:30am ET) on CBS This Morning and will be live streamed in their entirety at www.TonyAwards.com and www.Facebook.com/TheTonyAwards.  Also in attendance will be David Henry Hwang, Chairman of the American Theatre Wing; Heather Hitchens, President & CEO of the American Theatre Wing; Thomas Schumacher, Chairman of The Broadway League; Charlotte St. Martin, President of The Broadway League.