Before Sweeney Todd With Carolee Carmello At BroadwayCon

Before Sweeney Todd With Carolee Carmello At BroadwayCon 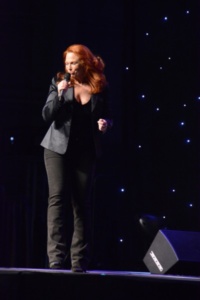 Carolee Carmello has appeared in 14 musicals on Broadway. Last year she was seen as Mae Tuck in Tuck Everlasting and as Mrs. du Maurier in Finding Neverland (which earned her a Drama Desk nomination). She received both a Tony nomination and Drama Desk nomination for her performance in Scandalous, where she portrayed the infamous evangelist Aimee Semple McPherson. Broadway audiences also saw her as Mother Superior in Sister Act; as Mrs. Beineke in The Addams Family (for which she received a Drama Desk nomination and an Outer Critics Circle nomination); as Donna in Mamma Mia!; as Gabrielle in Lestat (Tony nomination, Drama Desk nomination); as Ms. Pennywise in Urinetown; as Kate in Kiss Me, Kate; as Marguerite in The Scarlet Pimpernel; as Lucille Frank in Parade(Tony nomination and Drama Desk Award); as Abigail Adams in 1776; as Cordelia in Falsettos; and as Oolie in City of Angels. Her Off-Broadway shows include john and jen, Das Barbecü, I Can Get It For You Wholesale, Hello Again (Obie Award), A Class Act, The Vagina Monologues, and Elegies. She has been seen on television in “Madam Secretary,” “Smash,” “Law and Order,” “Frasier,” “Ed,” and “Remember W.E.N.N.” (SAG Award nomination). Her concert appearances have taken her across America and Europe, including engagements at Lincoln Center, New York’s Town Hall, and Carnegie Hall. 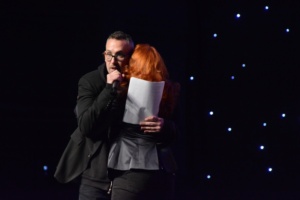 Carolee singing “Don’t Rain On My Parade” from Funny Girl knocked it out of the park at BroadwayCon.

Suzanna BowlingNovember 18, 2022
Read More
Scroll for more
Tap
The Tempest: A Fond Farewell to a Political Prisoner
Natasha, Pierre and the Great Comet of 1812 and The Lion King at BroadwayCon