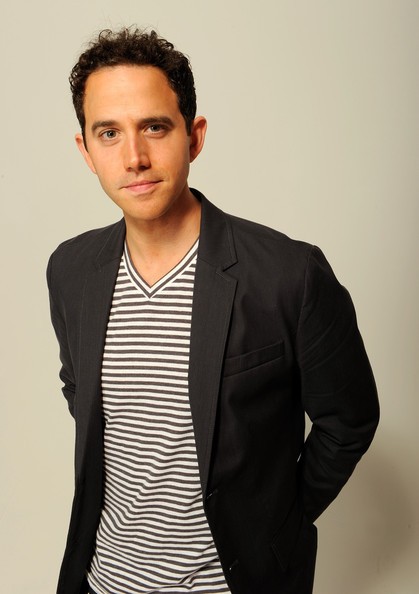 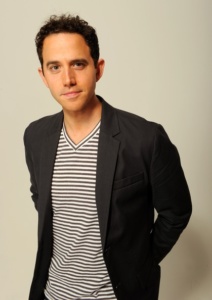 Gingold Theatrical Group (David Staller, Artistic Director) today announced that Santino Fontana (soon to star as Michael Dorsey in the new musical Tootsie) would join the next presentation of the 13th Season of Project Shaw, a special series of evenings offering some of Shaw’s greatest works and those of his contemporaries, presented monthly at Symphony Space’s Leonard Nimoy Thalia Theatre (2537 Broadway at 95th Street).

The 13th season continues on February 19th with Pygmalion, one of Shaw’s most beloved plays, the basis for the musical, My Fair Lady (returning to Broadway later this season!). Artistic Director David Staller directs.

Henry Higgins (Fontana), professor of phonetics, makes a wager that he can train a bedraggled Cockney flower girl, Eliza Doolittle, to pass for a duchess at an ambassador’s garden party by teaching her to assume a veneer of gentility; the most important element of which, he believes, is impeccable speech. The play is a sharp lampoon of the rigid British class system of the day and a commentary on women’s independence. Written by Bernard Shaw in 1914.

The 13th season will continue with a special cabaret concert at The Players Club devised by Marcia Milgrom Dodge with some of Shaw’s favorite popular songs (April 30), then back at Symphony Space for Shaw’s The Doctor’s Dilemma  (May 21st), Buoyant Billions (June 18th), Back to Methuselah (Part 1 – October 22nd, Part 2 – November 19th), and from Shaw’s contemporaries, Chicago by Maurine Dallas Watkins (the basis of the long running musical, on July 23rd), The New Word by J. M. Barrie & O’Flaherty along with Shaw’s V.C.  (September 24th), and The Enchanted Cottage by Arthur Wing Pinero (December 17th).

“It’s no wonder this is almost always at the top of everyone’s favorite Shaw play list. It’s got everything a great play should have: a great premise, scintillating characters, laugh out loud humor, and at its core the vital heart of the human journey we all must go through toward connecting to ourselves. Its immortality was sealed with the meteor-like success of the musical, of course, and we’ve had an overwhelming number of requests to include it this year! This will give our friends a chance to experience the play without the songs before heading over to Lincoln Center,” said Mr. Staller.

All the plays in this series will be presented in a concert-reading format at the Leonard Nimoy Thalia Theater at Symphony Space, 2537 Broadway at 95th Street. Tickets are $35 and are available by calling (212) 864-5400 or online at www.symphonyspace.org.  Special reserved VIP seating available for $50 by contacting the Gingold office 212-355-7823  or  info@gingoldgroup.org. Symphony Space’s Leonard Nimoy Thalia Theatre space is completely accessible. Tickets for the Shaw Concert on April 30th may be purchased at OvationTix.

Now celebrating its 13th year, Gingold Theatrical Group’s Project Shaw made history in December 2009 as the first company ever to present performances of every one of Shaw’s 65 plays (including full-length works, one-acts and sketches). They are now also including plays by writers who most inspired Shaw to begin his playwriting career, including work by Chekhov, Ibsen, Wilde, Barrie, and Harley Granville-Barker — while continuing its new play development and educational programs. For those interested in lively off-site discourses, each Project Shaw event is followed by a talk-back with cast members. GTG’s David Staller and Stephen Brown-Fried are also hosting a monthly Shaw Club discussion group.  Always lively, they meet the Monday evening after every Project Shaw event at 520 8th Avenue.  For reservations, which are required, call 212-355-7823 or email info@gingoldgroup.org.

For more information about Project Shaw and Gingold Theatrical Group contact 212-355-7823 or info@gingoldgroup.org, or visit online at www.gingoldgroup.org