Being Called a Racist For Reporting The Truth 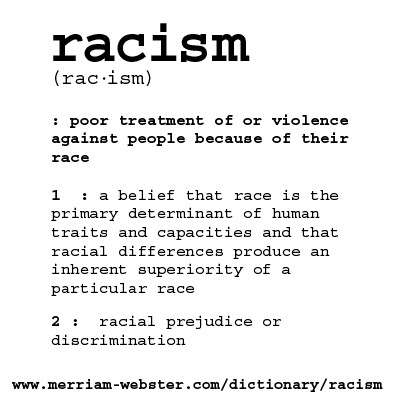 Being Called a Racist For Reporting The Truth

Today I was called a racist not once, but twice for an article I wrote on the murder of 4 children. My crime was that these children were white. On Facebook when accused I wrote, “you are entitled to your opinion, but how is this racist? These kids were all brutally murdered. That is a fact. The mainstream media refused to cover this because of who killed them and that is a fact. Look at the links. I did this for their parents. Imagine having a child 5, 12, 17 or 18 all of whom were good kids, were ready to live their lives and instead their parents are left to grieve and suffer the loss of their beloved family. No graduation, no college, no marriage, no grandkids, no years of love. Just pain. Is it racist to give them some solace, maybe in the world you live in, but not mine. PLEASE UNFRIEND ME it is obvious, we should have never been friends.”

The other person who accused me did so by writing to a company in which I was involved. They stated “To publish an entire section of crimes committed by Black people towards white people- in a paper whose content is supposed to be about Theatre, Music and all thing Times Square…. troubling.” Saying that the Times Square Chronicles is only an arts paper, was the first untruth. We are not, we cover issues that affect New Yorkers. The murder of 5-year-old Cannon Hinnant is National news now.

The article that has people falsely calling me as racist is
https://t2conline.com/why-are-these-lives-being-ignored/

Please read it. 4 beautiful children were brutally murdered by black teenagers and mainstream media is not writing about it. The only time mainstream media writes about these crimes is when it suits their needs. I am sorry people see reporting the truth and giving solace to grieving parents as racist. What is racists is not reporting these crimes.

The definition of racist is:

“Poor treatment of or violance against people because of their race.”

“A person who shows or feels discrimination or prejudice against people of other races, or who believes that a particular race is superior to another.”

The fact that people are calling me a racist for reporting the truth, is alarming to say the least. I am not discriminating over race, actually I am doing the exact opposite. I don’t believe anyone is superior over another. Who is racist are the killers.

If we are silent as 5, 12, 17 and 18 year olds are brutally murdered no matter what their color, what does this say about us as a human race?

Brad BalfourSeptember 15, 2020
Read More
Scroll for more
Tap
My View: Forget “Like” On Facebook-Time For A Real Thumbs Up
MTA Is Threatening 40% Cuts and 7,200 Job Losses As Their Portfolio is Rich