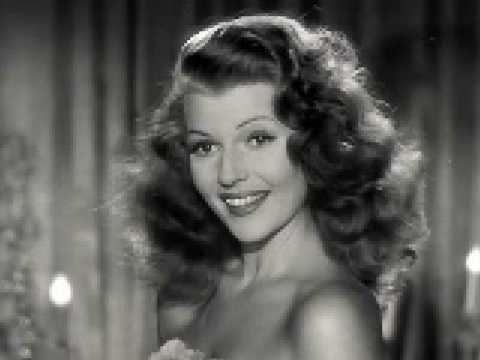 Being With A Sex Goddess On Her Birthday: A Homage to Rita Hayworth’s Centennial

Being With A Sex Goddess On Her Birthday: A Homage to Rita Hayworth’s Centennial

Today would have been Rita Hayworth’s 100th Birthday. In honor of this legend. A loving tribute from her former agent and friend

Each year on October 17th, I find myself looking back at one of my fondest memories of being with the world’s most famous sex goddess on her 50th birthday. The first time I saw her in the movie Blood and Sand I couldn’t have dreamed that one day I would be one of Rita Hayworth’s best friends, let alone her agent.

I had brought Rita to Spain to replace the legendary Joan Crawford in the Italian co-production of I Bastardi. The producers had given her a surprise birthday party on the set the night before and they told me she could have the day off to enjoy her birthday.

I told her that I had a special day planned in Toledo, which was just an hour away from Madrid. We visited the home of the painter El Greco, saw Goya’s famous paintings, and marveled at the great “Portrait of Innocent” and “Las Meninas” of the master Diego Velazquez in the historic Santa Iglesia cathedral. I also arranged an intimate lunch in an old cave, which was a Four Seasons restaurant. Paella and roast pheasant were her favorite dishes that day. At the end of the afternoon, as we sat in the town square waiting for our driver to arrive, a paparazzi spotted us and took the photo of  Rita and I…it went around the world that same day!

Born Margarita Cansino in Brooklyn, Rita went from a childhood performing with her parents in vaudeville to become one of America’s top-25 film stars of all time (according to the American Film Institute). She was known for her striking beauty, screen presence, and dancing ability. She appeared in 61 films over 37 years and co-starred with the biggest names of the day including Douglas Fairbanks, Jr., Anthony Quinn, Tyrone Power, Gene Kelly, Glenn Ford, Orson Welles (her husband at the time), Robert Mitchum and Frank Sinatra. Co-star Fred Astaire named her his favorite dancing partner.

During World War II, she was American soldiers’ favorite Pinup Girl. She used her fame to boost morale during the war, performing with the USO, visiting injured soldiers, and selling war bonds. She purchase the first war bond of 1943 on a nationally-broadcast radio show.

Her longest-lasting legacy may, however, be her contributions to the fight against Alzheimer’s Disease, which has become one of the greatest public health threats of our time. Before she died from complications of Alzheimer’s in 1987, she showed great courage in going public with her diagnosis. By doing so she increased awareness of and reduced the stigma associated with the often misdiagnosed disease. In her memory, her daughter Princess Yasmin Aga Khan has raised over $70 million for Alzheimer’s research and treatments.

Her longest-lasting legacy may, however, be her contributions to the fight against Alzheimer’s Disease, which has become one of the greatest public health threats of our time. Before she died from complications of Alzheimer’s in 1987, she showed great courage in going public with her

diagnosis. By doing so she increased awareness of and reduced the stigma associated with the often misdiagnosed disease. In her memory, her daughter Princess Yasmin Aga Khan has raised over $70 million for Alzheimer’s research and treatments.

While Rita’s stunning beauty and flamboyant hair contributed to a mesmerizing stage presence on screen, her abilities as a dancer added greatly to her prestige. In his autobiography Steps in Time, Fred Astaire said she was his favorite dancer—an astounding validation given that Astaire’s legendary professional dance partners included the likes of Ginger Rogers, Eleanor Powell, Cyd Charisse, Ann Miller, Audrey Hepburn and Barrie Chase. Today, there are thousands of social media groups and websites around the world with millions of members and fans dedicated to studying and admiring all aspects of Rita Hayworth’s life.

Rita & Budd Moss arrive in Buenos Aires for a special television interview with Argentina’s most popular talk show Lunch with Mirtha Legrand. The stern-looking woman at left rear is Rita’s highly trained German bodyguard! She carried a Luger pistol in a shoulder rig and later shielded Rita when a bomb exploded near their hotel!

I’ve had a lot of unhappiness in my life–and a lot of happiness. Who doesn’t? Maybe I’ve learned enough to be able to guide my daughters -Rita Hayworth 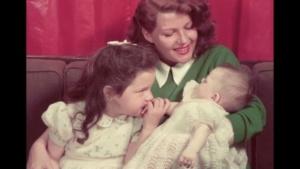 On October 25, 2017, Rita Hayworth’s legacy as a screen icon was further recognized when the first annual Burton Moss Hollywood Golden Era Award was dedicated to Rita and accepted by her daughter, Princess Yasmin Aga Khan. The award was established by Regina Gil (founder & president of the prestigious Gold Coast Arts Center and its Gold Coast International Film Festival) as a special tribute to selected screen pioneers & legends whose lifetimes of dedication and contributions to the film industry are in danger of being forgotten or overlooked by newer, younger filmgoers.

Rita Hayworth’s legacy marches, or perhaps “dances” on…it has been announced that the Academy of Motion Picture Arts & Science (AMPAS) will host a gala event to pay tribute to Rita in the summer of 2019. ¡Viva Rita! ¡Viva Margarita Cansino!