Ben Vereen is Back Lighting Up A Stage

Ben Vereen is Back Lighting Up A Stage 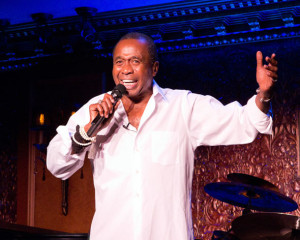 Seeing Ben Vereen on stage, you understand why this Tony, Emmy and Golden Globe Award winner has won so many times. Ten years ago Vereen passed though in the hit musical Wicked and in 1972 he commanded Broadway by playing the Leading Player in Pippin, taking over TV screens in the first commercial for Broadway. Now the 69-year-old entertainer has returned, doing his solo show at Feinstein’s/54 Below. 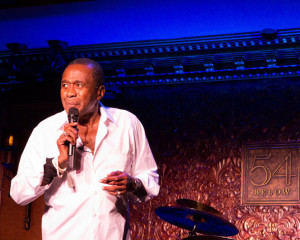 Vereen, is a man who is grateful for being able to do what he loves doing. He is sincere, with deep emotions that come through in his set, designed to make the audience feel good and feel good they do. He has an energy that wraps you around his finger with his hands that consistently keep the spirit of Bob Fosse alive. He has conquered diabetes and is so full of  vitality that he shines with a radiance that is infectious. As Vereen states “I have it, it doesn’t have me.”

From his past shows Pippin, Jesus Christ Superstar, Hair and Wicked the audience is treated to the songs he first sang, but he interestingly adds other songs that he did not sing form these shows into the mix. The songs take on a personal reflection of a life well lived. In “Corner of the Sky” from Pippin and “Defying Gravity” from Wicked they are anthems about over coming illness. Stephen Schwartz and Leslie Bricusse/Anthony Newley songs are highlighted through out the evening.

In Charles Aznavour’s “I Don’t See the Time Go By” Vereen brings the intimacy of cabaret and of a man who has been performing since his twenties.

Back by three fabulous musicians Vereen is generous in doing a solo with each. In “My Funny Valentine” he is accompanied by Mike Boone on a walking bass. With”Misty” (Erroll Garner), drummer Marc Dicianni, turns his drum set into a wild bongo beat which is thrilling and sophisticated. For “At Last” pianist Dave Loeb tinkles the ivories. (I am enclosing the video we shot of that song at the meet and greet)

Not to forget the backs of others he has stood on, Vereen pays tribute to his mentor Sammy Davis, Jr. in a medley of “Candy Man” and a heartwarming “Bojangles.” Passionate about the arts and how they are being taken away from the schools he urges the audience stand up for the arts and Stand up they do with “Stand By Me.”

Ending the evening a bouncy ‘Beautiful Day” and an emotional “For Good” from Wicked. Like the lyric; You’ll be with me like a handprint on my heart this show is touching, joyous and reaffirming.