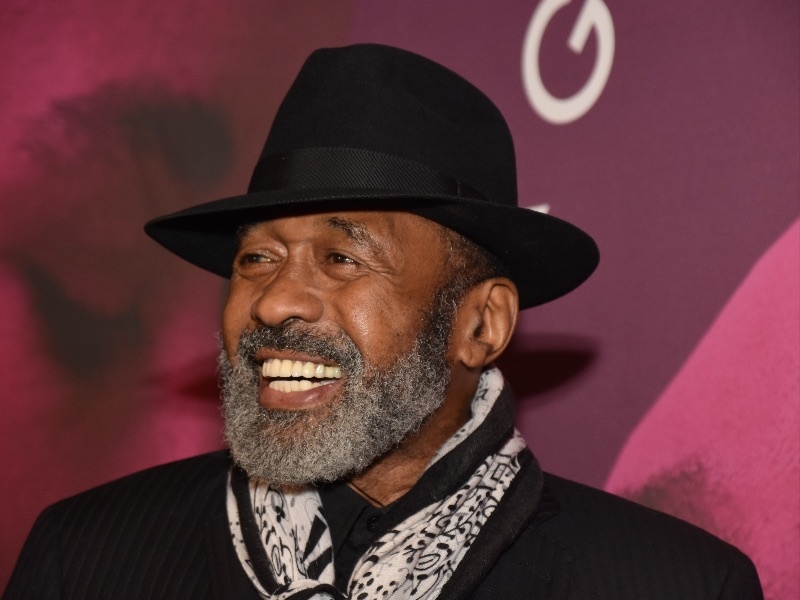 As part of the evening’s festivities, there will be a VIP cocktail reception with Ben Vereen; performances by the award-winning Uniondale (NY) High School show choir, Rhythm of the Knight; and the presentation of the Lifetime Achievement Award followed by a special, intimate conversation with Mr. Vereen, led by Frank DiLella, the Emmy Award-winning host of “On Stage” seen on Spectrum News’ NY1. The evening will conclude with a dessert reception. For information and tickets, please call 516-829-2570, or visit the Gold Coast Art Center’s website www.goldcoastarts.org.

“Ben Vereen’s talent and versatility as a singer/dancer actor/performer, coupled with his ardent advocacy for the arts, made him the ideal choice to receive the Gold Coast Arts Center’s Lifetime Achievement Award,” stated Ms. Gil. “From his Tony Award-winning role in Pippin, stellar performance in such musicals as Jesus Christ Superstar, Fosse, Chicago and Wicked to his brilliant performances in films like Sweet Charity and All That Jazz, there are few entertainers as accomplished and recognized as Mr. Vereen. And, let’s not forget his memorable role as Chicken George in the groundbreaking television series Roots that made Ben Vereen a household name.”

Vereen has spoken before Congress in defense of the National Endowment for the Arts against proposed budget cuts. For his humanitarian efforts, he has received several awards including Israel’s Cultural and Humanitarian Award, three NAACP Image Awards, and an Eleanor Roosevelt Humanitarian Award. Ben Vereen has also been inducted into The Theatre Hall of Fame and the Dance Hall of Fame, and he has received the Broadwayworld.com’s Cabaret Award for Best Celebrity Male Vocalist.

Among Ben Vereen’s recent projects include the television series “Bull” and “Magnum P.I.,” both on CBS; FOX’s “Star” produced by Lee Daniels; “Sneaky Pete” with Bryan Cranston (Amazon), “Rocky Horror Picture Show” (20th Century Fox); “Time Out of Mind” with Richard Gere and “Top Five” with Chris Rock.  He is currently working on his new Broadway musical, “Reflections,” written by Joe Calarco, to be directed by Tony-nominee Josh Bergasse with music by Stephen Schwartz.

Performing at the tribute to Ben Vereen will be the award-winning Uniondale High School’s show choir, Rhythm of the Knight, the 2018 Fame Show Choir National Champions. Known for their vibrant energetic style, Rhythm of the Knight has performed at numerous venues, competitions, and events in the greater New York Tri-State area and beyond, and has been featured on NBC’s “Today,” CNN, “FOX and Friends,” FOX 5’s “Good Day NY,” ABC’s “Here and Now,” FiOS1 News, News12 Long Island, and in Newsday and the New York Times.

Uniondale Schools are a partner with the Gold Coast Art Center’s Kennedy Center Partners in Education initiative that assists underserved communities in developing a plan for expanded arts education, ensuring access to the arts for all students in grades K-8.

The Gold Coast Arts Center is a 501(c)(3) organization dedicated to promoting the arts through education, exhibition, performance, and outreach. Located on the North Shore of Long Island, it has brought the arts to tens of thousands of people throughout the region for 25 years. Among the Center’s offerings are its School for the Arts, which holds year-round classes in visual and performing arts for students of all ages and abilities; a free public art gallery; a concert and lecture series; film screenings and discussions; the annual Gold Coast International Film Festival; and initiatives that focus on senior citizens and underserved communities. These initiatives include artist residencies, after-school programs, school assemblies, teacher-training workshops, and parent-child workshops. The Gold Coast Arts Center is an affiliate of the John F. Kennedy Center for the Performing Arts Partners in Education program, and the National Gallery of Art in Washington, D.C. More information can be found at www.goldcoastarts.org.

Suzanna BowlingJanuary 24, 2023
Read More
Scroll for more
Tap
I Can’t See – A Must See
Kathy Bates to be Honored at the 19th Annual The 24 Hour Plays