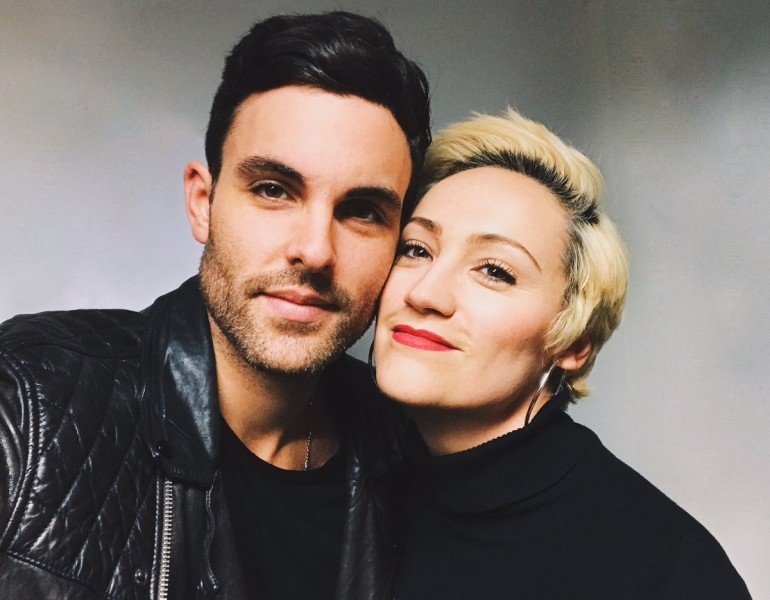 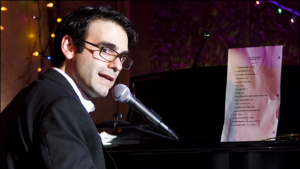 The National Alliance for Musical Theatre’s Festival of New Musicals kicked off with a 46th Minute concert hosted by Joe Iconis, which featured songs from this year’s event. The festival is took place October 27-28 at New World Stages, and will feature a host of Broadway, TV, and film performers including Hamilton’s Nicholas Christopher, Newsies actor Corey Cott, Jonah Platt (Wicked), Judy Gold (Clinton the Musical), Ciara Renée (Tick, Tick…Boom!), Kecia Lewis (Once on this Island), and Mamie Parris (Cats, School of Rock). 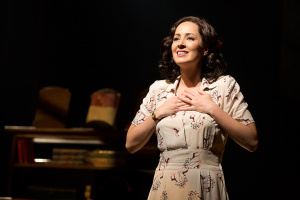 Based on the MGM movie Benny (Andrew Samonsky) has taken care of his psychologically troubled sister Joon (Hannah Elless) since their parents died over a decade ago. Benny now in his early 30s, and Joon in her early 20s, but, ten years on, not much has changed. A mechanic with his own garage, Benny feels he is a master at managing the life they’ve ended up with. But when they take in a strange young man named Sam (Zak Resnick), who is like a modern Buster Keaton, everything changes. The musical  explores the challenge of navigating life and love in an imperfect world. Jack Cummings III directed; Charity Wicks was music director. The cast also included Colin Hanlon, Andrew Kober, Parris, Zak Resnick, Tally Sessions, and Natalie Toro. Benny & Joon was beautifully sung and acted and if I had money I would produce this. It is charming, tuneful, witty, with dialogue that makes sense, a really fabulous new sound with rifting beats and has a solid movie fan base. The adorable Ms. Elless is a musical theatre find. Vocally she can sing anything, but it is her timing and realism that makes Joon pop. Zak Resnick as Sam also had a moment with his number and Andrew Samonsky always finds the perfect notes.

Since these are new shows I will only comment on one other….Lempicka. Set in Paris against the backdrop of the rising fascist tide, Lempicka follows the artist Tamara de Lempicka as she flees the Russian Revolution, transforming herself from penniless refugee to rising star of the art world. But when she falls into a forbidden love affair— with her muse, Rafaela (Gabrielle Stravelli)— will she lose it all, again? The cast included; Jennie Harney, Adam Hyndman, Michael McCorry Rose, Jessica Molaskey, Steven Rattazzi, Zak Resnick, Lindsay Roberts and Rhyn Saver. Originally Cassie Levy was suppose to sing the titled role, but she got sick and in steps Eden Espinoza who every time she opened her mouth she blew the audience away. What a voice. I knew she was good but surprisingly I only knew of her by name and from Scott Allen. This girl is a bonfire star. She takes an audience and gently and seductively wraps them around her little finger. She could sing the alphabet and I would most likely pay to see her. Gabrielle Stravelli also was a jazzily impressive.

This year I only had a chance to sit though half of whatI normally do but I can tell you,  there are some talented artist out there and they need to be produced.