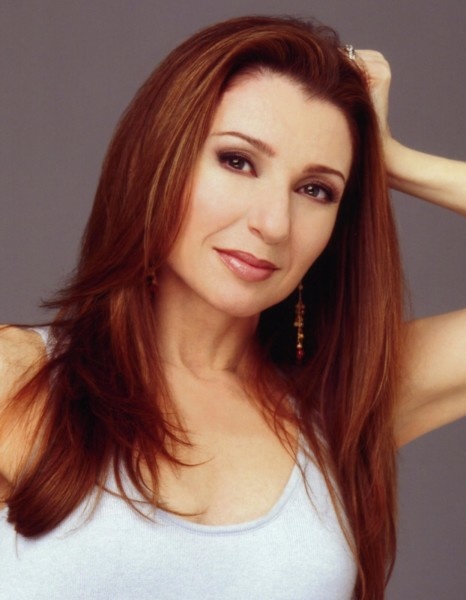 Urban Stages’ Board of Directors and founding artistic director Frances Hill are excited to announce that this year’s presenters will be Tony Award Winner, Broadway’s Bernadette Peters who will present the award to Donna Murphy, and Emmy Award winner and celebrated journalist Anthony Haden-Guest will present to Edwina Sandys as they celebrate 35 years of acclaimed Off-Broadway plays/musicals and art programming at The Central Park Boathouse on Monday, May 15 at 6:30 pm.

For over 35 years, Urban Stages has presented stories that needed to be told in a way that is accessible to audiences everywhere, from their mainstage productions to their celebrated Outreach Program that brings plays to New York’s outer boroughs. Part of Urban Stages’ long history is recognizing and elevating talented women artists. This year, Urban Stages’ is thrilled to celebrate the Year of Women. What better way than to honor Women in the Arts by recognizing Broadway’s Donna Murphy and acclaimed artist Edwina Sandys with Urban Stages’ 2019 Lifetime Achievement Awards. Murphy is a two-time Tony Award & Emmy Award-winning actress. She was named a living legend of New York theater by New York Magazine. Sandys was awarded the United Nations Society Writers & Artists Award for Excellence. The United Nations has installed five monumental sculptures by Sandys at their centers around the world.

The gala fundraiser will note Urban Stages’ history of premiering new plays/musicals that go on to bigger venues and/or publications, championing up-and-coming artists who then sustain long careers, and making art and theater available for all through their Outreach Program.  Included in Urban Stages’ Off-Broadway history are the award-winning musical  Langston in Harlem (2010) by Walter Marks (music and book), the Pulitzer-Prize nominated Bulrusher (2007) by Eisa Davis, the recently critically-acclaimed Death of a Driver (2019) by Will Snider, and Comfort Women (2004) by Chungmi Kim; a play subsequently performed hundreds of times in schools, theaters, and organizations in Korea. Away from Urban Stages’ MainStage, its Outreach program tours admission-free plays and workshops to all five boroughs of New York City, holds extended art residencies in places like senior centers and conduct an annual summer theater camp for young aspiring artists. Annually, Outreach reaches thousands of New Yorkers and nearly 100 neighborhoods, particularly communities with historically limited access to arts and education.

Tickets for Urban Stages’ Benefit Gala are available at UrbanStages.org or via phone: 212.421.1380

Donna Murphy is one of the most acclaimed and beloved theater actresses of her generation, celebrated for her range and versatility. A two-time Tony Award winner for Passion and The King and I, other theater highlights include Hello, Dolly! The People in the Picture (Roundabout Theater Co), LoveMusik (Manhattan Theater Club), Wonderful Town, Into the Woods and Helen for the NYSF, Hello Again and Twelve Dreams for Lincoln Center Theater, Anyone Can Whistle and Follies for Encores! She was honored with the Drama League Award for Outstanding Achievement in Musical Theater and has earned five Tony Award nominations, and multiple Drama Desk and Outer Critics Circle Awards. The New York Times recognized Murphy as one of film’s most gifted character actresses for her performances in Vera Farmiga’s Higher Ground and Todd Solondz’s Dark Horse. Other memorable film performances include Center Stage, Spider-Man 2, Star Trek: Insurrection, and the voice of Mother Gothel in Disney’s Tangled. For television, Murphy has appeared on many shows including The Blacklist, Quantico, Resurrection, Royal Pains, The Good Wife, CSI, PBS’ Civil War drama Mercy Street and upcoming: Starz’ Power. For her work in HBO’s Someone Had to Be Benny, she earned a Daytime Emmy Award.

Edwina Sandys’ artistic appeal lies in her recognizable style, using positive and negative images to dramatic effect. Edwina has created art of international acclaim. For the 1979 United Nations’ Year of the Child, she created monumental sculptures, installed at UN centers in New York, Geneva, and Vienna. A decade later she created Woman Free again, for the UN Center in Vienna. In 1989, to mark the end of the Cold War, Edwina used sections of the Berlin Wall to create the sculpture, Breakthrough, for Westminster College, Fulton, Missouri. Edwina frequently explores the relationships between Man and Woman. Major works include her series The States of Woman for the New York Academy of Sciences, and her iconic Eve’s Apple in Windsor, Ontario. The Marriage Bed is in the permanent collection of the Brooklyn Museum of Art. Edwina relates her work to the global issues of our time; environment, war and peace, and in particular women’s causes. Her art reaches a broad audience through her many publications, including Edwina Sandys ART, and the PBS documentary  One Bite of the Apple. Edwina recently installed Paradise Regained for the Opportunity preschool in West Palm Beach. She is currently at work on Finest Hours to be installed in Detroit. British born Edwina Sandys has lived in New Yorker since the 1980s and was married to the late architect Richard Kaplan.

Urban Stages(Producer) is an award-winning, not-for-profit, Off-Broadway Theatre Company founded in 1984 by current Artistic Director Frances Hill. For 35 years, Urban Stages has produced dozens of world, American and NY premieres. The theater has been honored with awards, nominations, and recognition from the Drama Desk, Obie Awards, Audelco, Outer Critics Circle and more. Our world premiere of the musical Langston In Harlem by Walter Marks (music and book) and Kent Gash (book and direction) garnered a Drama Desk Nomination, a Joe A. Calloway award and 4 Audelco Awards including Best Musical Production of 2010. Critically acclaimed hits Mabel Madness by Tony-winner Trezana Beverley (2016), Communion by Daniel MacIvor (2016) and Angry Young Man by Ben Woolf (2017) which transferred to the John Drew Theatre at Guild Hall in East Hampton have premiered at Urban Stages. Unseamly by Oren Safdie (2015) and Honky (2013) by Greg Kalleres were a NY Times Critics’ Picks. The latter saw a regional run at San Diego Rep and was televised nationally on PBS in late 2015. Jim Brochu’s Character Man (2014) was nominated for a Drama Desk and an Outer Critics Circle award for Best Solo Performance. 1996’s Men on The Verge Of A Hispanic Breakdown by Guillermo Reyes and Minor Demons by Bruce Graham both moved to commercial theatres. Chili Queen, a play by newscaster Jim Lehrer, transferred to the Kennedy Center in Washington, D.C. (1989). My Occasion of Sin (2012) by Monica Bauer won critical acclaim when it moved to Detroit Rep. Bill Bowers has toured regionally and internationally with his two Urban Stages’ premieres blending mime and theatre – Beyond Words (2012) and Under A Montana Moon (2002)! Some Urban Stages premieres have even been developed into film and television projects such as Scar by Murray Mednick, Conversations with The Goddesses by Agapi Stassinopoulos, and Cotton Mary by Alexandra Viets. Additionally, annually we hold Winter Rhythms, a music festival featuring famous and up-and-coming Cabaret, musicians, lyricists, and other music artists. In 2016, Winter Rhythms was honored with the Bistro Award for Outstanding Series, and in 2015, it received the Ruth Kurtzman Benefit Series MAC Award from the Manhattan Association of Cabarets and Clubs.

Urban Stages is equally known for its Outreach Program. For over 25 years, Outreach has brought plays and workshops to all five boroughs of NYC in over 200 events a year. A repertoire of 20+ multi-cultural programs, ranging from plays that explore science and spotlight historical figures to dance and music workshops. Each show caters to specific age groups, from toddlers to families to Adult Learners. Many of the neighborhoods reached have historically limited access to art and education. Programs travel mainly to libraries and non-profit organizations. They are all admission-free for patrons. For artists, the Outreach Program offers paid opportunities through commissions, royalties and the ability to reach diverse audiences. Under the Outreach Umbrella are our art residencies – extended programming catered specifically to communities. In the past, residencies were in place in LGBTQ homeless centers, senior centers, centers helping women reclaim their lives from incarceration and drug abuse and various non-profit agencies. Lastly, an annual Summer Theater Camp for 10-15 years olds is held on Urban Stages’ Off-Broadway stage. Professionals teach campers about all aspects of theatre, and the campers collaborate on an original musical. Partial scholarships make this summer camp one of the most affordable specialized camps in NYC.