Best Comedians On Tour This Year 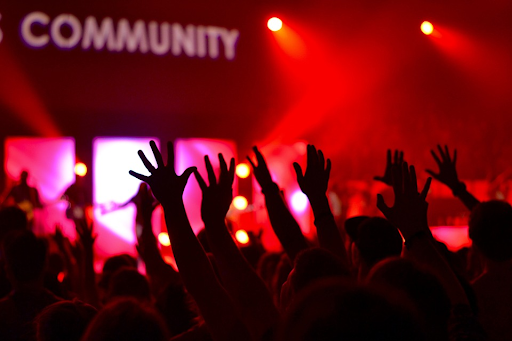 Best Comedians On Tour This Year

Seeing a comedian live is an amazing experience. You get to see how they interact with their audience and how they add a little local flare to their performance. Each comedian typically changes their routine slightly depending on their location and audience, and seeing these subtle differences is always fun. However, the best part of seeing a comedian is the experience that surrounds it. Being able to witness one person that can make thousands of people bust into gut-wrenching laughter with ease is something that is truly amazing. Seeing a comedian on tour is definitely recommended, as there aren’t really any other experiences quite like it. So that begs the question, who should you see when you go to your first live comedy show? Here are the best comedians on tour this year.

As a rising comedian, John Mulaney has experienced a ton of recent success. He now has had a multitude of tours under his belt, along with several Netflix specials to go along with them. This year, Mulaney is touring with embattled Saturday Night Live star Pete Davidson, forming an interesting duo. Mulaney is much more formal and can generally be included in the category of clean comedians. However, Davidson is very vulgar and upfront, creating a very exciting juxtaposition. If you’re looking for an interesting comedy show, then you have to check these two out.

When thinking of big names in modern comedy, Adam Sandler is one of the first that comes to mind. Although he may have fallen on some hard times recently, Sandler is still a heavy hitter in the comedic world. He has starred in multiple big-time movies, and is generally considered to be a common household name. However, this year Sandler is returning back to his stand-up roots by touring the country. Sandler is even hosting Saturday Night Live in the coming weeks, hinting that his return to stand-up may be serious. If you’re looking for a big name comedian to see live, then you can’t go wrong with Sandler.

Famous for his sound effects and impressions, Gabriel Iglesias has been touring for several years now. Iglesias’ jokes and delivery are on point, but his true call to fame is his sound effects. Iglesias is able to seamlessly integrate these sound effects into his skits and jokes, making for a hilariously good time. Iglesias is also a great storyteller, making his jokes that much more effective. As a great all-around comedian with many strong points, a Gabriel Iglesias show is must-see live entertainment.

When Trevor Noah took over for Jon Stewart as the host of “The Daily Show”, many people questioned whether or not he’d be able to live up to the task. Thankfully, Noah was able to call upon his past experience as a stand-up comedian in order to continue the high quality comedy of the Daily Show. In addition to hosting the Daily Show, Noah also has several stand-up Netflix specials, making him a well versed comedian. Now, Noah combines all of his talents in order to create truly incredible skits and sketches for both his stand-up and his hosting gigs. If you’re looking for well versed comedian, then you definitely should check out a Trevor Noah show.