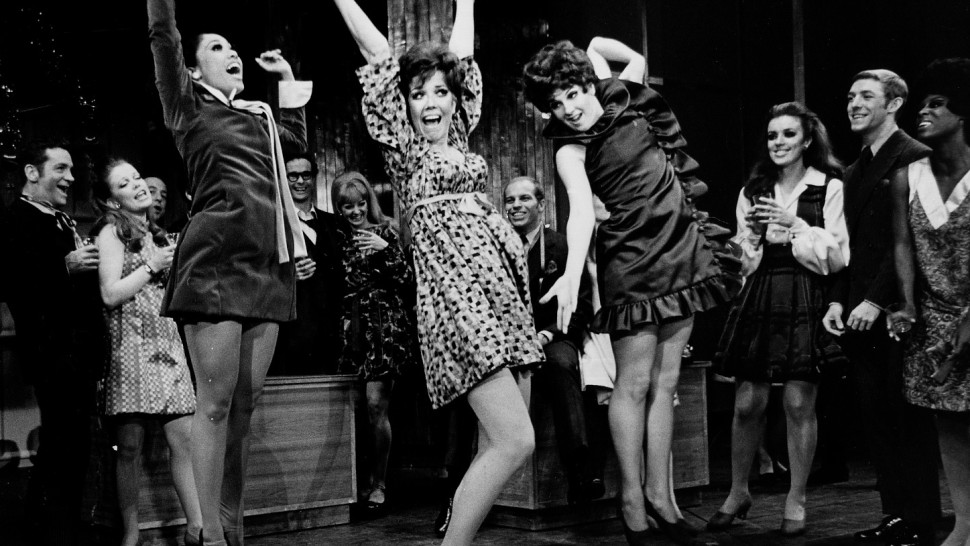 With all the Tony shows taken off the air tonight, T2C gives you their 10 Best Tony Dance Moments, with one extra show that we loved!

#1 Michael Jeter and Brent Barrett perform “We’ll Take a Glass Together” from Grand Hotel on the 1990 Tony Awards telecast. Choreographed by Tommy Tune.

#4: Donna McKechnie’s brilliant dance “Tick Tock” from Company. Choreographed by Michael Bennett. If you compare “Tick Tock” to “The Music and The Mirror” from A Chorus Line you will see that most of the dance moves translated into to this version since it was cut from Company.

#7 From 1983 My One and Only ” Kicking The Clouds Away ” Tommy Tune, Twiggy tapping with an amazing ensemble.

#9 Bring in ‘da Noise, Bring in ‘da Funk 1996 Tony Awards. Savion Glover made a name for himself as a choreographer with this ode to street dancing and tap.

#10 Newsies showed their stuff at the 2012 Tony Awards. Christopher Gattelli added his name to the list of choreographers to take notice of.

Show that should have gotten more love. Savion Glover’s choreography for Shuffle Along or, the Making of the Musical Sensation of 1921 and All That Followed was amazing and breathtaking. All the love in 2016 went to Hamilton.